With 30 games remaining on the calendar, Drop the Puck takes a look at the season thus far. 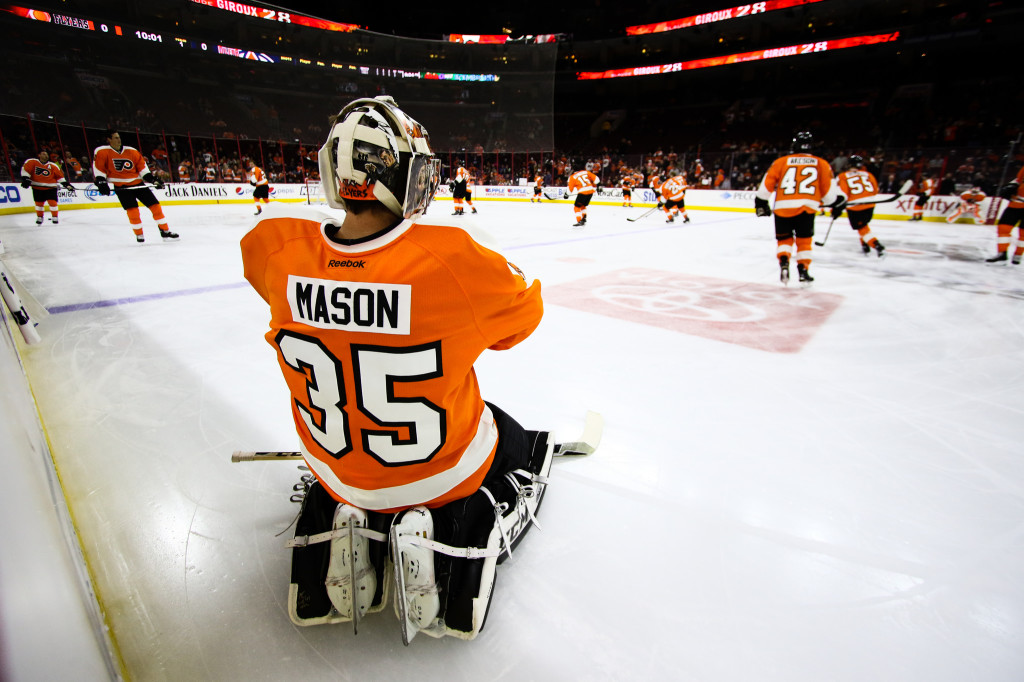 After concluding the first half of the 2014-15 NHL season with a slugfest against their cross-state rivals, the Pittsburgh Penguins, the Philadelphia Flyers headed into the All-Star break with a fairly disappointing 19-22-7 record (45 total points).

Whether the momentum generated by Jake Voracek’s six-point All-Star performance or Zac Rinaldo’s eight-game suspension was a factor, the team has crawled back to the .500 mark, going 4-0-1 in its last five games (now 22-22-8, 51 points), good for fifth in the Metropolitan Division.

The Flyers are currently nine points outside of a wild-card spot, chasing the Boston Bruins, and 12 points away from the divisional playoff seed held by the New York Rangers.

The Flyers entered the break positively, putting forth an effort against the Penguins that had been largely absent throughout most of the season. Their passion and drive to win showed in the way the players stood up for each other, persevered, and refused to back down against a talented opponent.

They will need to harness that attitude if they want to make a run at the playoffs, because in the first half, it simply was not there. 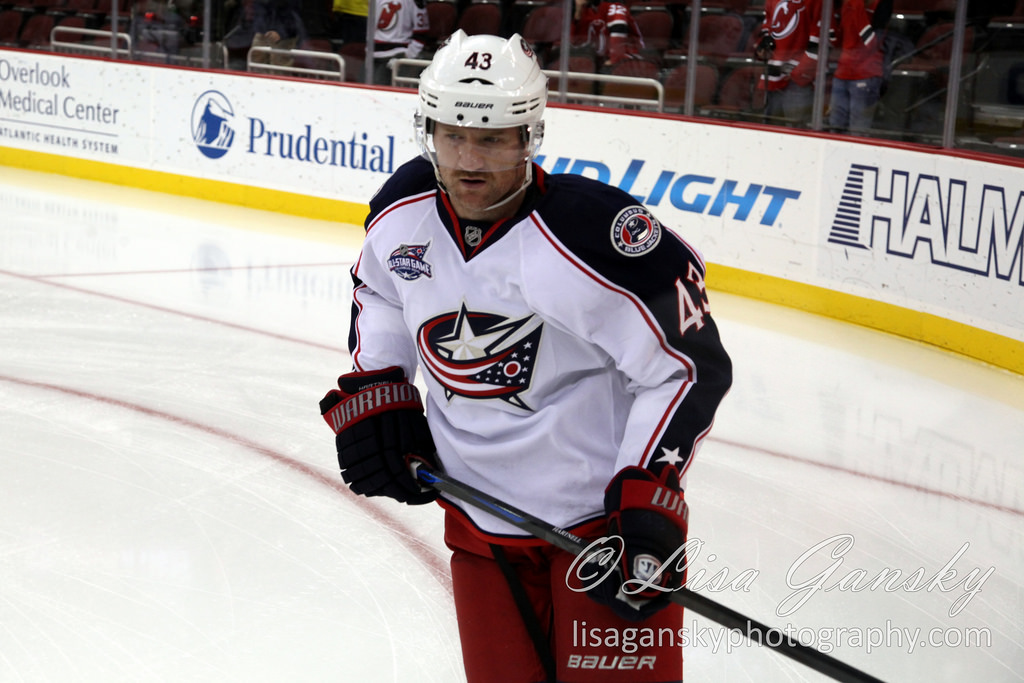 The main difference between last year’s team and this year’s are the losses of Kimmo Timonen (blood clots) on the back end and the trade of Scott Hartnell for R.J. Umberger (still scratching our heads).

Losing just two players may not seem like a big difference, but the Flyers haven’t replaced the combined 28 years of leadership and experience Timonen and Hartnell brought, both on the ice and in the locker room as alternate captains.

Philadelphia is a very young and generally inexperienced team, only carrying two players who are older that 32: 34-year-old Vincent Lecavalier, who has been on the bench or on the fourth line for much of the season, and 37-year-old Mark Streit, who didn’t start his NHL career until he was 28.

Leadership and experience can calm a room during a slump or make the big play when the young guys are tense and need it the most. Chris Pronger helped a few years back, captaining the team to a Stanley Cup final; then Jaromir Jagr provided that veterancy, leading the team through the opening round of the playoffs.

Hartnell had been a focal point on the power play along with Timonen, who was its anchor. Yet without them, the Flyers still have been very good with the man advantage (fourth in the NHL at 23.4%). Streit, who has the sixth-most points by a defenseman in the league (35), replaced Timonen, while Brayden Schenn took over Hartnell’s spot, and has 10 power play points thus far (Hartnell had 12 at the same point last season).

Timonen, however, also led the first penalty-killing unit, and it has suffered dramatically in his absence. Last season, the Flyers were seventh in the NHL with an 84.8% kill rate, and Timonen averaged 3:24 minutes per game killing penalties (9th in the NHL).

This season, Philadelphia is second-to-last on the P.K., at a pitiful 74.9%. To put that into perspective: the worst penalty killing percentage in league history was 68% by the 1980 L.A. Kings. 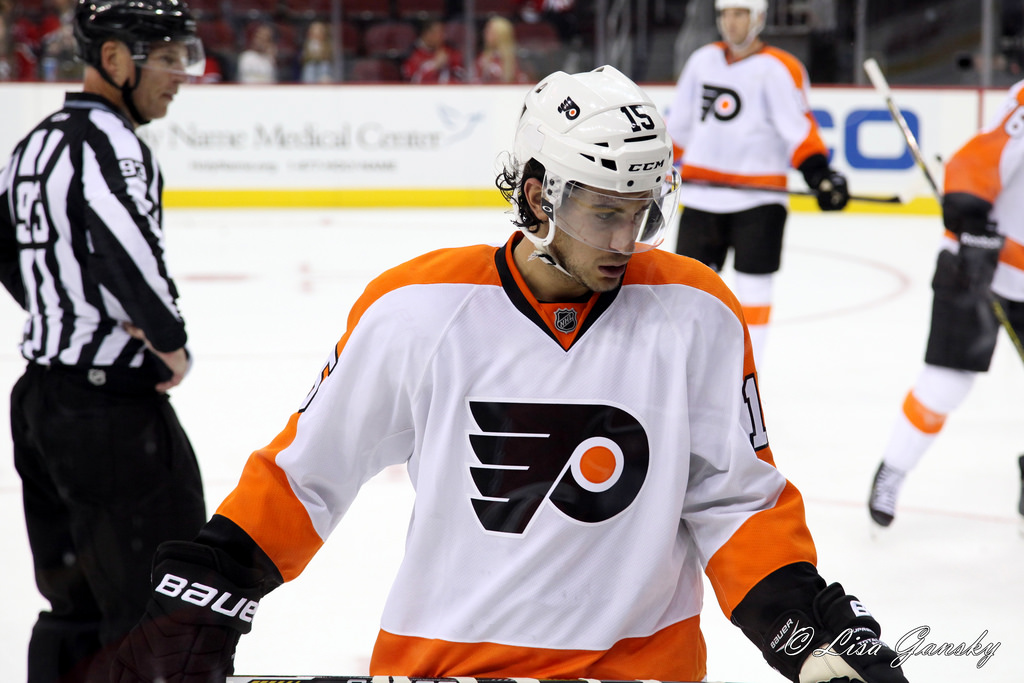 Philadelphia’s defense has been subpar all season. The Flyers have surrendered 154 goals (2.85 per game, 24th in the league, and only two of their regular defenseman are plus players: Nick Schultz, who has been a pleasant surprise all season, and Nicklas Grossmann. The rest of the defensive corps is a collective -14.

Other than the obvious penalty-killing issues, the defense has been unable to consistently clear the puck out of the zone and start solid breakouts.

Too many turnovers have robbed the offense of important opportunities while continually putting a strain on the defense and goaltending.

Despite allowing almost three goals per game, Steve Mason and Ray Emery have not been the problem for Philadelphia; goalies can only stop so many point-blank shots. Mason still has a terrific .925 save percentage, tied for fourth in the league among goalies who have played 30 or more games.

Streit and Michael Del Zotto can carry the puck up the ice on occasion, but those times are few and far between. Once in the offensive zone, however, the Flyers have shown that they are capable of putting up numbers. 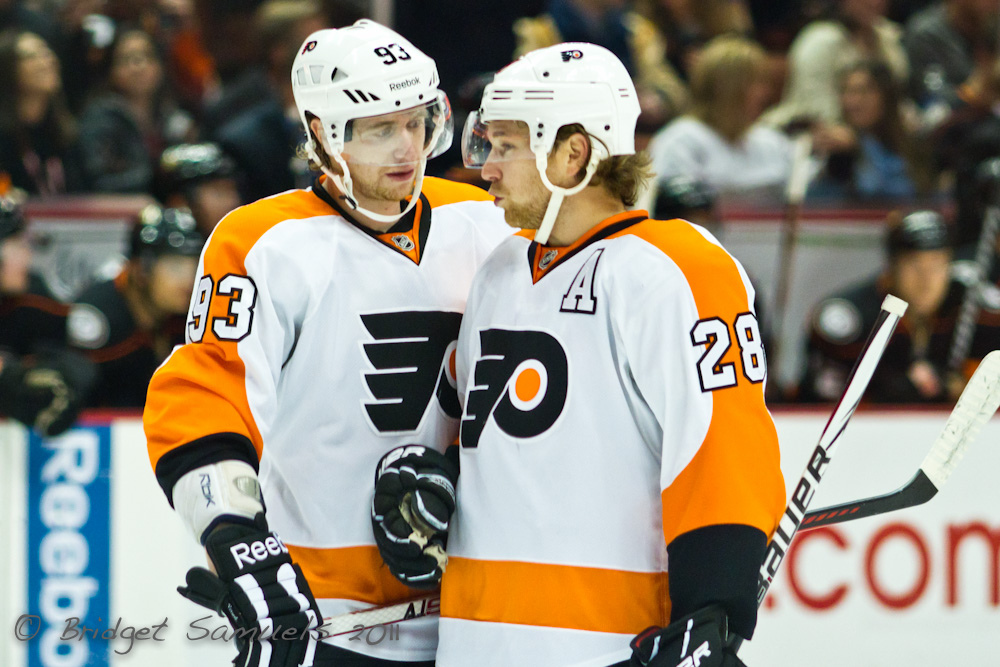 Jake Voracek and Claude Giroux have been nothing short of spectacular this season. Voracek leads the NHL in points (58), while Giroux is following closely behind (52, tied for sixth).

They are the most dynamic duo in the league, outperforming the likes of Sidney Crosby and Evgeni Malkin, Ryan Getzlaf and Corey Perry, and Patrick Kane and Jonathan Toews. Voracek and Giroux have also combined for 47 power play points—most in the league.

The rest of the Flyers’ offense has been sporadic. Brayden Schenn has played generally well, picking up 31 points on pace for a career-high 50.

The biggest disappointment has been Matt Read. After scoring 20-plus goals in two of his first three seasons, an average of 0.28 goals per game (the other was during a shortened campaign), Read has just three goals thus far, sinking that average to .05.

One of the main reasons the offense has had so much trouble is its inability to break out of the defensive zone; another is its atrocious neutral zone play. Offense and puck possession win hockey games, and the Flyers breakouts are either too slow in developing or have been undermined by poor passing. 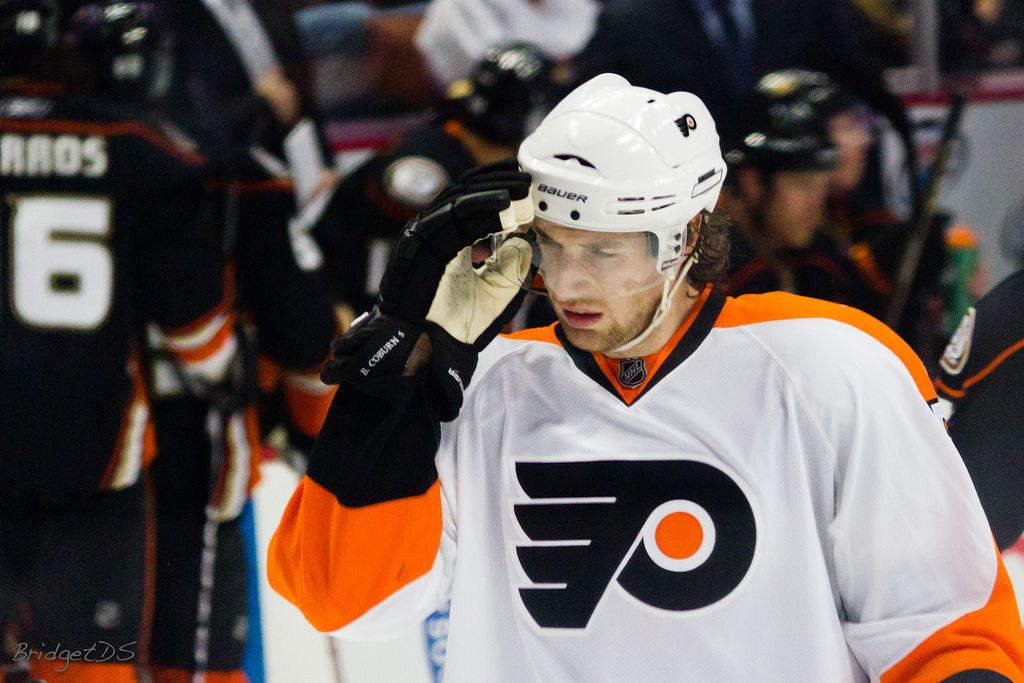 The NHL trade deadline is March 2, but don’t look for the Flyers to make the splash they have in previous years.

A month from now, the Flyers will most likely know if the playoffs are out of range. Then the question becomes whether they can unload any of their bloated contracts:

Coburn holds the most value in terms of youth and price tag, and is the most likely candidate to be moved at the deadline. A source in Calgary told Drop the Puck that the Flames are interested in Coburn as they look to make the playoffs for the first time since 2009.

Calgary would likely be willing to give up a draft pick and prospect for the veteran defenseman, including any of: centers Markus Granlund, Bill Arnold, Max Reinhart, and Mark Jankowski, or wingers Sven Baertschi and Morgan Klimchuk.

Hextall is known to be very patient with his young players, so it is highly unlikely (although not impossible) that he would shop Couturier, Read or even Brayden Schenn. A Luke-and-Brayden-Schenn-combo might be feasible with the right pieces returning. 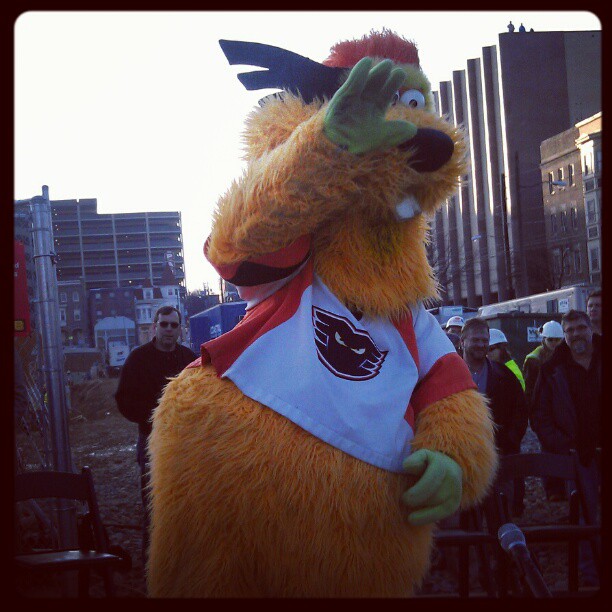 As poor as the present Flyers’ defense has been, the future is very bright. Only nine defensemen made NHL analyst Craig Button’s Top NHL Affiliated Prospect List, and three of them belong to Philadelphia.

The Flyers are the only team with more than one defenseman on the list, and only one of two teams to have three prospects in the top 20 (Winnipeg is the other).

When it comes to offense, the Flyers prospect pool is a bit more shallow, but the current roster is filled with a ton of youth. Ten of the Flyers’ top 12 forwards are under the age of 30; a few play for the Phantoms right now.

The Flyers also have a few prospects in the amateur leagues.

The road ahead will not be an easy task as the Flyers attempt to rebuild. Salary will need to be shed moving into next season, while certain young players, such as Morin and Gostisbehere, may get a chance to help the big club.  If the Flyers struggle to make up ground by the end of the this season, the organization may become impatient with coach Craig Berube—but that’s a discussion for another time.

The Flyers split their final 30 games evenly at home (15-7-4) and away (7-15-4), and must improve their road play if they want to make a run. Making a run will not be easy: the Flyers will play 17 of those games against teams currently in a playoff position. If the Flyers show the passion and fight they did in this recent home stand, it may be possible to get back into the mix.

If the Flyers are unable to make the playoffs, they will most likely get a high draft pick in the very deep 2015 NHL Entry Draft; hopefully a player who may be able to provide instant relief and jump directly into the starting lineup come October.

Josh Kaz writes about the Flyers at DropthePuck.org.