But a report from WHYY-FM’s PlanPhilly has a consultant saying the closures are something ‘people with common sense already knew.’ 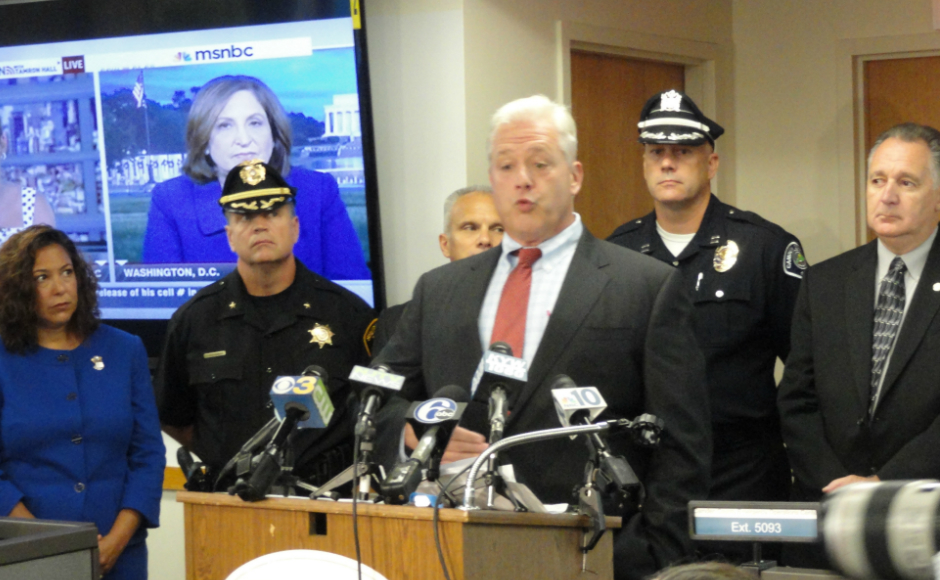 Officially, the Delaware River Port Authority (DRPA) has no plans to close the Ben Franklin Bridge for the two-day visit to Philadelphia of Pope Francis for the World Meeting of Families September 26 and 27.

But plans around the event continue to evolve, said DRPA Director of Corporate Communications Kyle Anderson.

Anderson called the multi-agency effort “historic,” and with a lot of moving parts.

“We’ve got[ten]no direction about closing the bridges,” he said Thursday. “Right now, our plan is not to close it out.”

But Anderson added that the Port Authority is “part of a much bigger, regional strategy, and all of this is in flux.”

Earlier Thursday, WHYY-FM’s PlanPhilly project reported that the closure of the bridges was a self-evident conclusion to “people with common sense”–remarks attributed to “Michael Pitts, an event consultant with the Archer Group retained by World Meeting of Families.” PlanPhilly talked to Pitts at Thursday’s Delaware Valley Regional Planning Commission Meeting:

“They’re still saying we’re considering closing the Ben Franklin Bridge, but we’re taking 15,000 parking spaces to park buses [at the Camden waterfront], so it’s closed,” [Pitts] said, “That’s how people are going to get over. Sorry. You don’t want to tell people that? People with common sense already knew it.”

On Thursday, Anderson echoed yesterday’s remarks from DRPA CEO John Hanson that the bridges themselves might not be closed, but that doesn’t mean the roads leading up to them will be accessible.

“That will be one of the factors that goes into a decision, if one is made,” Anderson said. “If there’s no way to get to the bridges, then closing the bridges becomes more of a possibility.

“Our plan is to keep the bridges open unless we receive input that that possibility has become real or there are other issues,” he said.

Anderson was also dismissive of Pitts’ claim that the decision to park 1,100 buses at the Camden waterfront during the papal visit makes the bridge closure a de facto, commonsense conclusion.

“That doesn’t mean anything to me at all,” Anderson said.

He added that the DRPA is one of many elements in a security strategy that is “continuing to evolve” among regional and national entities that are “coordinating and collaborating on pretty significant logistics.

“Part of the reason why everything continues to be evolving and in motion is because there is a concerted effort to ensure that this event is managed with safety, security, and convenience for folks,” Anderson said.

“I get that people have concerns about being able to get around,” he said, adding that “every possible effort and every consideration” is being made to keep the public informed on plans as they are made.

During the two-day visit, the DRPA has modified its schedule for the PATCO Hi-Speedline service, which will shuttle 100,000 people (up to 10,000 per hour) to and from the city daily.

Only four New Jersey PATCO stations will be operating during those days: Lindenwold, Woodcrest, Ferry Avenue, and Broadway, connecting with the 9th – 10th and Locust Streets stop on the Philadelphia side.

PATCO is offering advance purchases of $5 and $10 commuter passes; none will be sold the days of the visit.