It took more than a half-decade of planning, development, and municipal intercession to transform the defunct National Market convenience store into the celebrated-but-short-lived McFarlan’s Market in Collingswood.

This winter, a pair of new owners promises a much faster turnaround—and hopefully, a much longer tenure in the year-old space.

James Liuzza of Barrington and Joe Muldoon of Williamstown are targeting a December opening for Haddon Culinary, a “chef-driven market” concept that they believe can help fill a distinct niche in the borough food business.

The Johnson and Wales-educated chefs will draw upon a decades-old friendship and professional seasoning to present a boutique grocery that combines gourmet ingredients with take-and-go meals and made-to-order service.

After building his resume in Atlantic City’s Trump Plaza, Liuzza became the executive sous chef at Scotland Run golf course by 26. There, he mentored an even-younger Muldoon, who leveraged that expertise into a string of successes, culminating in his Northfield restaurant, Roberta’s by Muldoon.

The two later reconnected at Di Bruno Brothers in Philadelphia, where Liuzza spent a dozen years as executive chef, and Muldoon worked for a few years as the executive catering chef.

More recently, both were brought in to open Rastelli’s Mullica Hill partnership with Hill Creek Farms; when that project dissolved, they decided to make a go of it together in Collingswood.

Each chef boasts considerable expertise in catering, menu design, purveying, and a shared passion for food. Both believe that Haddon Culinary will put those talents to use in developing a specialty market that won’t compete against the already crowded area grocery business. They want the shop to be a cook-at-home culinary option as much as a restaurant-quality dining experience. 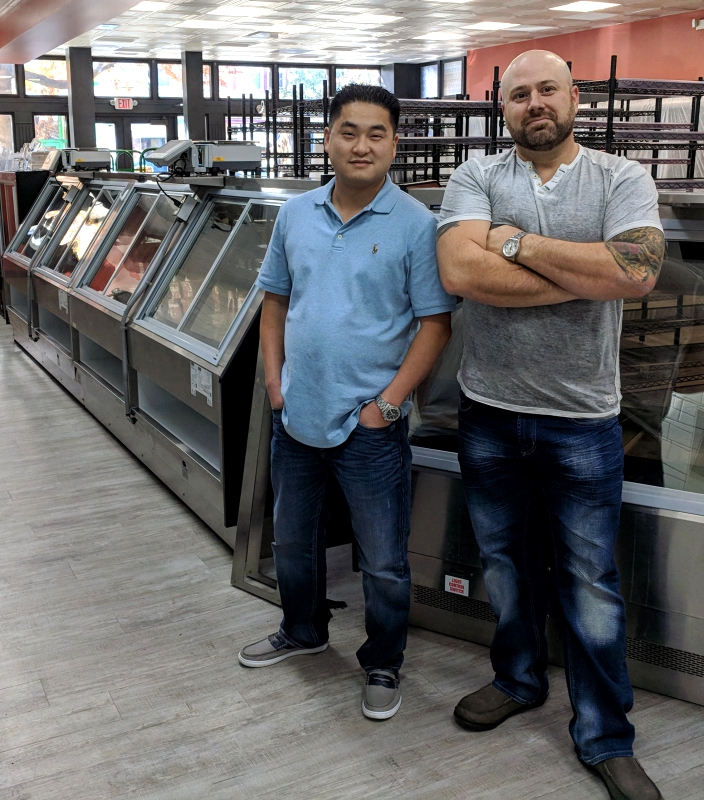 “We don’t want to have the same offerings that can be compared to any other place [because]  chefs wouldn’t normally just fill their shelves with stuff that’s pre-bought,” Muldoon said.

“We have to be a scratch kitchen,” he said.

“That’s the only way we can be embraced in this town.

“That’s what we think will differentiate ourselves from the previous location, or from Wegman’s, Whole Foods, Trader Joe’s,” Muldoon said.

House-made soups, sauces, and compound butters will complement prepared dishes and a selection of fresh produce. Rounding out the selections will be some bakery items and high-quality imported goods.

“You’ll be able to cook yourself, or come in and have something more convenient,” Liuzza said. “We’ll have simple comfort foods, but we’ll also have some innovative prepared foods.”

That same, quality-first approach forms the basis of their cooking, Muldoon said. Products they select won’t be chosen for their novelty, but rather, to let the skill of the chefs bring out the best in their ingredients.

“We’re not doing this to cut corners,” Liuzza said. “We use the word ‘foundation’ a lot. There’s a foundation to everything. Anything we do here, we’re thinking about every step. We’re not throwing things together.”

Fundamentally, Muldoon and Liuzza both cite their mothers—Roberta and Cassandra, respectively—as the defining influences on their careers and cooking choices. They want Haddon Culinary to offer a similarly warm, welcoming environment. 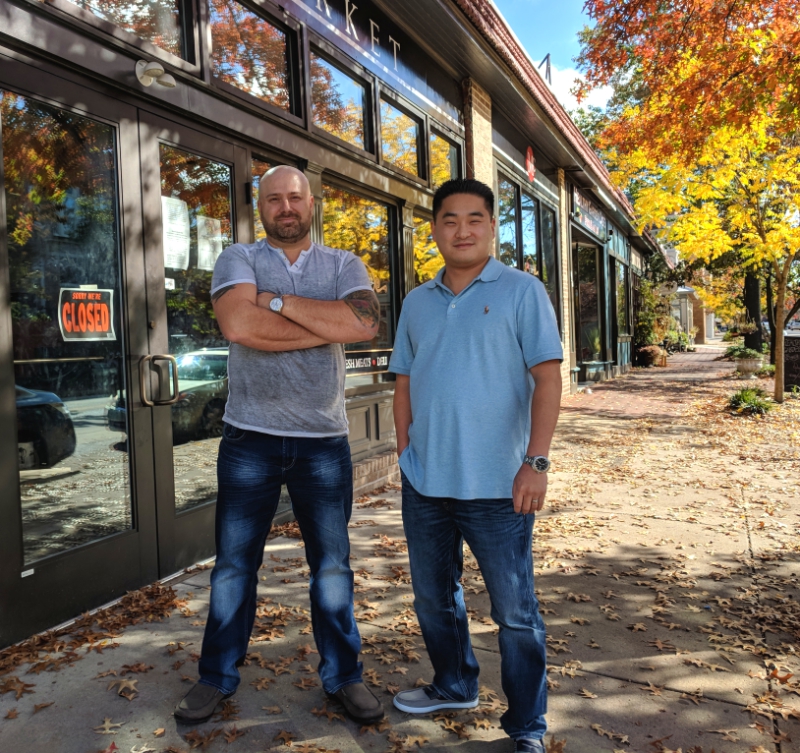 “We’re going to appreciate everybody who comes in the door,” Liuzza said.

“You’ll see something new all the time, be able to sample things, and having guests continually come in the door inspires us to do better.”

As the chefs head for an undetermined opening date, Haddon Culinary will open in stages as they hire and train staff (interested parties should reach out to joe@haddonculinary.com or james@haddonculinary.com).

Muldoon anticipates offering a shortened, “pop-up” week to start, followed by weeks with additional offerings as the kitchen ramps up.

Once things are in full swing, the business also will handle catering orders and special-event dinners in addition to seven-days-a-week, three-meals-a-day service.

“We want to get to know the neighborhood, and we want to put our best product first,” Muldoon said. “That way we can make sure the final details are not overlooked.”

“We hope to create new traffic; people venturing out to come here,” Liuzza said. “We want to be a destination for the town.”