Trending
You are at:Home»Opinion»Film Odyssey I: Film Noir Explained

Collingswood Cinema Society founder Robert Castle takes readers on a tour of one of the most popular–and misunderstood–film styles. 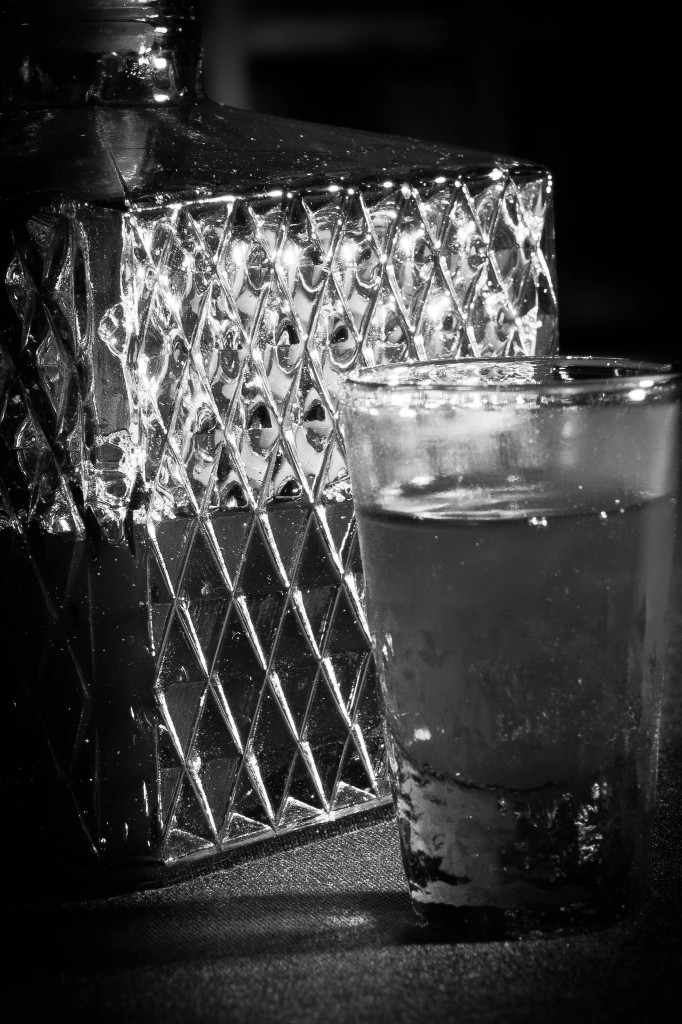 I taught a Film Noir class at Haddon Township Night School this fall. We watched nine films that fall within a slippery category: film noir.

The basic problem with film noir is that it is not a genre like horror, or mystery, or western; yet it represents an undeniable bloc of movies and movie history too big to ignore.

By the time noir became a label (around 1955) it was essentially in its final years.

It was French film critics who defined the genre after watching American films of the late 1940s, and worse, as time passed, more and more films, especially crime films, were called film noir.

The culprit—so to speak—for so many films receiving the noir tag is the simple fact that they are shot in black and white.

Several Hitchcock films have belatedly put on noir lists: Shadow of a Doubt (1943), Notorious (1946), Strangers on a Train (1950), and The Wrong Man (1956). The Wrong Man comes the closest to being a noir film, as it is less of mystery-thriller than the others.

And if you note the dates of the Hitchcock films, they fall within the 1941-58 time period delineated by Paul Schrader in his important 1972 essay, “Notes on Film Noir”.

It didn’t take long for this range and its endpoints to be disputed, not to mention his choices for the alpha and omega of the genre: the John Huston-directed Maltese Falcon and Orson Welles’ Touch of Evil.

Many place the 1959 movie Odds Against Tomorrow (Robert Wise) solidly in the noir column, and many believe the first true noir was 1940’s Stranger on the Third Floor (Boris Ingster).

Thus, we are taken to the heart of the matter. Film noir is more of a style than a genre, but it borders on genre, and inevitably creates issues of definition.

A style, not a genre

The style emanates from what is called German expressionism. From Wikipedia:

“The first Expressionist films made up for a lack of lavish budgets by using set designs with wildly non-realistic, geometrically absurd sets, along with designs painted on walls and floors to represent lights, shadows, and objects. The plots and stories of the Expressionist films often dealt with madness, insanity, betrayal, and other “intellectual” topics.”

[Interjection: the site Kiss of Noir ignited a debate on its Facebook page when someone proposed that Invasion of the Body Snatchers (1956) is film noir. A sample of the responses:

“It’s absolutely film noir, as is I Married a Monster from Outer Space. They have simply substituted aliens for gangsters and criminals.”

“Because it is far and away primarily a sci-fi horror movie. It may be in the tradition of the pulp sci-fi magazines, but is a completely different genre to noir.”

“I think there can always be exceptions. There is an article in the latest issue of Noir City that talks about this very subject. It does call this film noir.”

“Great film, but definitely not Film Noir; I’d file it in Sci-Fi/Horror or Classics. Sorry to those on here who’re trying to make the noir case for Body Snatchers.”

And so on. One person suggested “Tech Noir”, a reference to the disco in The Terminator (1984).]

Noir films usually had small budgets and were infused with light, shadows, absurd angles, betrayals, and madness. It also helped that the Hollywood studio system employed many European directors, including Fritz Lang, Josef von Sternberg, Billy Wilder, Robert Siodmak, Rudolph Mate, Otto Preminger, Jacques Tourneur, and many others. Lang’s film, M (1931) could be the benchmark for all later noir. Indeed, his first two American films, Fury (1936) and You Only Live Once (1937) are cited as “pre-noir” noir. 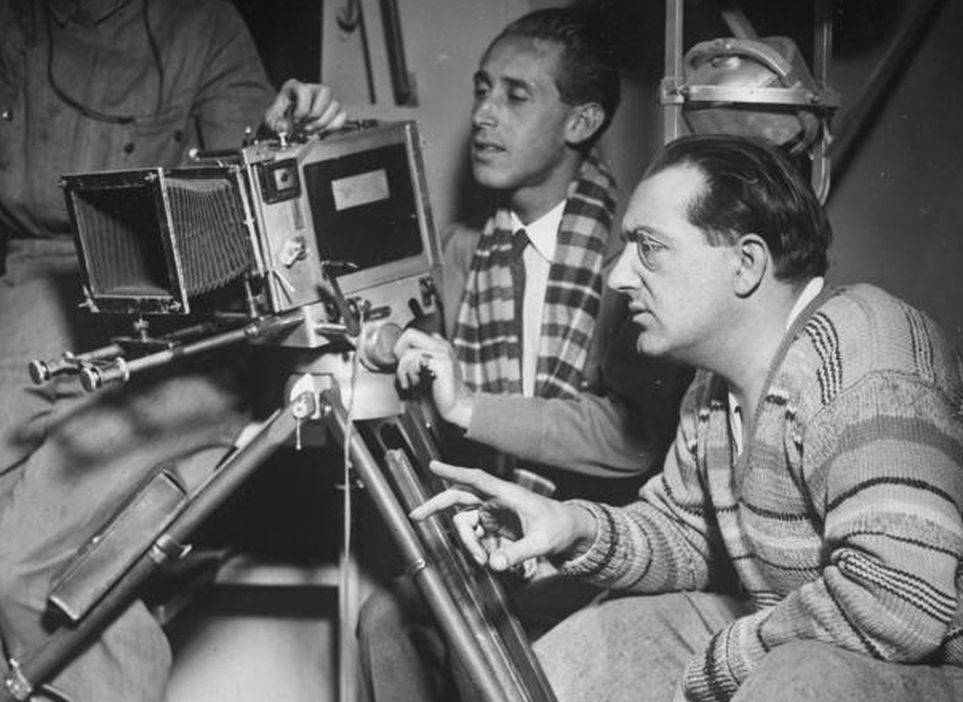 You Only Live Once and the power of Fate

You Only Live Once better qualifies for the label, which is why I began my course with it.

Starring Henry Fonda and Sylvia Sydney, it portrays (as do the best noir films) the world (i.e., society) closing in and destroying a man and his wife for no good reason, save that fate or destiny is against them.

Although there is no femme fatale, a trope for the best and darkest noirs like Double Indemnity (1944) and Out of the Past, You Only Live Once dramatizes the forces that seem to doom the protagonists.

One could also say that Lang made the mold for Fate as a standard noir element. One of his earliest films is called Destiny (1919), and one Lang scholar refers to that element of Lang’s cinematic worlds as “the Destiny Machine.”

What interests me about You Only Live Once is the way it dramatizes the pressures of society as equivalent to the machinations of Destiny.

Fonda’s character, Eddie, has just been released on parole. One more conviction and he gets a life sentence. He’s determined to go straight: get a job, marry, buy a house, and raise a family. The only thing stopping him (besides a tinge of self-pity for being a luckless ex-con) is a society that will not forgive criminals.

On his honeymoon, Eddie and his wife are kicked out of their suite at a rural lodge. The meek man running the place reads crime magazines and he remembers seeing Eddie’s face. The innkeepers go to the couple’s room at two in the morning. The scene is played for mild comic effect, with the innkeeper’s sheepish approach enhanced by the fact that his wife is played by Margaret Hamilton (later immortalized as the Wicked Witch of the West).

A surlier encounter comes later, when Eddie returns his truck to the freight office. The owner tells his assistant he shouldn’t have hired an ex-con. Eddie explains that he was looking at a house on which he and his wife had made a down payment. The boss doesn’t want to listen, and summarily fires him. Eddie pleads but can’t get the boss’ attention away from the phone. Days later, Eddie returns to get his job back but the boss doesn’t care that Eddie needs the job to finish payment on the house. Eddie socks him and leaves.

Now there’s no place to turn except crime. Eddie’s tempted. He still keeps a gun under his pillow and hangs around people from his former gang. When circumstantial evidence puts him at the scene of a bank robbery where six guards are killed, he’s caught and convicted. Society has acted exactly as he thought they would despite his innocence.

It’s hard to believe things get worse for him—but noir wouldn’t have it any other way. 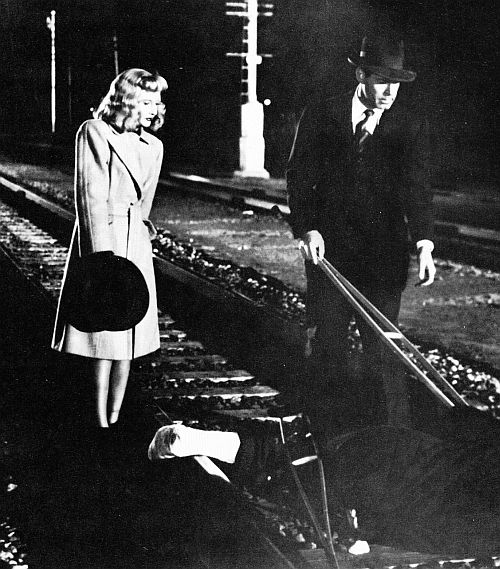 Many people have told me they can’t see Fred MacMurray as the murderous insurance salesman, Walter Neff, in Double Indemnity (1944). But that’s point of casting him.

MacMurray’s screen image at the time was not far from his My Three Sons persona, and director Billy Wilder wanted an average guy to fall into a murder scheme.

I find it interesting that we accept MacMurray’s television image—we may not have bought into it, but we tacitly accept it when we can’t see him in other roles.

Similarly, filmgoers had a hard time dealing with Ben Kingsley’s character in Sexy Beast (2000), unable to expunge his turn as Gandhi from their minds.

With MacMurray, we tend to forget his darker roles in The Caine Mutiny (1954), Pushover (1954), and The Apartment (1960), the final one of these directed by Billy Wilder (which explains why MacMurray’s character is called Sheldrake, also the name of a producer in Sunset Blvd., 1950).

Often forgotten is the role Edward G. Robinson plays in Double Indemnity. He’s MacMurray’s boss and friend who’s too close to see that his friend is involved in a scheme to defraud their insurance company. Robinson’s Barton Keyes senses when phony claims come across his desk: “Every time one of these phonies comes along, it ties knots in my stomach. I can’t eat.” We first see him denying a claim by a man whose truck had burned out.

Keyes plays the absolute moralist who can’t stand his company’s inefficiency. Compared to him, Neff seems easygoing; not so much immoral as amoral, and certainly not inclined to murder. When he helps Phyllis Dietrichson (Barbara Stanwyck) plan to murder her husband and cash in double on the accident insurance, Neff knows he has to get it past Keyes. He seems to respond more to the challenge of fooling his boss than helping his lover get away with murder.

It has often been wondered how much Phyllis loves Walter. Is she so rotten that she’s simply using him to murder her husband? Her past and present actions seem to warrant a ‘yes.’ She may have killed the first Mrs. Dietrichson, and while she’s sleeping with Walter, we discover that she has another man (her step-daughter’s boyfriend, no less) on a string. This is why Stanwyck’s character broke the mold of the femme fatale.

The femme fatale may be the most problematic element of film noir.

First, we are asked to believe that women in films like Double Indemnity, Detour, The Killers, Out of the Past, Kiss Me Deadly, and The Killing represent temptresses who cause men’s destructions. This view is ingrained in many cultures going back to the Garden of Eden and Pandora’s box, and seems as overwrought as the feminist argument that these same women are examples of women asserting themselves against a male-dominated, patriarchal society.

What seems to be true is the downright attractiveness of these women, many of whom rank as my favorite actresses in their best roles. Barbara Stanwyck in Double Indemnity. Ava Gardner in The Killers. Jane Greer in Out of the Past. And, especially, Jean Simmons in Angel Face.

The femme fatale may not be the sign of great imagination, however, its characterization is often played out sublimely, not to mention the liveliness and volatility such women bring to their relationships. A brief sample from Double Indemnity:

Phyllis: You see what I mean, Walter?
Walter: Sure. I’ve got good eyesight. You mean you want him to have the policy without him knowing it. And that means without the insurance company knowing that he doesn’t know it. That’s the setup, isn’t it?
Phyllis: Is there anything wrong with it?
Walter: No, I think it’s lovely. Then, if some dark wet night, that crown block did fall on him –
Phyllis: What crown block?
Walter: Only sometimes it can’t quite make it on its own. It has to have a little help.
Phyllis: I don’t know what you’re talking about.
Walter: Of course, it doesn’t have to be a crown block. It can be a car backing over him, or he could fall out of the upstairs window. Any little thing like that, just so it’s a morgue job.
Phyllis: Are you crazy?
Walter: Not that crazy. Good-bye, Mrs. Dietrichson.

Billy Wilder collaborated on the screenplay with Raymond Chandler. The above dialogue occurs at an important point in the film. Walter knows what he’s getting into and knows he should stay away from Phyllis. He calls it “handling the hot end of a poker:” he should drop it, fast, but he can’t. It’s like he’s infected with a virus of desire. He knows it is bad for him, bad for them both, but he can’t control himself.

In that respect, it’s less the fatal women and more the men who want what will kill them, at the root of their undoing.

Robert Castle is a Collingswood-based writer. Check out his latest book, Pope Sixtus the Fourth, at Amazon; six of his other works are available on Kindle.