Change is the running theme of this back-to-basics neighborhood grocery. 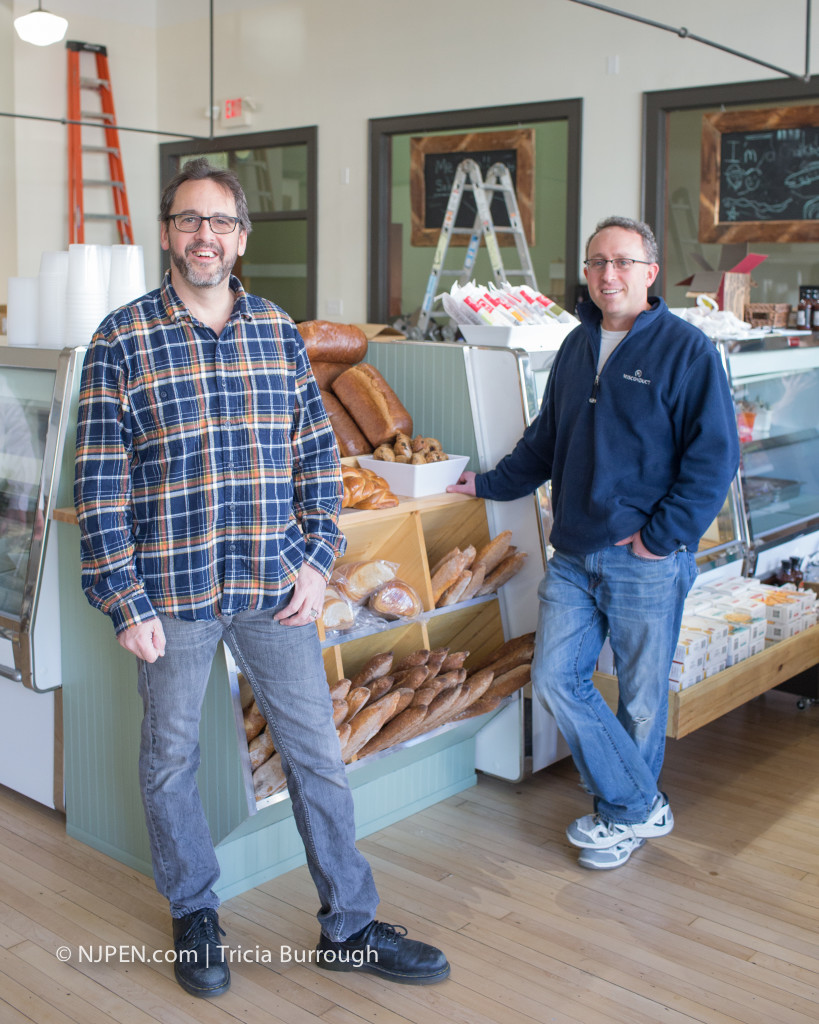 It’s not quite 10 a.m. on the “soft opening” day of his new neighborhood grocery store, and already Chris Thomas is feeling the pinch.

Foot traffic is intermittent, but interest is high. Pedestrians pop their heads in by twos and threes.

The store is fully staffed, but the shelves aren’t fully stocked, and Thomas is a little concerned that the early buzz, while appreciated, might be a bit of a double-edged sword.

“It’s been very anticipated here,” he said. “I just hope we can fulfill the impression of what people have had in their minds.

“I just hope that we’re allowed to grow,” Thomas said.

A lot has changed in the three years that Thomas, of Haddonfield, and his partner Eli Massar, of Bryn Mawr, have invested in the project, from product inventory to the opening date to the chef in his kitchen—even the name of the store.

Thomas is certain that more changes are on the way.

“We’re going to all wear buttons that say ‘A Taste of Things to Come,’” he said, “because it’s not probably going to be perfect this week. 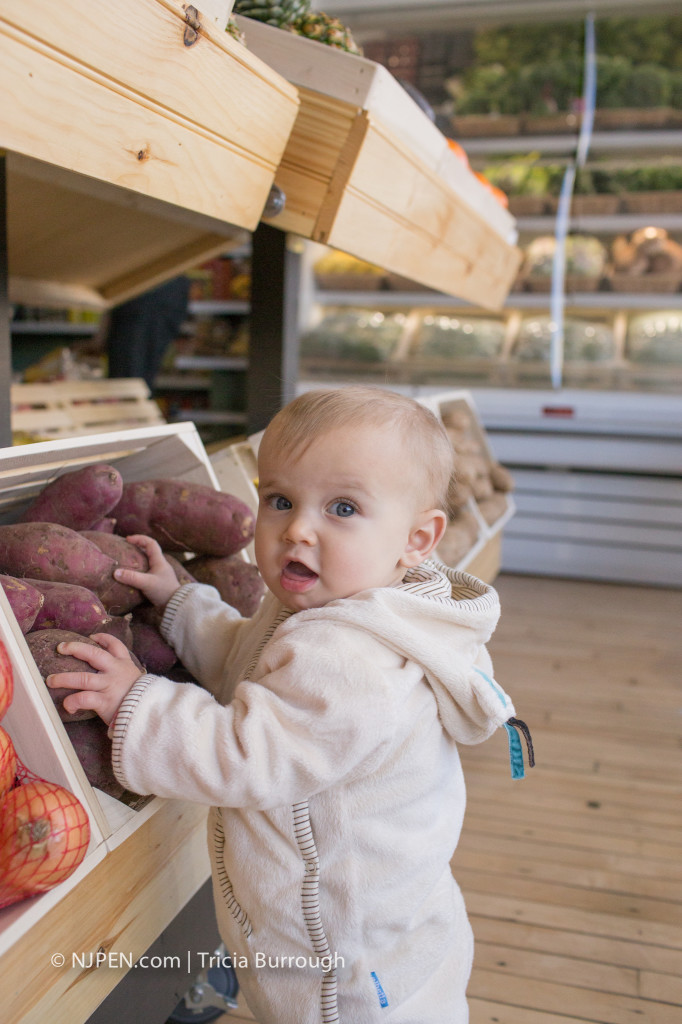 Fortunately, the market itself has a bit of wiggle room built into the design.

Mobile shelving and inventory bins allow the space that’s dedicated to the coffee bar in the mornings to become a children’s play area by midday, or a demo station for eventual cooking classes.

“We’ve evolved the space to be more of a gathering [space],” Thomas said.

“We’ve put everything on wheels so we can change it throughout the day. We have a static space. How can we make it be multi-functional?”

Another key change, for those who’ve tracked the progress of the enterprise, is the name of the grocery.

In the beginning, Thomas and Massar contracted with Philadelphia architect Sam Olshin to think through the space, a historic Woolworth building.

It was Olshin’s idea to repurpose the old Woolworth emblem, a diamond W repeated in the floor tile, in the branding of the market.

“We were like, ‘yeah, but what could W be besides Woolworth?’” Thomas said. “He said, ‘It could be Welcome,’ and we liked that.

“We turned the diamond into a bin, and we put the ‘W’ inside and put tomatoes around it,” he said. 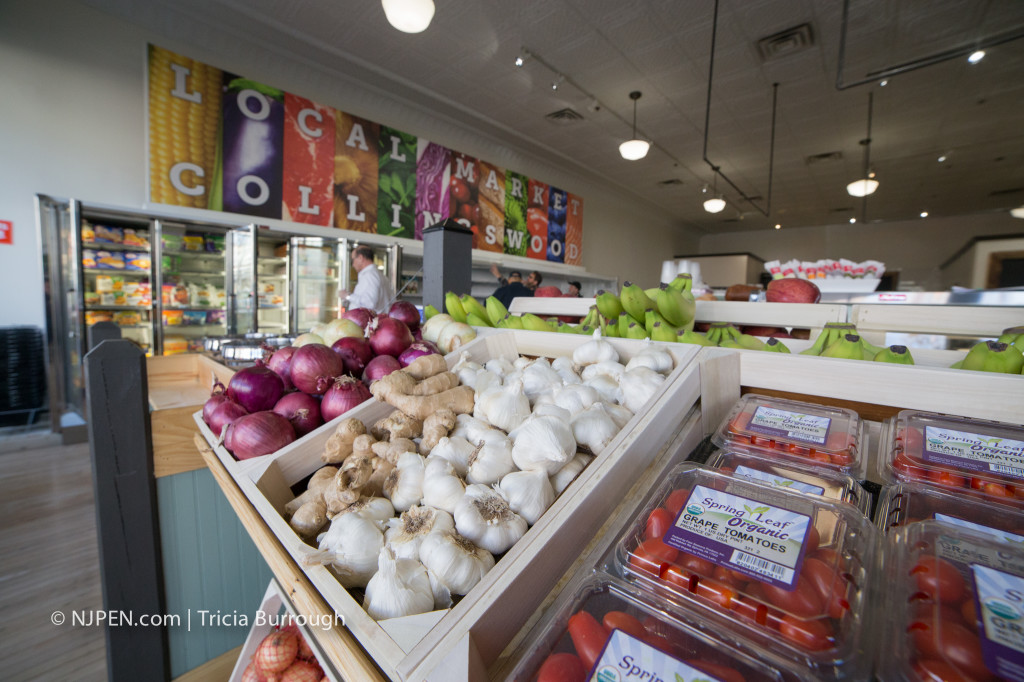 “Take the symbol, something old, and turn it into something new.”

But the concept failed public trials when signs advertising “Welcome Market and Café” confused passersby who “thought we were saying welcome Market Café to the neighborhood,” Thomas said.

“We had a marketing person who said, ‘You’re just trying to cram a square peg in a round hole,’” he said.

So the Welcome Market branding was scrapped in favor of “Local Market,” which Thomas said speaks about its intentions on “a lot of different levels.

“It’s local to Collingswood,” he said; “the food we’re getting is locally produced. 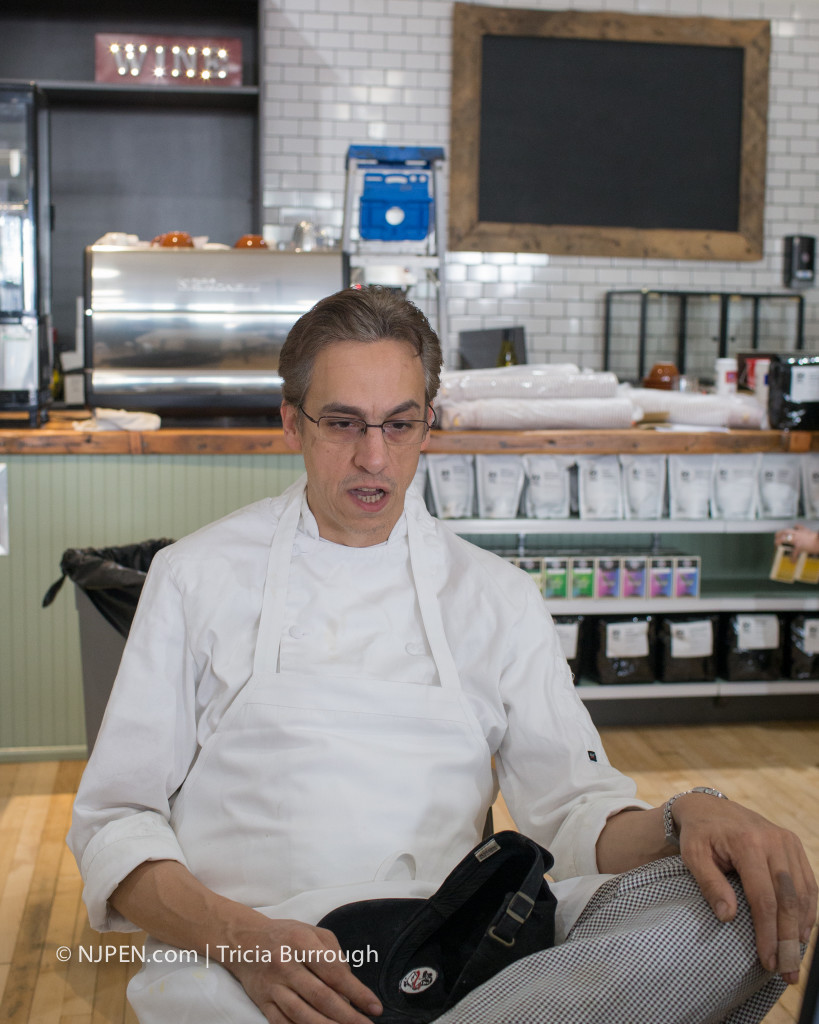 Getting the mix right

The staff is local, too. Local Market employs 32 workers, including kitchen staff. With the exception of Massar and Chef David Salvatore, all are area natives.

“We have three families working here,” Thomas said. “We have a nice age mix as well.”

Salvatore is another key ingredient in the recipe at Local Market.

A graduate of the Culinary Institute of America who worked in a Michelin two-star hotel in the Armagnac region of France, Salvatore said he is excited to bring his approach to traditional dishes in the market’s prepared food section.

“This is my first market,” he said. “I always wanted to do this because I thought it would be an interesting project.”

Salvatore added that he was drawn to Thomas’ and Massar’s concept “not only [for]the business itself but what they stand for.

“We don’t use commodity market meats,” Salvatore said. “We use animals that are all free-range. Every piece of meat we have in house can be traced to birth. All our meats have a never-ever program: no antibiotics, no hormones.” 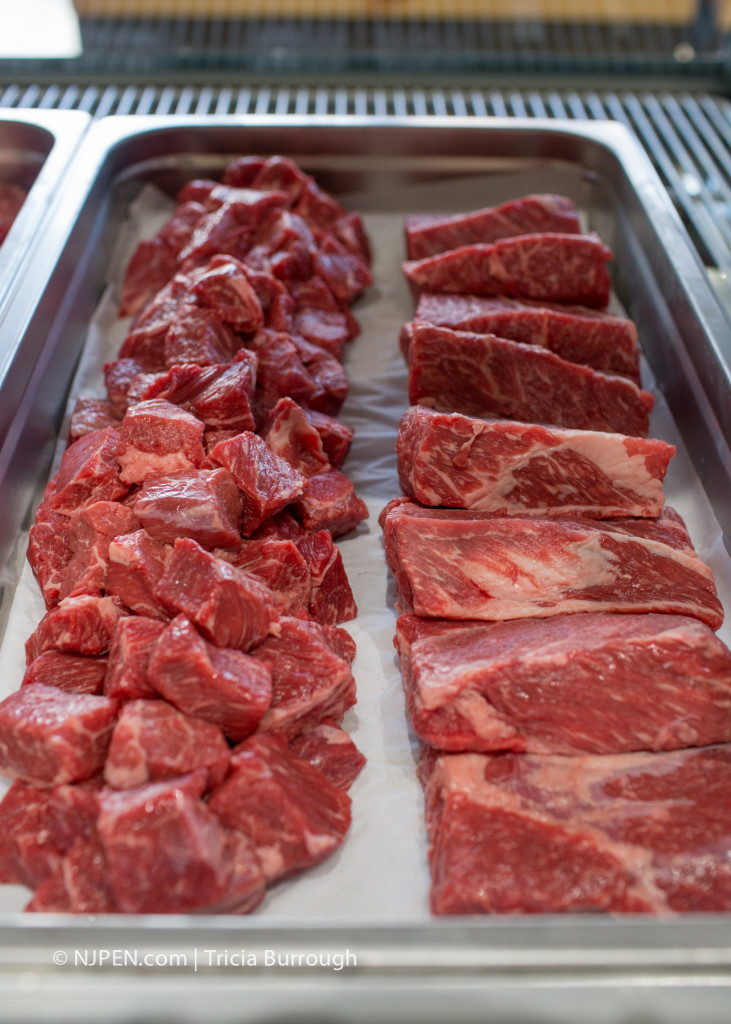 Salvatore said he will first develop the Local Market charcuterie program, “getting our own pates, our own sausages,” with chef’s table dinners and cooking classes to follow.

“I’d like to do a French bistro class,” Salvatore said, “a Thai class; teaching people a lot of the basics, letting them know that they can take a piece of meat home and do it well.”

To start, Salvatore said he will focus on comfort foods: the weekend’s preparations will include a five-spice Chinese duck comfit. Once the in-house bacon is smoked, he plans to add a boef bourguignon.

“This is pretty much the only place I’ve ever seen that you can buy homemade chicken stock to cook with,” he said.

“Our goal is to make sure that whatever [customers] buy is going to be from a sustainable source; a humane source.

“[We’re] empowering the customer to be able to bring some really, really superior quality food home and then having them actually know what to do with it,” Salvatore said.

“I want to stretch with prepared foods and see how far I can take it.”

For all the edits to the timeline, Thomas believes that his market is hitting the borough right on schedule.

With the five-story Collings at the Lumberyard capping off construction and the competition at McFarlan’s Market moving in up the block, the appetite for local groceries is the hottest it’s been in a generation. 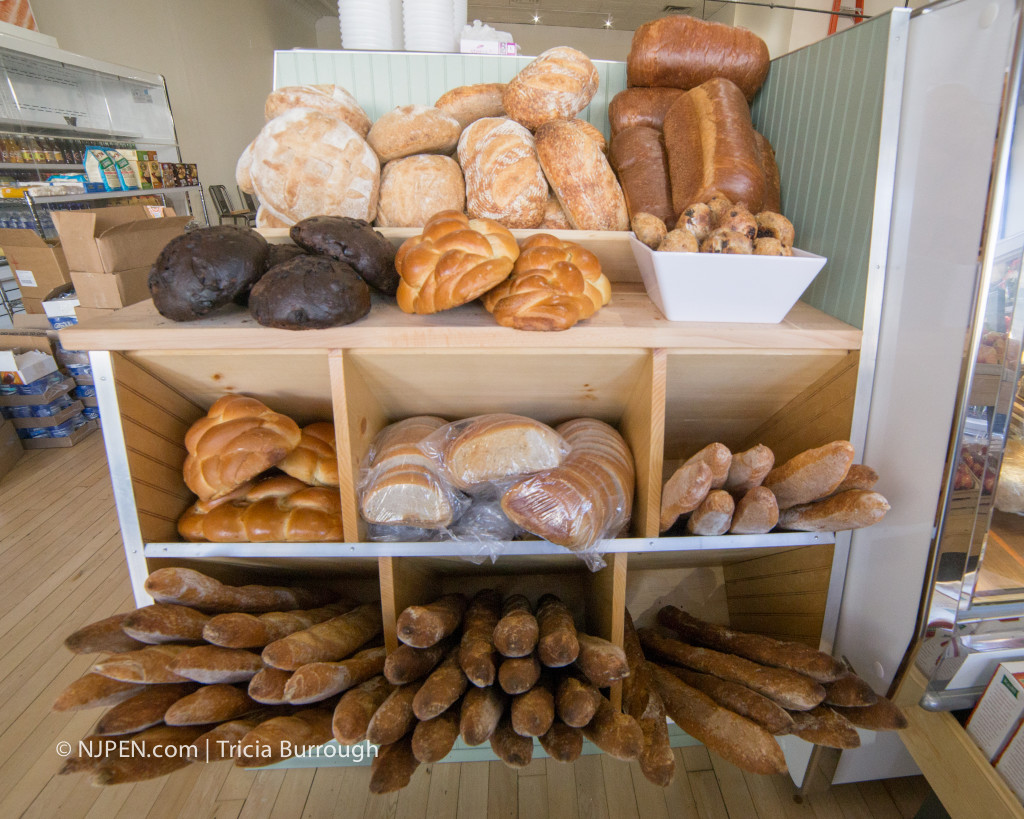 “I think we’re doing this at the right time,” Thomas said.

“[Collingswood is having] an influx of that type of person that had that type of urban experience and wants to have that even though they don’t live in the city anymore.”

Local Market is located at 712-714 Haddon Avenue in Collingswood.