After being diagnosed with lymphatic cancer, Sharon Smith was given less than a year to live. Instead of giving up, she dug into alternative treatments. Now in remission, she wants to share her process. 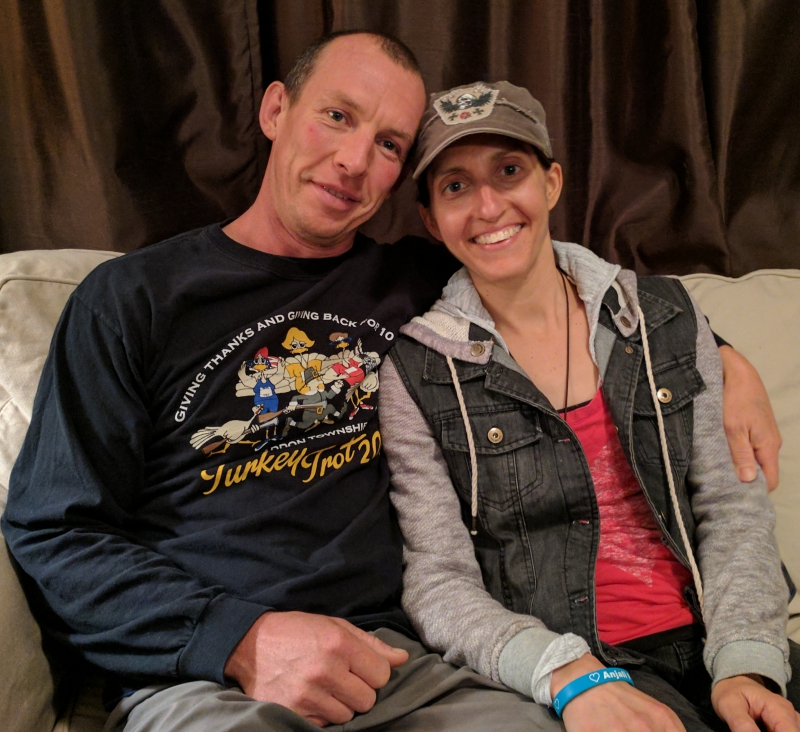 A year ago, Sharon Smith was nearing the end of an intense training regimen for a Spartan Sprint.

The Haddon Township accountant, wife, and mother of two had spent nine months cross-training for the five-mile obstacle course, running eight miles a day and adhering to a strict paleo diet.

So when she felt a nagging chest pain the day after a hard workout, Smith took no chances, and headed straight for the doctor.

She was floored when she discovered the source of her discomfort was an eight-centimeter mass that had grown atop her heart.

After a biopsy and additional testing, Smith was diagnosed with stage four thymic carcinoma, a cancer of the lymphatic system. The tumor was declared inoperable, and the only treatment her doctors recommended was intensive chemotherapy for the rest of what they were certain would be a very short life.

“So I went looking for a cure.”

Smith dove headfirst into every source of information she could find on her disease, and made dramatic lifestyle changes.

She switched to a raw, vegan diet, and began juicing to detoxify her body.

She had a dentist remove her mercury fillings, and started routine coffee enemas to flush her system.

After two sessions, however, Smith quit chemo. For the discomfort she was enduring, it wasn’t guaranteed to buy her any significant amount of time. Neither her oncologist, nor a second whose opinion she sought, recommended this, but Smith already had an alternative plan in place.

She booked a three-week trip to the Oasis of Hope Hospital in Tijuana, Mexico. Its integrative approach to cancer treatment beckons medical tourists with “stage four survival rates three times higher than the US national average.” 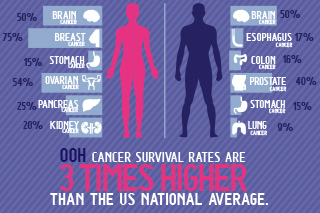 There, Smith underwent daily intravenous vitamin treatments, a dendritic cell vaccine to infuse her blood with T-cells from a healthy donor, ozone therapy to re-oxygenate her blood, and hyperthermic treatments to sweat out the toxins.

She also ate a wholly organic, vegan diet exclusively there, and interacted with other patients in a group support model.

Within three months, Smith’s tumor had shrunk 50 percent; after six months, it was down to one-quarter of its original size. Today, 10 months after her initial diagnosis, Smith has been declared to be in remission. Still, she will return to Oasis of Hope for another visit this year, and takes a low-dose chemo pill daily.

Although she may be close to cancer-free, the therapies Smith has paid for were anything but: in all, she estimated her fight has cost between $50,000 and $60,000. Her husband, Jamie, quit his job to care for her (and blends her up a detox juice every morning). And Smith credits the unflagging love of neighbors, friends, family, and faith with helping her battle to the hilt. 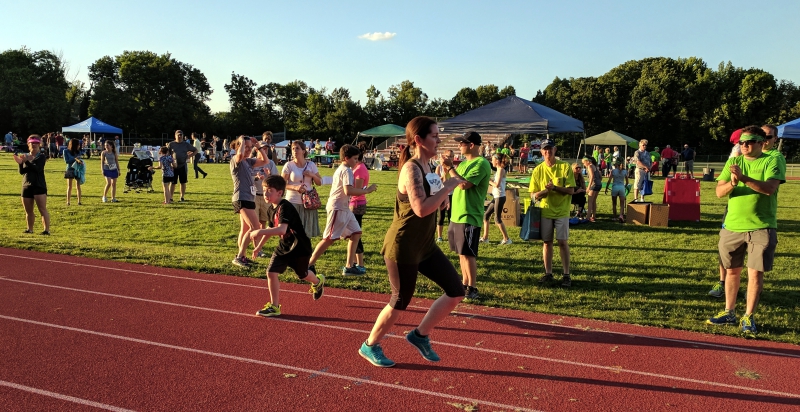 But she also knows that not everyone has the same support, resources, or opportunities to explore these alternatives.

Smith chronicled her journey in her “Packet of Hope,” a document she circulates freely for anyone in a similar circumstance to review.

In it, she discusses her fears, offers detailed accounts of her therapies, and describes the value of the emotional support she received in her fight.

“People gave me gifts, mailed me cards, sent me texts, made me meals, asked me how I was doing,” Smith writes. “All that means so much and is very uplifting to someone. My love tank has been full since July thanks to all the people in my life.”

With the help of her close-knit Haddon Township neighborhood, Smith is also working to establish a permanent entity to help others facing the same challenges.

“There is this whole world out there, this whole community you would never know exists unless you’re looking for it, curing cancer without traditional means, and succeeding,” Smith said. “I found that world and embraced it. Your body can heal itself if you give it the right environment.”

Helping other people get into that environment is the objective of The Linwood Health Group, a 501(c)3 entity that Smith created with her neighbors. Its mission is to assist local people with life-threatening illnesses in accessing alternative therapies that aren’t covered by health insurance—people like Smith.

“We’ve learned so much from what Sharon unfortunately has gone through, but the light at the end of the tunnel is eye-opening,” said Linwood co-founder Christina Bobco. “This situation has banded us together as a community.” 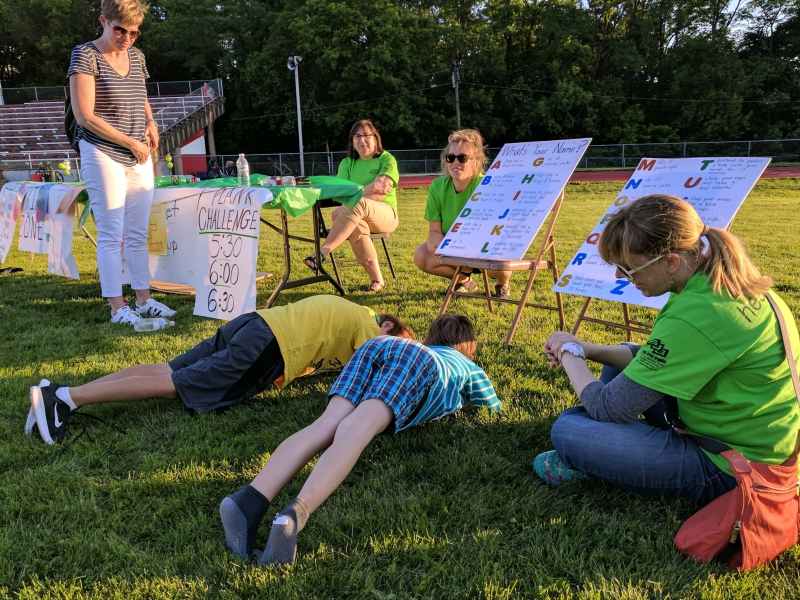 She wonders what might have been if the supports that Smith had rallied for herself had been more broadly available.

“She would ask, ‘What’s next, what’s next?’ and the doctor would tell her, ‘Reel it in, let’s talk about tomorrow,’” Curran said.

“We’re also here to help educate people on a healthy life and how to heal themselves,” said Linwood Group member Joelle Gordon.

“It’s about helping people get that healthy lifestyle; getting people before they get that diagnosis.”

They started small, with a bake sale that netted $300 towards Smith’s care. Then the members began weekly group meditations, trained together for road races, and even started a community garden in Gordon’s backyard. Last week, they hosted a much larger-scale event: the HealThy Life Track Meet and Health Expo.

With 135 racers, about a dozen vendors, and a beautiful afternoon at the Haddon Township High School track, it was, by all accounts, a success: the group raised more than $12,000 to help seed its future activities.

Selecting any treatment plan for a complex health condition is a personal choice, but Smith hopes integrative medicine will eventually be more broadly available to those who need it. Most importantly, she hopes that those who seek out something different will know that they are not alone in their fight. In her Packet of Hope, Smith writes:

“I incorporated many many healing activities into my life. I have no stinking clue what helped and what didn’t. Some of this stuff could have very well been a waste of my time and money—I just don’t know!? I HAVE to believe though, that it was a team effort.

“There was not one “magic bullet’ treatment…I believe that EVERYTHING COMBINED is what did the trick. I wish there was some way to measure the effectiveness of each treatment to my success thus far but there really isn’t.

“The more advanced your cancer is, the more aggressive you need to get—the more things you need to add to your grab bag….even if it means that all you feel like you ever do is sit home and try to cure your cancer.

“I’ll be honest‐‐this lifestyle chomps away at your free time and it could very well rule your life. Expect to sacrifice a lot and deny yourself things that you enjoy (particularly, good food, alcohol, going out to any restaurant you want, etc.). Positive results make it all worth it, though.”

For more information about The Linwood Health Group and its activities, visit linwoodhealthgroup.com.