Although the city school district was able to close its digital divide thanks to philanthropic contributions and repurposing state funding, maintaining its gains is a separate, ongoing challenge. 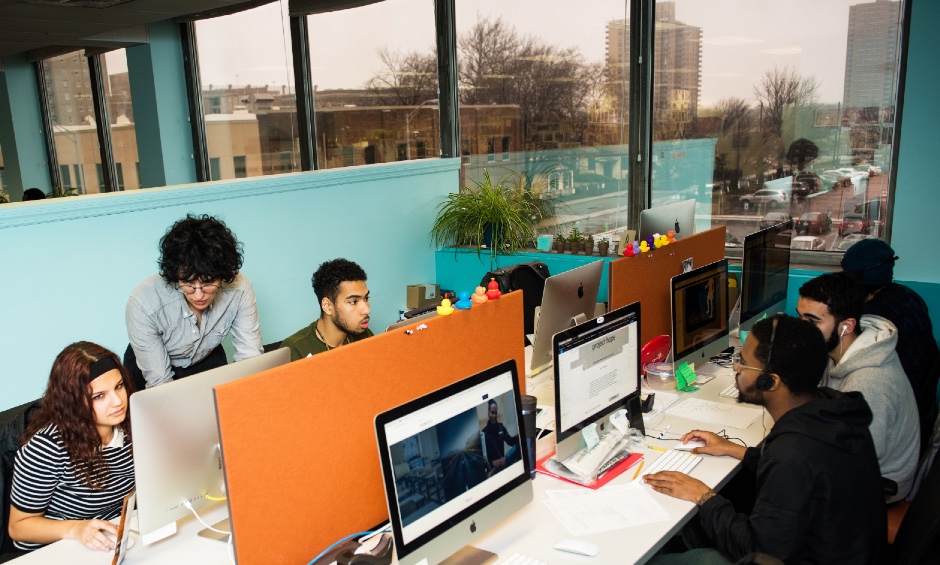 When the novel coronavirus (COVID-19) pandemic sent school districts scrambling to provide a remote alternative to in-person education, the New Jersey Department of Education estimated that some 231,000 students across the state lacked the necessary resources to participate in online instruction.

Some better-resourced school districts were able to address the problem more quickly than others.

In Camden City, where public school funding has suffered for years, students in the district were arriving in person to retrieve packets full of paper worksheets.

These circumstances didn’t crop up overnight. Prior to the pandemic, and en route to becoming a one-device-per-student (1:1 technology) district, the district had already discovered that only a third of Camden City families have Internet access and digital devices Superintendent Katrina McCombs said.

“That let us know, ‘Wow, we have a huge divide here,’” McCombs said. “In order for us to really implement any type of 1:1 initiative, we would have to overcome lots of hurdles.

“Then the pandemic came, and it just forced us to figure it out ahead of time, ahead of when we had initially planned to,” she said.

By June 2020, the district had secured the resources necessary for its students from a variety of sources public and private.

Local philanthropic donations, including those from the Camden Education Fund, Townsend Press, and the Campbell Soup Company, netted $400,000, which the district used to purchase Chromebooks and Google software licenses for its high school students.

School officials repurposed about $1.5 million in Title I state funding to secure digital devices for Camden City middle- and elementary-school students, and Wi-Fi hotspots for students without Internet access; later, it procured devices for its preschoolers from the same sources.

Although McCombs has pledged that the district “made the appropriate provisions in our upcoming budget” for its 1:1 initiative, “and plan[s]to continue this practice to fund its continuation,” she declined to specify how much of its annual per-pupil cost will be given over to technology.

The district plans to utilize ESSER funds from the federal stimulus packages to ensure an adequate supply of replacement devices and hotspots, but McCombs was unable to say what percentage of the district budget from the last, current, and next school years is dedicated to bridging its digital divide, due to “the dynamic nature of [the]budget.” 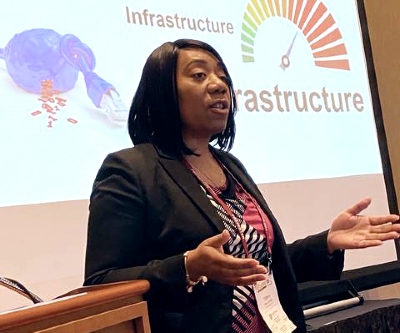 Tiffany Godette, senior director of Camden City Schools Office for Information Technology, said the district now has the necessary devices and hotspots for all of its students; however, it’s unclear whether or not these gains are sustainable.

Despite its extensive technology rollout, at the end of 2020, about 272 Camden City students (4 percent of the district) still lacked either a digital device or Internet access.

The district continues to provide multiple options for these students to request and receive devices and hotspots. But it must also contend with a cyclical inventory concern.

In December 2020, TAPIntoCamden reported that 450 of the 5,075 devices that had been distributed to students (about 9 percent) needed to be replaced within six months of their issuance. According to McCombs, many of its district-issued laptops had been accidentally or intentionally damaged. The district has been monitoring the durability of these devices, and has begun stockpiling replacements.

Last summer, the district had allowed students to keep their devices until classes resumed in the fall, Godette said. Going forward, the devices will be collected for summer break. With this process in place, the district anticipates keeping its newly purchased devices and hotspots in rotation for the next two-and-a-half to three years.

Rutgers University–Camden English professor Jim Brown, who studies the digital divide, worries that merely providing funds for purchasing Chromebooks and hotspots without investing in support and maintenance only provides a patchwork solution to the problem.

In the worst-case scenario, Brown said that, if the devices and hotspots broke and couldn’t be replaced, the educational curriculum written under the assumption that students had devices and Internet access would have to be redone. 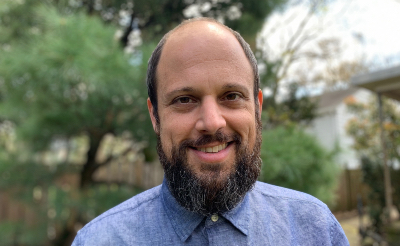 “Who’s coming back in two to three years to upgrade those devices? Who is paying for that next step in the process?” Brown said.

“Just dropping a bucket of cash into a place, at a moment, is not necessarily helpful.”

Under Godette, the district developed a three-year plan to ensure the security of its digital assets, and the availability of additional digital materials as students need them.

Now, all devices are centralized in one school building and tracked by asset management software. The district also hired an external company to audit its entire device inventory in January 2021, which will provide a baseline for its future needs.

“We really jumped between leaps and bounds, just making sure that we’re able to close that divide, and be in the place we’re in now,” Godette said.

Maintaining its digital assets is not the only ongoing financial concern in the district.

In recent years, Camden City schools have been hampered by massive budget gaps, including a $42-million state funding shortfall for the 2020-2021 school year, according to calculations based upon the New Jersey School Funding Reform Act (SFRA).

The SFRA itself was enacted in 2008 to equalize aid among New Jersey school districts; however, that formula shaved off $47 million in annual aid that had previously been diverted to Camden schools under prior funding allocations. The formula was doomed by the global economic downturn, funding cuts to schools under the Chris Christie administration, and the state failing to enforce policies for municipalities to fund the formula.

But even if Camden City schools got all the funding they were due under the SFRA, it might not be enough. 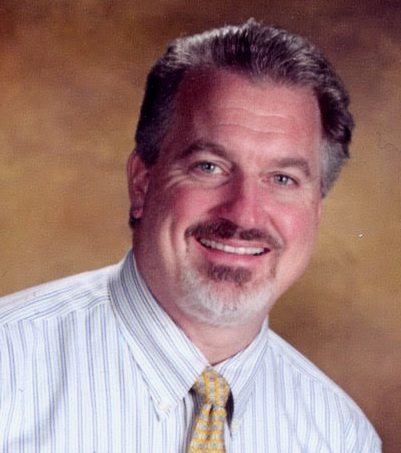 “When this happens over decades, it’s not enough even to just get to where the formula says you should get enough money,” said Mark Weber, a professor of public school finance at Rutgers University, and a special analyst for education policy at New Jersey Policy Perspective.

“You have to make up for those past inequities,” Weber said.

“That’s where we’re at right now.”

Budgeting for Camden schools is further complicated by the recent and rapid proliferation of charter and renaissance schools in the city, which now claim almost 40 percent, or $156 million, of the annual budget, while accelerating the decline in public-school enrollment.

The district keeps the other 10 percent to offset overhead costs; however, when the formula was created, enrollments at charter schools weren’t what they have become today.

Today, Camden City public schools operate below capacity, but the decreased enrollment does not change their fixed costs, including deferred maintenance of its aging buildings, some of which are in extremely poor condition. Those building costs are supposed to be covered by the New Jersey School Development Authority, which has itself been underfunded for years.

In contrast, charter and renaissance schools operate in new buildings, their construction funded by the charter operators. Separately from the money they draw from the Camden City School District, they also have received financial aid from the first and second stimulus packages and PPP loans.

The Camden City School District receives more funding per pupil than any other district in Camden County, and more than almost all other K-12 New Jersey school districts with more than 3,500 students.

But according to Danielle Farrie, director of research at the Newark-based Education Law Center (ELC), “Camden [needs]programs that their neighboring districts don’t need, and it costs more money to provide those programs to those kids.” she said.

“People tend to have a sort of naive assumption that it should cost the same amount of money to provide an education in district A as in distinct B, even if the conditions under which those two districts operate are very different,” Farrie said, noting that education costs are largely dependent on economic circumstances of the families of the students. 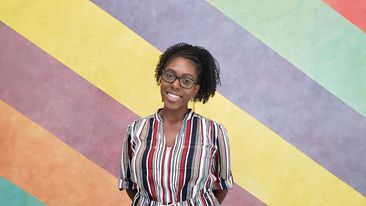 Destiny Bingham, a teacher at the KIPP Cooper Norcross Academy charter school in Camden City, underscored that point when she described the unstable home conditions that prevent some students from participating in digital learning.

“We’ve had students that have been changing homes, or experiencing homelessness, and even though they have a laptop, they don’t necessarily have [the] Internet everywhere they go,” Bingham said.

“Or they don’t have [the]Internet if they’re in a car for several hours trying to get to their aunt’s house that is not in Camden.”

Camden City native and activist Ronsha Dickerson, a mother of four school-aged children in the district, said that students’ digital literacy challenges were known to school officials, and included issues with its administration of online standardized testing as well as ongoing staff turnover.

“There were issues of equity before we got to the pandemic,” Dickerson said. “Everyone was kicking into gear in a pandemic; everyone has that savior effect that goes on. And Lord knows, we need the support. But it’s like, ‘Oh poor Camden public schools, give them money,’” she said.

“The digital divide will continue on, because it requires someone to take on the heavy lift of how to dissect where the problem comes from,” Dickerson said. “It starts with not just the school, but also the city, trying to figure out how [to]create better outcomes for our residents.”

This story was produced thanks to a reporting grant facilitated by the Center for Cooperative Media at Montclair State University and funded by New Jersey Children’s Foundation.