Independent board game developer Jason Tagmire is making a name for himself with crowd-funded, inexpensive amusements published from the SoHa Arts Building. 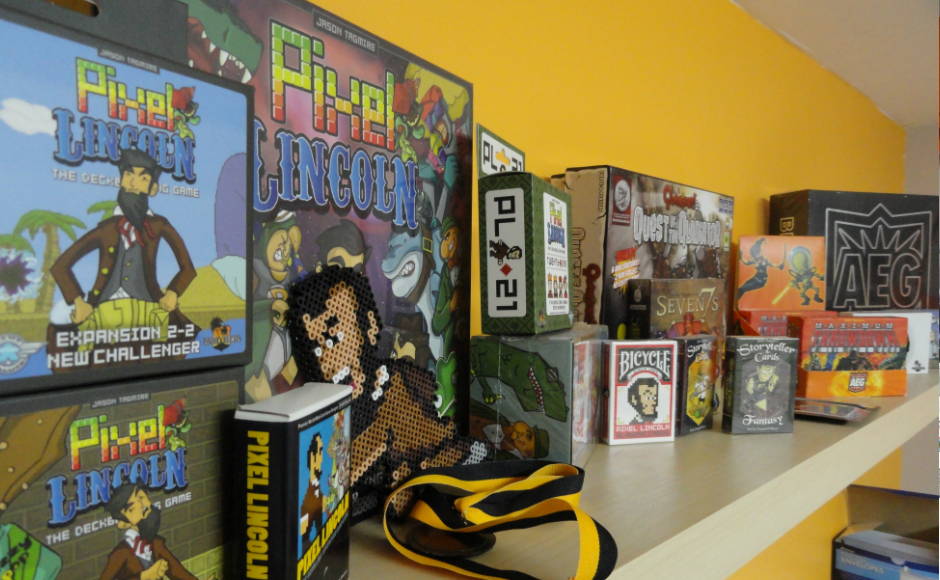 Although unfamiliar, the games on the shelf in Jason Tagmire’s office have compelling titles that are offset by even more interesting artwork.

Delve into the packaging and the premises of the games are even more unusual: bluffing games set in the age of the Salem witch trials, among feuding magicians, or three cats scuffling in the back of a police car.

If these sound like a departure from the more traditional Monopoly, Risk, and Sorry, that’s because they’re the work of independent game developers like Tagmire (who, incidentally, is a big fan of Monopoly, Risk, and Sorry). The Haddon Township resident even briefly owned a comic book and trading card store before discovering that the more games he encountered, the more it felt possible to publish his own.

“It’s a natural evolution,” he said. “I feel like every single person who plays games hits that point. There’s something very personal in board games where you feel this connection, and you feel if you had your chance, what would you do?” 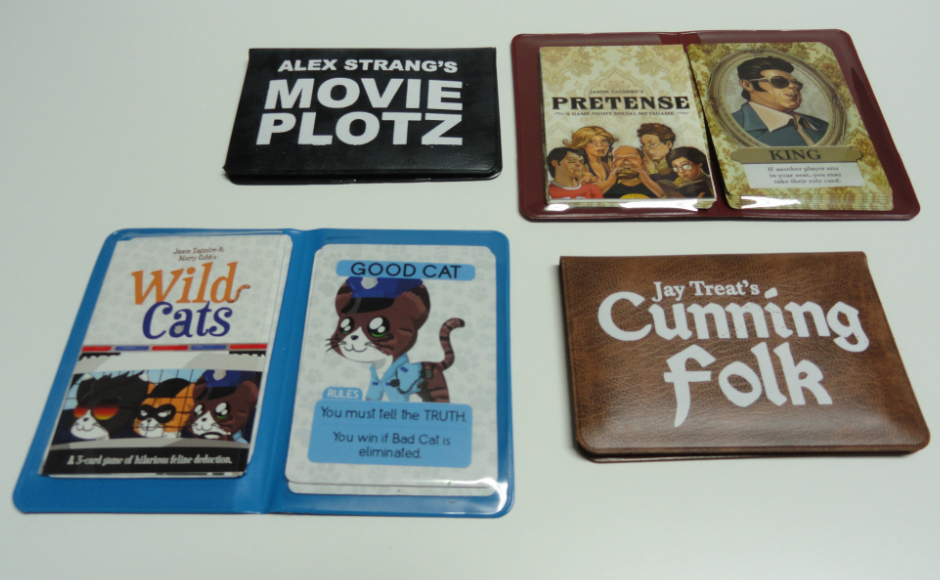 That impulse combined with greater ease of access to on-demand game publishing companies like GameCrafter led Tagmire to enter the marketplace: first as a consultant for other gaming companies, and then under his own label, Button Shy Games.

Most recently, Tagmire has set up Button Shy in the SoHa Arts Building in Haddon Township, where he builds and play-tests self-contained “wallet game” decks that max out at 18 cards.

“I’m trying to find a different side of the board game industry,” Tagmire said. “I like to use that [form factor]as a design challenge. Our little games are cheap, and they’re small. I’m trying to get to the most intense gameplay.”

Instead of trying to compete with larger publishers whose products land on the shelves of big-box stores at $40 apiece, Tagmire is tackling the indie audience with $10 games, the development of which is often crowdfunded through Kickstarter campaigns.

Although the site takes 10 percent, selling directly to his customers allows Tagmire to keep more of the sales revenues than if he had signed a distribution deal with a third-party retailer. He fulfills orders from his office, and travels to gaming conventions to reach his audience. Margins are often thin.

“Our best-case scenario is that Kickstarter pays for the production of everything, and then everything we sell after can be where we start to make a profit,” Tagmire said. “My ultimate goal is building that [audience]reach.” 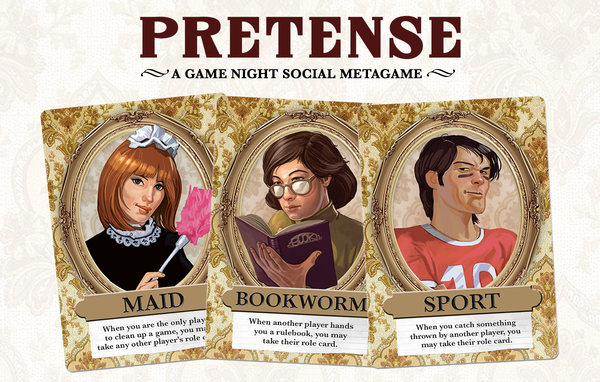 Like the mobile gaming industry, the marketplace for independent board games is crowded and full of niche interests (there are 603 indie game projects on Kickstarter alone).

The only difference is that while a successful board game might sell 10,000 or 15,000 copies, the most well-known apps are downloaded millions of times.

Board-game makers often get their products to market much faster, however, which matters as audiences consume their amusements rapidly.

“There are so many board games coming out on Kickstarter that you’d never see in a year; same thing with apps,” Tagmire said. “There’s also a cult of the new. Your window of opportunity is so tiny these days. It’s really hard to make a long-lasting game.”

Despite the odds, Tagmire’s doing his best. One of his latest creations, the “game night social meta-game,” Pretense, was just named Game of the Year at the 2015 Philly Geek Awards. Like the party quirks challenge from the Whose Line is it Anyway? improvisational comedy show, Pretense assigns every player a secret role to act out over the course of an evening, until it’s guessed by another player.

“There’s all these different game night tropes: the one who never cleans up, the one who hogs all the food,” Tagmire said. “It’s unique; it’s got beautiful artwork. It’s entirely [about]being more social.”

Therein lies the key difference between Tagmire’s creations and the downloadable-but-more-disposable mobile gaming market: you need someone else to play his games with you.

“That’s the appeal,” he said. “Some games are very social; others, we’re fighting for something. I’m trying to get inside your head; trying to read you.”

In applying his efforts to something that will help people “try to get away from the screen for a little bit,” Tagmire is, in turn, pooling a variety of perspectives that inform the finished product.

“Testing it requires all different kinds of people,” he said. “It’s the community you need to make a board game.”