The event, which ran across eight locations throughout the state October 23, connected law enforcement officials with members of their communities and took weapons off the street. 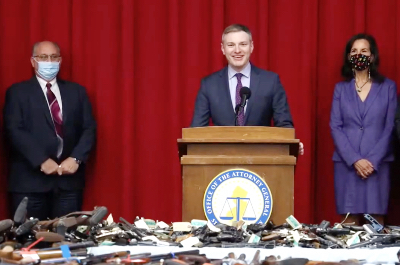 On October 23, New Jersey law enforcement officials set a single-day record with a gun buyback event that expended $401,525 to collect 2,806 firearms across eight locations in the state.

Those surrendering their firearms collected cash for as many as three guns, at $250 for an assault weapon, $200 for a handgun, $125 for a rifle, and $25 for an inoperable weapon.

Some turned in weapons without asking for money; others turned in more than three without payment for the extra weapons.

“Every single gun that you see displayed in front of us is a gun a six-year-old won’t find in their grandparents’ attic,” he said. 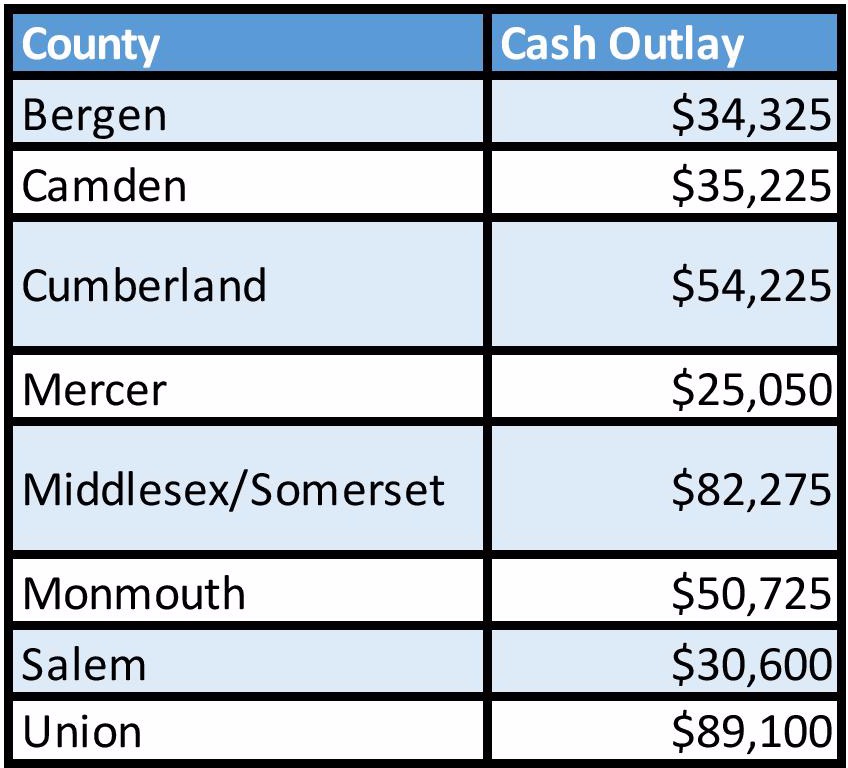 The Antioch Baptist Church in Camden City, site of the Camden County gun buyback event, paid out $35,225 for 249 firearms, including 101 rifles and shotguns and two assault weapons.

Some of that was offset by event co-sponsors Cooper University Health Care and Virtua Health.

Weapons collected are processed through a property database to see if any have been reported stolen.

After they’re tagged and collected, New Jersey State Police troopers load the guns onto a conveyor belt of a private smelting facility, and confirm that they’ve been destroyed.

Acting Camden County Prosecutor Jill Mayer said that the gun buyback is one among a series of community driven events upon which law enforcement professionals rely to reduce violence.

“We know the typical person who looks to commit acts of violence using a gun may not have been the ones turning in a gun.

“But we also know that guns that have been used to commit crimes have often been stolen from residences, or children have gotten hold of them, and that’s when tragedy follows,” she said.

Even inoperable weapons and pellet guns help the cause, Ferris said, because “if it’s in somebody’s hands, you can’t tell if it’s a real gun or a fake gun.” 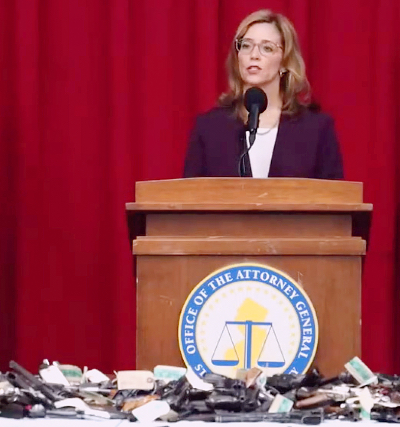 Neither did it matter to police where the weapons came from, or from whom they were being received.

Cash crossed palms, no questions asked, and weapons went to the smelter on the other end.

Bruck called the simplicity of that transaction “an effective tool” to achieve the aims of the event.

The opportunity of a neutral interaction with police was another effective aspect of a program that “the community was asking for,” Ferris said.

“It’s a little more than a gun buyback,” he said.

“Relationships form; the fact that we’re able to have a dialogue.”

Holding the event in a church rather than the police department offices, or a government facility, “was an easier way [for residents] to come in,” Ferris said.

There are no other gun buybacks currently scheduled in the state, but Bruck said he’d coordinate future events with participating partners, like Cooper and Virtua, which Ferris noted are “on the opposite end of gun violence.

“They wanted to get involved,” he said; “they see the other side of it.

“Gun violence affects the community, not just the police officers.”