Judge Mary Beth Kramer determined that County Clerk Joseph Ripa has not harmed Law, who is challenging Donald Norcross for the first district congressional seat, by refusing to commit to a structure that determines candidates’ placement on the ballot. 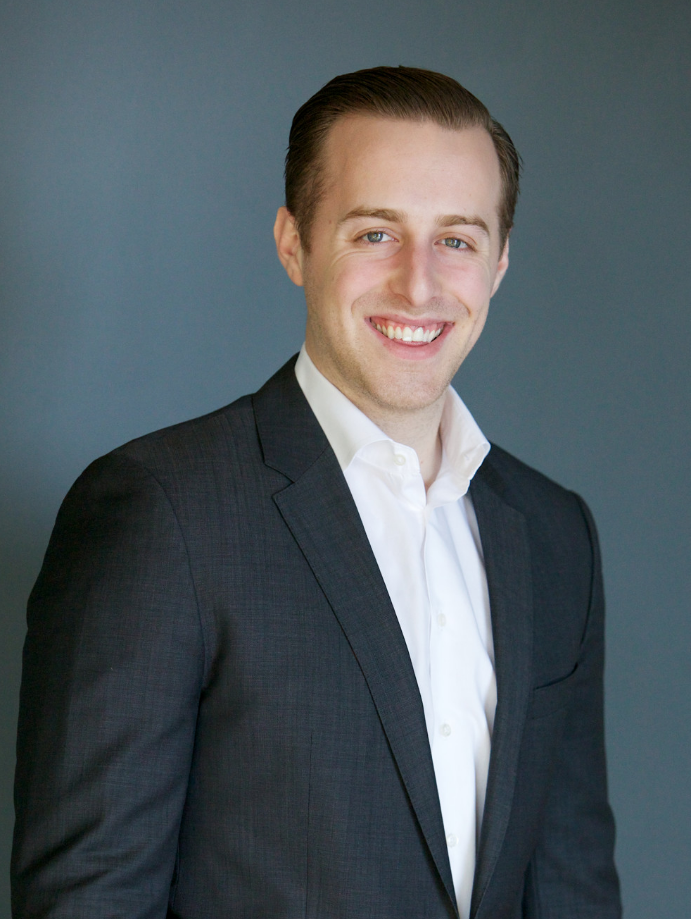 Law, a Collingswood native, claimed that Ripa’s office had refused to disclose its process for the construction of the primary ballot despite repeated requests for information, particularly regarding the clerk’s treatment of bracketed candidates.

New Jersey law states that ballot position is determined by a random drawing held by the county clerk.

According to the statute, candidates who choose to file their petitions for election as a group “shall be drawn for position on the ballot as a unit and shall have their names placed on the same line of the voting machine,” a process known as bracketing.

The law further states that “each bracketed group [of candidates is]to be treated as a single name” when drawing for ballot position.

Law contended that the statute isn’t clear, however, as to whether the names of both bracketed and unbracketed candidates are drawn at the same time, whether bracketing applies to Presidential candidates, and/or whether a minimum number of candidates is needed to be bracketed together. Without knowing the process, Law feared he could be exiled to “ballot Siberia” by choosing to align with other candidates.

He cited as evidence of this the construction of the ballot in the 2014 primary elections. On the Democratic ticket, the first column includes bracketed candidates from the Camden County Democratic Committee, Inc.—Cory Booker, Donald Norcross, Ripa, Louis Cappelli, and Scot McCray—which fielded a candidate for every available office. Columns two through six consist of five unbracketed freeholder candidates. The only other column on that ballot to include bracketed candidates is column seven, which consists of Frank Minor and Frank Broomell, Norcross’ challengers for the U.S. Congressional seat.

On behalf of Law, Cherry Hill attorney Alan Schorr argued in court last week that the clerk should provide a public explanation of its process.

“We’re asking the clerk a question, and asking the clerk to give us something that is public record,” Schorr said. “We’ve gotten back consistently, ‘We won’t tell you until we see whoever’s applied and we see what’s best for Camden County.’

“Give us the procedure before all the other applications are in so that you can’t make up the rules afterwards,” Schorr said. “The statute is unclear and ambiguous as to at what point the clerk has to make the decision as to set up the ballot.”

‘What we consistently planned to do is follow the statute.’

On behalf of Ripa, Camden County Counsel Christopher Orlando argued that any judicial action that would tie the hands of the clerk in creating the ballot could diminish the statutory powers of the office.

“We’re left with a complaint that asks for no relief,” Orlando said. “There’s nothing in the [state]constitution that requires the perfect answer to any of these hypothetical questions. ‘The clerk shall have the ability to create the ballot,’ and all the case law shows that.”

Orlando also argued that the law provides a 12-day opportunity for aggrieved candidates to challenge the makeup of the ballot after the draw that determines their order is conducted April 18.

“File a challenge then,” Orlando said. “Dealing with any of these issues now steps on the ability of the county clerk, and it’s not right.”

Although Law’s chief opponent, Donald Norcross, was not named in the suit, Norcross’ personal attorney William Tambussi appeared in the courtroom and was given leeway to speak on behalf of his client’s interests. Tambussi argued that Law “can’t look to the clerk” to make “a political decision” for his campaign.

“What they’re really asking is for the clerk to tell him if he should bracket with somebody else,” Tambussi said. “That’s his choice. He has to make a political decision. He wants somebody else to make it for him.”

Schorr said that Law was simply looking for a clear understanding of the process used to determine the layout of the ballot in order to make that strategic decision. Traditionally, incumbents are given the innermost column, Schorr said, but even that’s not a guarantee the clerk’s office was willing to provide.

“What they’re really asking for is the fool vote,” Orlando said, “where the uneducated can just go in and push a button. What we consistently planned to do is follow the statute. What the clerk strives to do is create the most consistent ballot throughout the county.”

Orlando offered that no candidate is given special treatment in the construction of the ballot, after which Schorr pressed him to explain the process for determining whether county-wide candidates are bracketed.

“Having this on the record may become very important later on should there be a challenge to the ballot,” Schorr said.

Tambussi interjected that any empirical evidence to support the benefit of appearing in Column 1 is “as illusory as the Easter Bunny.”

“You have to choose who to bracket with based on your political views, who you want to be on that ballot and stand out with,” he said.

“Yes, we’re in the luck of the draw, but which draw are we going to be in?” Schorr said. “Parties need to know the rules in advance.”

Schorr replied that Law merely wanted an opportunity to be “in the same box” with Norcross, and to not be moved to the farther reaches of the ballot because of his choice to bracket or not to bracket with other candidates.

“Why does the court only have to determine what’s fair after the fact?” Schorr said. “Why can’t they know in advance how they’re going to treat all the candidates? What do you consider a bracket? The statute is not very clear on that.”

Camden County Superior Court Judge Mary Beth Kramer dismissed Law’s complaint as having no grounds for injunctive relief. The judge found no evidence that not knowing the specific ballot-making process employed by the clerk ahead of its construction subjects Law to unfair treatment. She added that the traditional appeals process provides adequate protections for any candidate’s grievances about the construction of the ballot.

“I just don’t see where you’ve provided any proof of mischief…skullduggery, whatever, that that has gone on,” she said in court.

According to Kramer, bracketing is related to First Amendment rights, in that it allows candidates with a similar message to appear in the same column. However, a candidate’s desire to know the clerk’s process in advance of ballot-making in order to make a determination about bracketing does not supersede the authority of the clerk to set the ballot. She did explicitly state that the drawing for ballot position should encompass all bracketed and non-bracketed candidates in a single drawing.

Law said that he was pleased that the court heard his case.

“This was a preemptive lawsuit, so it’s on the judge’s radar,” he said. “We took care of it now.”

“Ideally, we wanted a precedent to be set so that in the future candidates would not be taken advantage of,” Law said. “In the United States of America, you should not need a legal team to be able to determine order on the ballot.”

“We were asking the judge to rule on an issue of first impression, and this was not a judge who had an appetite for that,” said Schorr.

“Unless you know the value of something, you don’t know what you’re doing.”

Despite the outcome of the suit, Schorr said the ruling gave him confidence that the county would create a fair ballot, which he described as the clerk “not finding some way to give Mr. Norcross an advantage by simply handing him a preferential ballot placement.”

“We were very concerned that the county was going to say that the presidential candidates and whoever’s bracketed with them get first columns, so that means that Norcross gets Column I or Column II and then we’re going to draw with everyone else,” Schorr said. “If they now change their mind and decide to do that, we’ve got a record.

“There shouldn’t be a material impact because we have a statute and we have the word of the county counsel saying that they’re not going to give preferential treatment to presidential candidates,” he said. “I am confident that the county will follow the law and we’ll have a fair ballot placement.”

“As we have consistently said throughout this process, the county clerk cannot, by law, provide political advice and strategy to any candidate with regard to bracketing,” Keashen wrote. “Not only have the attorneys representing the Camden County and Gloucester County Clerks repeatedly directed Mr. Law and his attorneys to the relevant statutes, the court has now ruled and dismissed every single element of this meritless complaint. The court’s decision on this case is clear, this was undoubtedly an attempt to create an issue where none exists – and the ruling underscores this fact.” 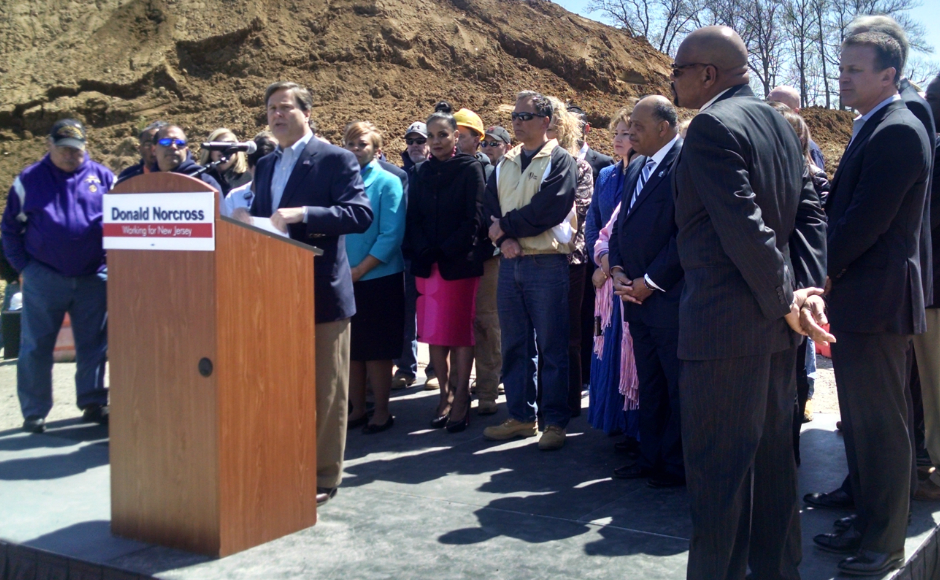 Court arguments were concluded last Tuesday, the day in which candidate bracketing filings were due. Kramer’s decision was issued last Wednesday, the same day during which Norcross appeared at a political rally in Cherry Hill to officially kick off his re-election campaign.

That day, Norcross announced that he would be running with the endorsements of both the Bernie Sanders and Hilary Clinton campaigns (Ripa also appears on a list of endorsements from elected officials on Norcross’ campaign site).

Law will be bracketed with Camden County Freeholder challengers Mo’Neke Ragsdale of Camden and Steven Kelly of Barrington.