Firefighters said no one was seriously injured in the second-story fire, which drew response from eight area fire companies. 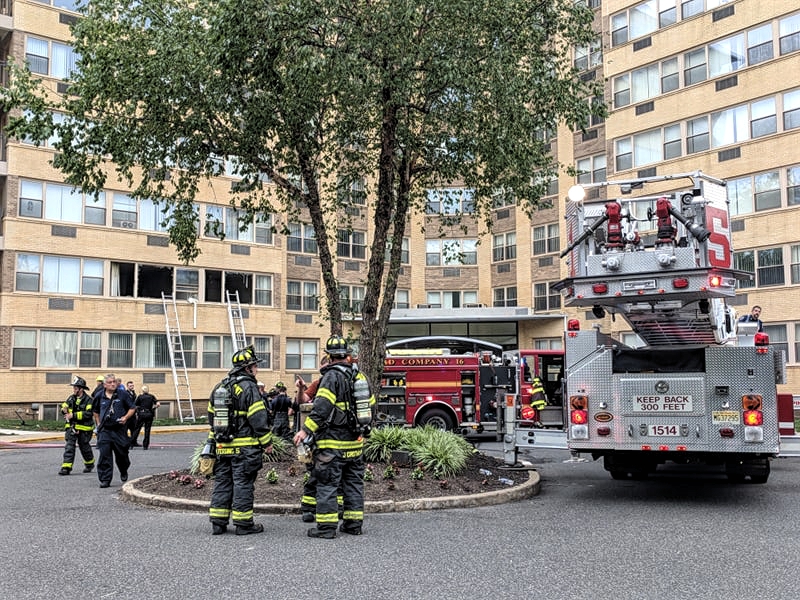 Firefighters inspect the second-story damage from a fire at the Parkview at Collingswood. Credit: Matt Skoufalos.

Emergency services personnel transported multiple residents from the scene of a fire at a Collingswood apartment building Friday.

No one was seriously injured in the incident, which Gloucester City Fire Battalion Chief Patrick Hagan said was confined to the kitchen area of a second-story apartment at the B building of the Parkview at Collingswood.

Cherry Hill Fire Battalion Chief Jason Houck said the fire was under control within 20 minutes of a 5:52 p.m. dispatch.