Trending
You are at:Home»Business»New Owners to Continue Modern American Flavors at Collingswood’s Porch and Proper

Patricia and Tony Massoud want to keep growing the in-house team at the young restaurant, adding in touches of Mediterranean influence from their native Lebanon as they go. 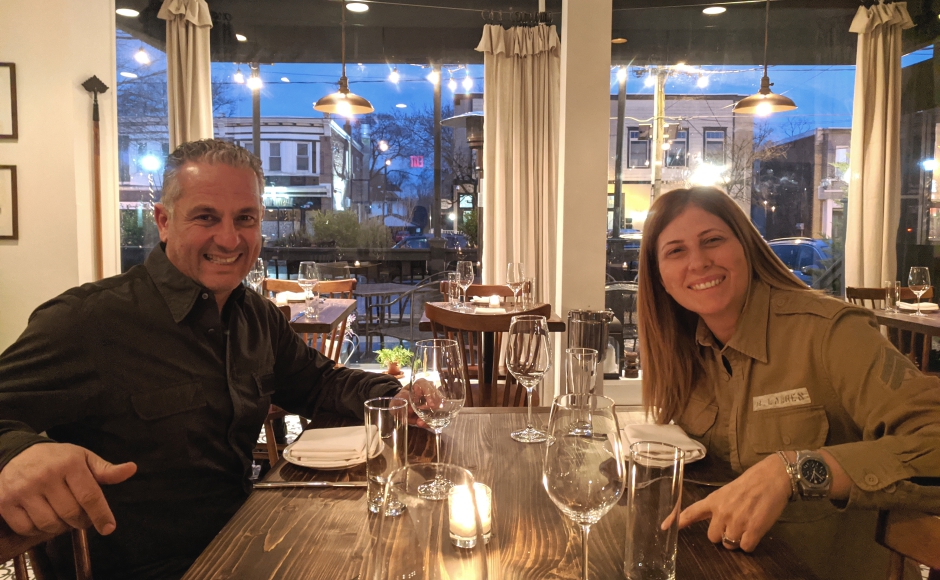 Just five months ago, Patricia and Tony Massoud sold off everything they owned, left Lebanon with their three teenaged children, and moved to Cherry Hill.

The Massouds come from a culinary family, and in making their new life in the United States, the couple saw an opportunity to put that expertise to work in the fertile South Jersey dining scene.

Tony has a background in food distribution and Patricia spent more than a decade in Lebanese kitchens, even studying with top chef Maroun Chedid. Her parents used to own a restaurant in Lebanon, and her cousin, Nathalie Richan, has built a following in Philadelphia with eateries Café La Maude and Suraya.

“I was planning all my life to have a restaurant,” Patricia Massoud said. “I used to be a silent partner in many restaurants. I was searching for a place to open.”

Of the many establishments they visited while exploring the area, the couple kept returning to Collingswood’s Porch and Proper. There, Patricia fell in love with the dishes as much as the ambiance, discovering the influence of her homeland in its décor, from the patterns in the tiles to the old brass mirrors to the glass art on the walls.

“The tile reminds me of my grandmother’s place,” she said. “I was crying. I missed my country, I missed my place; I missed my mom. This place is my home.” 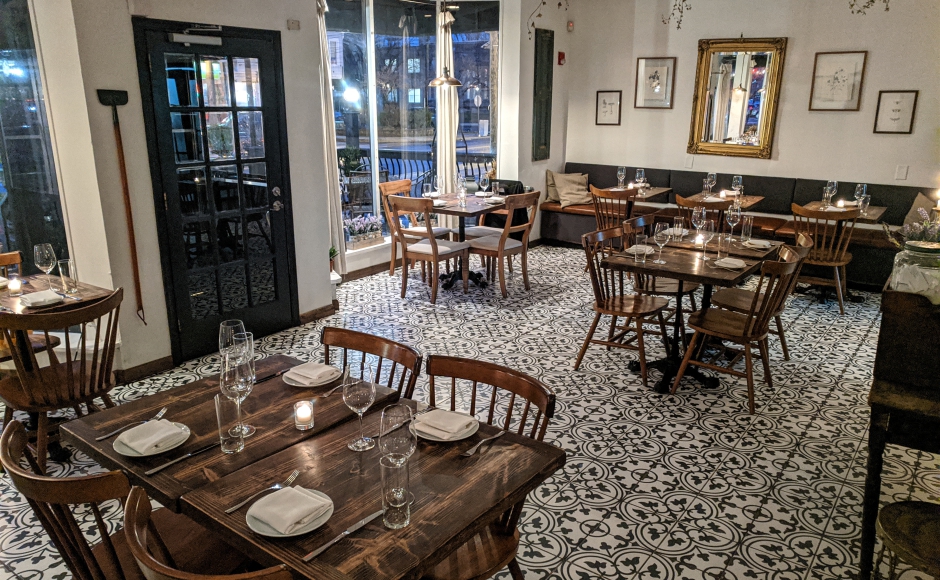 Most of all, Patricia said, she fell in love with the staff.

Its level of attention to guests and the quality of the service she received in the dining room kept her coming back.

She returned monthly as the menu rotated through various dishes, and finally, met owner Jason Simkins.

Two weeks ago, she and Tony bought the restaurant from him.

Simkins had little to say about the sale, other than that the Porch and Proper model will remain intact, as will its staff, under the Massouds. He’s looking forward to spending more time with his daughter and his wife, Casey, before making any big plans for the future.

Patricia, however, is bursting with ideas to enhance the brand that the Simkins family created in the former IndeBlue restaurant at 619 West Collings Avenue. She doesn’t want to overhaul the menu or devote it entirely to Mediterranean fare; instead, she’s looking forward to adding elements of what she knows to enhance what the staff already does well.

“I don’t want to become Suraya,” Patricia said. “I want American with a touch of Mediterranean.”

The first way she plans to express those flavors is in a Mediterranean-inspired Sunday brunch, set to debut next month. 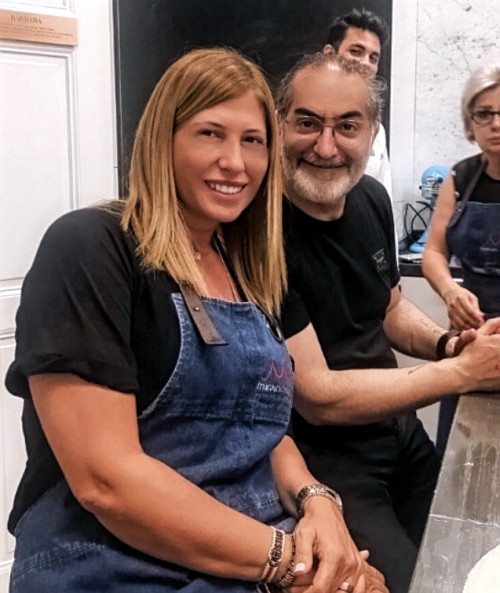 Dishes could include man’oushe, a popular flatbread topped with za’atar seasonings; shakshouka, poached eggs in spicy tomato sauce; and pita with fava beans and scrambled eggs.

House-made labneh, a cheese of salted, strained yogurt; homemade hummus; cured olives; sweet and savory French pastries; and homemade jams are all in the works.

But, Patricia cautions, “This will take time.”

Most important for her is to make sure the staff and customers who’ve come to love the Porch and Proper experience feel comfortable with the changes.

“I don’t want to directly change everything,” she said.

“I will see if people like the idea. I will work on it step by step.”

Importantly, the staff at Porch and Proper seem confident in the transition, and excited about the new opportunities to expand its culinary repertoire. Chef de Cuisine Jay Schipp, who’s headed up the kitchen since July 2019, said the Massouds have been helpful and supportive to the in-house crew.

“They love us; they love what we’re doing,” Schipp said. “They want us to keep on proceeding with our dream. I couldn’t ask for anything more.”

Like most of the staff at Porch and Proper, Schipp is young. He’s spent the last year honing his talents there; prior experience includes stops at Iron Hill Brewery and Kitchen 519 in Glendora, where he learned every job in the kitchen before cooking. 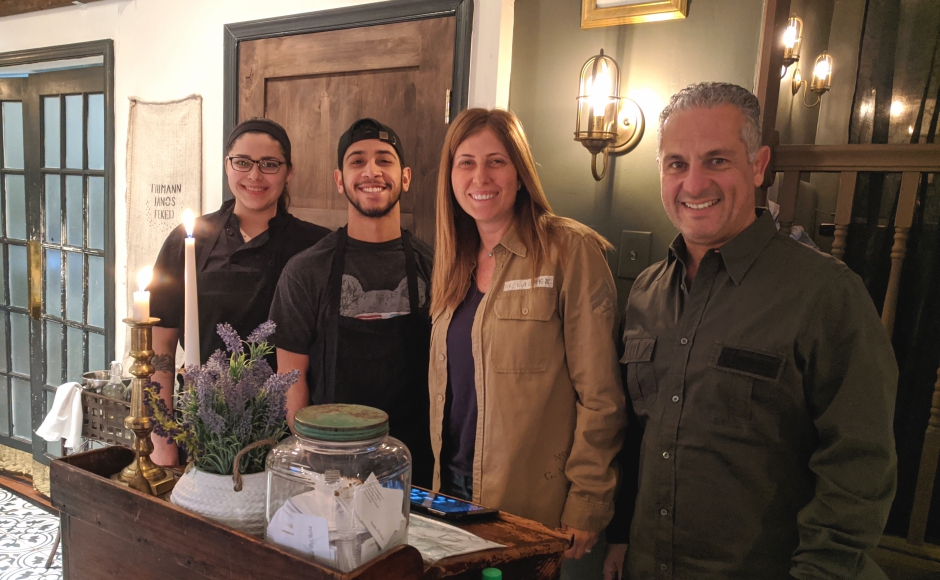 But that youthful energy informs his approach to cuisine.

The Fairview native said a focus on scratch cooking with farm-to-table ingredients helps Porch and Proper distinguish itself from other restaurants in the area.

“I just like to cook things that I would like to eat, or just want to try,” Schipp said.

“I try to be creative and make things that are fun but relatable to a common person.”

Sous chef Jozlyn Rivera, who began with Porch and Proper as a pastry chef, said the team prides itself on enthusiasm and adaptability, creating menus that reflect its varied influences. Integrating Mediterranean flavors here and there will be par for the course.

“We teach ourselves; teach each other,” Rivera said. “We all come from a lot of schools, different places; we’re not one cuisine. Our food is full of passion and love.”

Visit Porch and Proper on social media or follow the restaurant website for details about its expanding menu.