For the first time since the advisory was issued in June, the three states that first partnered to enact it are discouraging travel among one another. 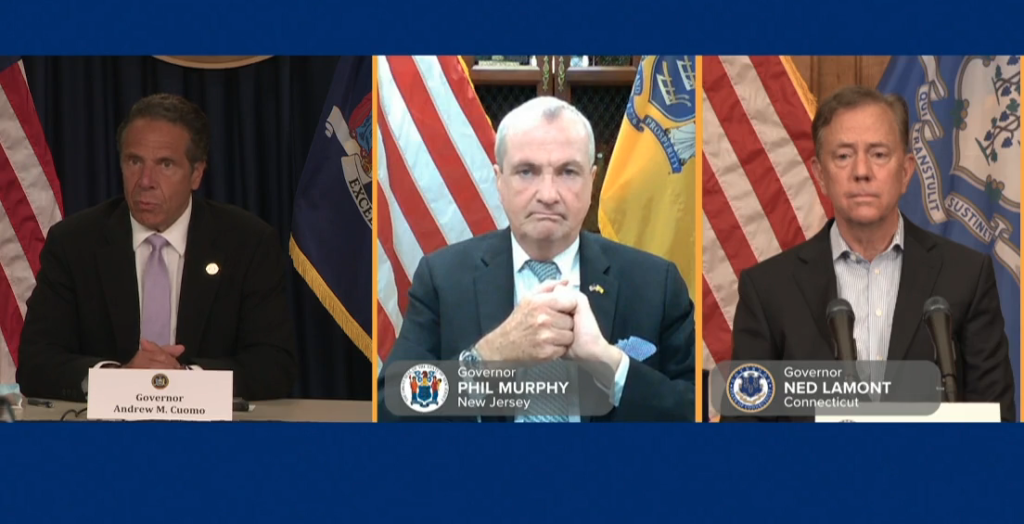 For the first time since New Jersey, New York, and Connecticut announced a joint travel advisory urging residents to avoid states with significant community spread of novel coronavirus (COVID-19), all three states are discouraging travel among one another.

The advisory was enacted June 24 as a means to inform residents about their risks of encountering COVID-19 outside of their home states, and to encourage visitors from COVID hot spots to quarantine and get tested for the virus.

In New Jersey, anyone arriving from a state or territory with a 10-percent-or-higher COVID-19 positivity rate over a 7-day rolling average, or 10 positive cases per 100,000 residents, is subject to the conditions of the advisory.

As of October 20, New Jersey’s list comprises 39 U.S. states and territories—and although Connecticut, Pennsylvania, and Delaware aren’t technically on it, their COVID-19 positivity rates would qualify them for it.

In an announcement Tuesday, Governor Phil Murphy urged residents to avoid non-essential travel among New Jersey and any state on the list, but also noted that “due to the interconnected nature of the region and mode of transport between New Jersey and the three states (PA, CT, and DE), a 14-day quarantine is not reasonable in all instances.”

“New York and Connecticut are also discouraging non-essential travel to and from New Jersey,” the statement read, “but are not mandating that travelers quarantine due to the interconnected nature of the region and economy.”

“We are now in a situation where 43 states meet the criteria for our travel advisory,” said New York Governor Andrew Cuomo in a statement Tuesday. “This is really a bizarre outcome, considering New York once had the highest infection rate.”

Cuomo described the notion of quarantining New York, Pennsylvania, New Jersey, and Connecticut from one another as impractical, “and would have a disastrous effect on the economy… However, to the extent travel between the states is not essential, it should be avoided.”

Cases are on the rise again in New Jersey: according to the state Department of Health COVID-19 dashboard, another 1,036 residents tested positive for the virus Tuesday, and 13 more lab-confirmed, COVID-19-related deaths were added to the statewide total.

In New Jersey, exceptions to the advisory include those:

Those who travel to New Jersey are asked to take a voluntary survey to connect them with assistance during their quarantines, and to share their information with local public health authorities “and other third parties when required by law.”

When self-quarantining, travelers should venture out only to seek medical care/treatment or to get food or other essentials, according to the state.

Editor’s Note: an earlier draft of this story mistakenly claimed that New York would qualify for the tristate travel advisory list; it would not.