Trending
You are at:Home»People»North Camden Little League Doc to Screen in Collingswood June 2 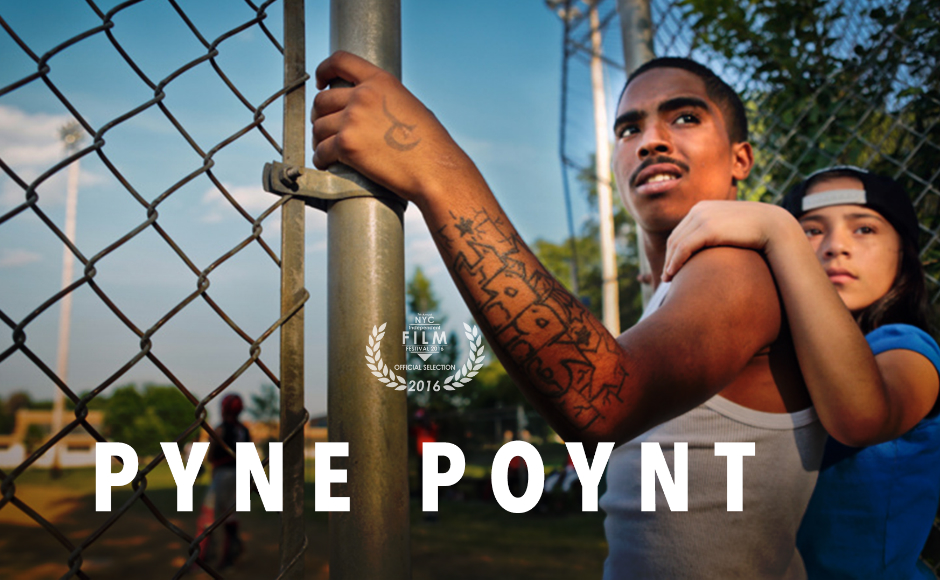 From the opening frames of Pyne Poynt, Steven Ercolani’s documentary about the scrappy North Camden Little League, typical images of urban calm—a kid riding his bike through the city, a wake-up bumper from the Mega 105.7-FM broadcast tower that looms over the field—are quickly shattered by the signs of an obvious conflict nearby.

As kids take batting practice, a shout emerges from the woods, and the camera shifts focus.

A voice from the film crew asks, “Are you sure this is cool?” and is reassured, “Yeah, it’s fine.”

Two men emerge from the woods, one pressing a shirt to his leg.

“He bleedin’,” one kid observes. Coaches hustle players off the field, barking, “Find a spot and put yourself there.”

Soon, another man shuffles into the frame, clearly holding a knife, and passes from view in the direction of the others. As they head off, play resumes, and organizer Bryan Morton struggles to offer some wrap-up to what has just been seen.

“They probably went back there to get high together, had a dispute, and ended up fighting, stabbing each other within 50 feet of kids playing baseball,” Morton says. “This says two things about these kids. One, they’re resilient because they’re back to baseball, but two, some part of that is numb.

“We’re going to try to use baseball to un-numb that.”

That was Day One of filming in the Most Dangerous City in America, and for Ercolani, it was a rapid acclimation to the pace of life there.

“Bryan told me, ‘If this had happened in your community, all these kids would have counseling for the next three months,’” Ercolani said. “‘There would be police here instantly. This whole area would be blocked off for weeks.’”

Instead, the kids just shake it off, somehow—only they don’t, really—and try to forget that they know addicts shoot up in their batter’s boxes, that gang-bangers have rolled through their grassless infield, right during practice, spinning donuts on their pocket bikes. Maybe they visually pick through the playing area for future places of refuge during the next interruption in play.

Ercolani knows he’s not the first documentarian to try to tackle the problems of the city. Early on, Morton begged him, “Don’t Brian Williams me,” a reference to the loop of woe-is-Camden stories that national TV networks have routinely produced over the years.

“They come through and use a bunch of montages of abandoned houses and little kids playing, and have some sad track over it,” Ercolani said. “It’s not that informative. They come back a few years and do the same thing.”

Most of those mini-docs will focus on one issue exclusively, like prison, drug culture, or the trauma of poverty, but nobody had really approached “how interconnected all these things were,” and “baseball seemed like a pretty easy way to do that,” he said. Almost all the North Camden Little League coaches are ex-cons, and the league helps them “reintegrate themselves…while helping kids on the streets not make the same mistakes,” Ercolani said.

Coaches like Morton and Angel Ramos lean on their street cred to buy safe passage for their players through some of the most intensely trafficked streets in the city’s drug trade. When Morton asks for a reprieve from gunplay during certain hours, the corner boys often oblige because they know he “was a street soldier like them,” Ercolani said; one who did eight years of a 20-year sentence for armed robbery.

The reality of being not-too-far-removed from that life underscores the mask that those same kids wear when they’re off the field. It’s necessary just to stay safe in their own neighborhoods. Psychiatrist Sandra Bloom adds a researcher’s voice to Pyne Poynt, discussing the physiological impact of growing up in places where violence, bloodshed, or abuse are normal.

“Although the public understands [post-traumatic stress disorder] as being related to combat, the real enormity of PTSD is in the civilian population,” Bloom says.

“When you’re stressed, your body is pouring out very strong chemicals—adrenaline, cortisol, beta endorphins, which are like opiates—and they’re all designed to help us survive in our original evolutionary environment, when we were all surrounded by predators who wanted to eat us,” she says.

“We’re not designed to have the fight-or-flight response activated constantly,” she continues. “When a kid grows up on the streets of Camden who’s in danger a lot, what’s happening to his brain and his body? The chemicals that are being released are altering the way his brain is being put together at a cellular level.

“If we look at poverty as injuring children’s brains, what’s our social responsibility about that?” Bloom asks. 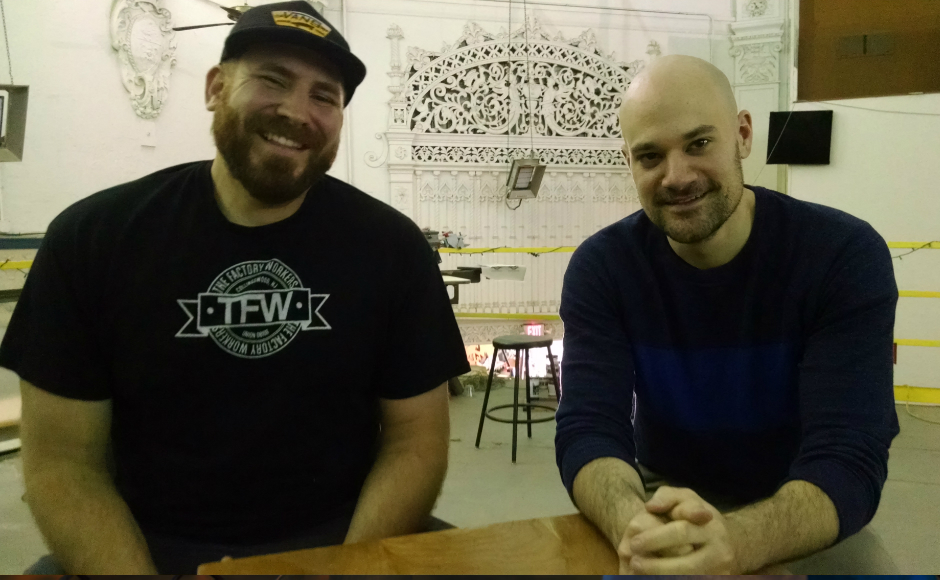 “If you see some of these kids on the field on the street they’re walking with a certain swagger; they’ve got a hard look on their faces,” Ercolani said.

“You put them on the field again, and they look like kids again,” he said. “A couple hours later, they may be hanging out in the street, and they might look hard as hell out there because that’s what their environment has taught them. Baseball is a way to crack that.”

Throughout Pyne Poynt, Ercolani tries to communicate the impact of that trauma on perceptions about the struggles of Camden residents in general, so that “if someone’s behaving in a certain way,” outside observers can understand why.

“It’s about turning people’s perceptions about what they perceive as a public safety issue into a public health issue,” he said. “It’s not about crime. It’s not about a behavioral failing. They’ve experience prolonged community violence. That does something to your brain, to your body, that makes it hard to learn; to exist in a way that people who grew up in a safe environment haven’t had to do.”

In one scene of the film, Morton boasts to Camden City Council that his league has three points of contact for each of its 600 players (and hammers it home by comparing those 1,800 parents, coaches, and volunteers with the 2,300-voter turnout for the last local election).

Those unpaid, volunteer coaches are the ones the players call when they’re upset, stuck, or worried. Those coaches are bridging certain gaps in the community in ways that police or social workers or other organizations haven’t always been able to. And those coaches are the ones who helped fund the league out of their own pockets until a $4.5 million grant from Coopers Ferry and Camden County came through to renovate the field.

“Bryan Morton is the one who went out and made those things happen,” Ercolani said. “He’s one of the most politically brilliant people I’ve ever met. I don’t know that he could have done it without baseball.

“It’s a cheap and efficient way to get people together,” he said. “If you take a diamond and turn it on its axis, you get a public square. That’s what the baseball diamond really is.”

Ercolani and Morton will be on hand June 2 at 7 p.m. when Pyne Point is screened at The Factory in Collingswood. A limited number of seats ($12 in advance, $15 at the door) are available for the film and subsequent Q&A. All proceeds go to helping the filmmakers find distribution for the project.