U.S. Senator Cory Booker and U.S. Congressman Donald Norcross chatted with Jack and Judith Young of Moorestown and Melinda Kane of Cherry Hill about the needs of veterans and their families.

Jeffrey Young wanted to be a Marine all his life, his mother Judith recalls.

“There was no doubt about it,” she said. “He was kind of a little bit of a daredevil. He was a gymnast, so he was pretty agile. He was in reconnaissance.”

Jeffrey Young was stationed in Beirut, Lebanon in 1983, when his barracks was bombed by the Islamic Jihad Organization, and he and 240 other U.S. military personnel were killed. His father, Jack Young, remembered getting a phone call from Judith’s uncle, who said he saw Jeff’s picture in an ABC News bulletin during Monday Night Football.

“On Wednesday, they came and notified us he was missing,” Jack Young said. “Saturday, they told us he was dead.”

Judith Young says the family doesn’t have any regrets about their son’s choice to serve, but in the technological landscape of 1983, military families were far less connected to their loved ones than they are today. The Youngs started meeting with other local families of missing and fallen soldiers as a sort of group therapy. A letter to Pauline Philips’ “Dear Abby” column inviting those who’d suffered similar losses to connect produced hundreds of others. Thirty years later, the Youngs still have correspondence from those families.

Judith Young eventually became president of the American Gold Star Mothers Club, a Veterans Service Organization dedicated to the families of fallen soldiers. Last year, she won approval for a national monument in Arlington National Cemetery, and continues to work to fundraise for the memorial today. But what she and her fellow Gold Star members want just as much is improved access to services and support for veterans, their families, and those left behind by the violence of war. 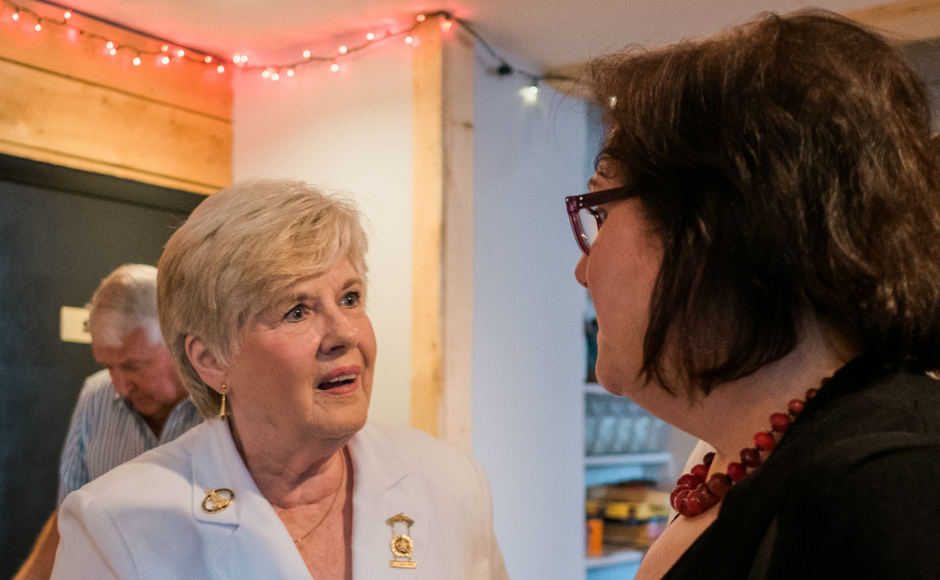 “My biggest concern is [the military] using national guard guys the way they’re using them,” Jack Young said. “Our son was single. Most of the [guardsmen and women] are married with families.”

Cherry Hill resident Melinda Kane gave birth to her son, Jeremy, on a U.S. Army base in Louisiana.

“He saw his dad go to work every day as a physician, and always had this dream to join the military,” Melinda Kane said. “It frightened his dad and me because it was the height of the war in Afghanistan.”

Jeremy Kane enlisted in the U.S. Marine Corps in his freshman year of college; his mother said it took him three weeks to tell her, because she had lost her husband to stomach cancer not long before Jeremy made his decision. Melinda Kane marveled at her son’s courage, knowing that enlistment “delayed his education [and] frightened his mother and brothers;” nonetheless, “he was determined to carry on,” she said.

USMC Lance-Corporal Jeremy Kane was deployed to Afghanistan in the fall of 2009. On January 23, 2010, Melinda Kane got a knock at the door. She told her youngest son to ignore it, “because in my mind, I’d convinced myself that [Jeremy] was okay. 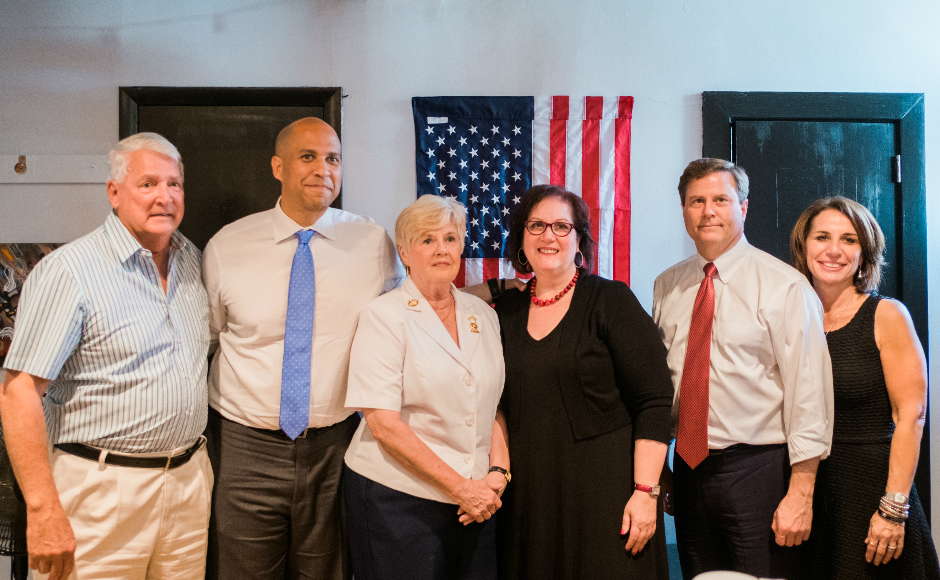 “And there were three men standing there to tell me he was not okay,” she said. “I can’t even describe the feelings of that time. Hearing that knock. Even someone saying ‘a knock on the door’ brings that feeling right back.”

Jeremy Kane was killed preventing a suicide bomber from entering the place where the men in his unit were eating, Melinda Kane said. The bomb that killed her son also claimed the lives of two other servicemen and two Afghani children who were playing nearby.

“I know there are men alive today because of my son’s bravery,” she said; “men who have gone on to graduate college and have children because of his actions. I am incredibly proud to be his mother, but incredibly sad.”

Five years ago, Melinda Kane was invited to attend the Democratic National Convention in Charlotte as a guest of delegates from New Jersey. As an elected official took the opportunity to tout the support that New Jersey provides to “families of the fallen,” Melinda Kane said she felt the eyes of the group turn to her. When they asked, “What are we doing?” she said she didn’t know.

“I felt very used,” Melinda Kane said. “It’s great talking points, but I couldn’t come up with anything.”

On Friday, Kane and the Youngs met with U.S. Senator Cory Booker (D-NJ) and New Jersey Congressman Donald Norcross (D-NJ) for a conversation in Collingswood. Booker and Norcross were touring South Jersey for the day, meeting with constituents ahead of the June 7 Democratic primary election, and speaking with military families on the occasion of the Memorial Day weekend. They were joined by New Jersey Assemblywoman Pamela Lampitt (NJ-06), who spoke about ways the state can direct its resources to support veterans and their families. 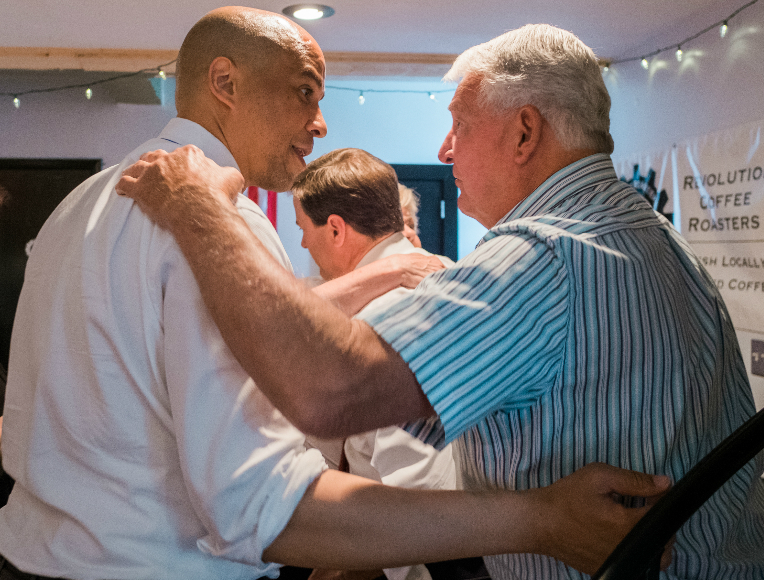 “Building memory, building awareness, is something we can do, we should do,” Lampitt said. She spoke about adding education on the identities of fallen soldiers into local school curriculum.

“There is a lot more we can do in terms of resources and knowing that there is somebody to turn to” for families like the Youngs and the Kanes, she added.

Jack Young said he’d like to see some sort of halfway-house-type program established to help military veterans re-acclimate to life stateside, instead of merely releasing combat veterans into civilian life. He suggested repurposing military bases for this use, and wondered whether fellow veterans could be made available to provide group therapy and support for a transitional period.

Melinda Kane said she’d like more access to a range of services, from education to employment to healthcare and behavioral health. She spoke of having to travel to Pennsylvania for counseling services after her son’s death because the centers in New Jersey would only accept her as a client if she paid out-of-pocket.

“The death of a child has an enormous impact on a family’s life, whether it be emotional or financial,” Melinda Kane said. 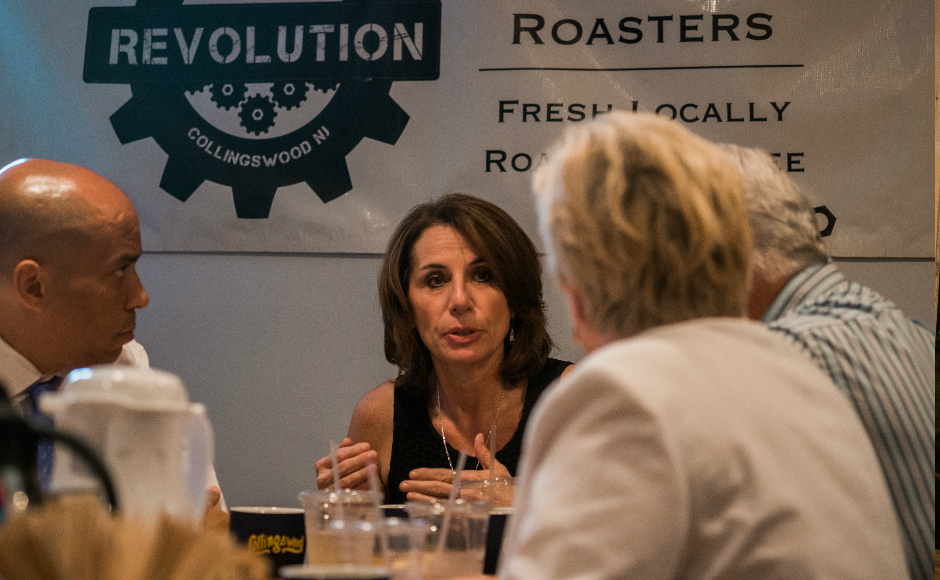 Booker spoke about having faced the impact of veterans’ needs, from housing to suicide prevention, as the mayor of Newark, a city that welcomes home a large number of returning military personnel.

“This should be a reminder, when you make a decision to go to war, what the true costs are,” Booker said. “The last war in Iraq costs hundreds of billions of dollars, and more importantly than that, American lives.”

When asked his opinion on the purpose of waging foreign wars in a country that has significant domestic needs, from income inequality to aging infrastructure to education, Booker said citizens who want to influence policy should exercise their collective voices.

“We all can be speaking up,” he said. “We all are the conscience of this country. We can touch and influence our circles like never before.

“I hope we take advantage of the power we have to amplify our voices,” Booker said. “Silence is unforgivable against injustice.”

“We don’t want to fight a war anywhere,” said Norcross, who sits on the U.S. House of Representatives Armed Services Committee. “That is the tool of last resort. But we see what happens when some of these threats go unchecked. 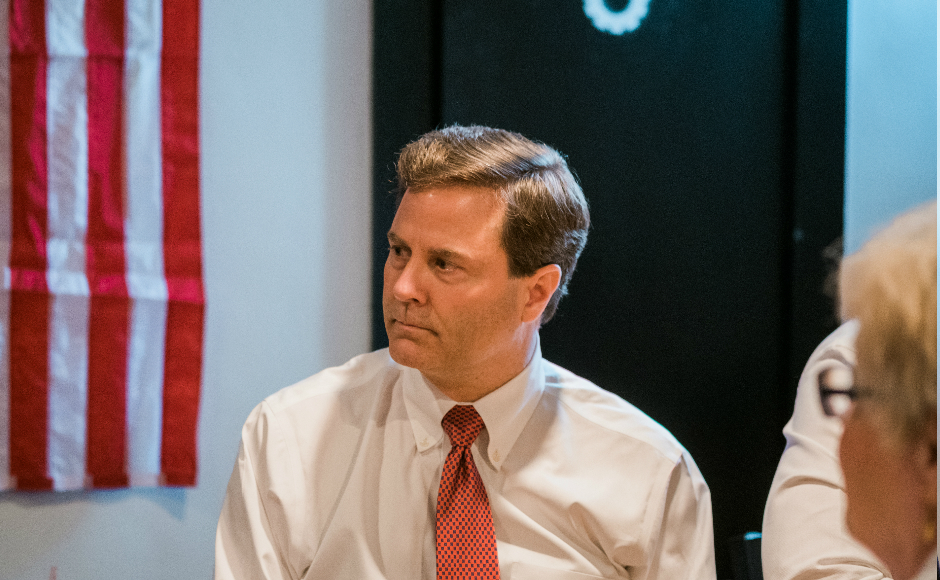 “In many ways, it is even more difficult, showing more courage, to work for peace,” he said. “That’s a matter of bringing together those divisions of our country versus others, and trying to compromise our ideas so we don’t have to go to war.”

For families who haven’t suffered a military loss, it can be confusing to know how best to be a sympathetic supporter on Memorial Day.

Norcross recommended “just having a conversation,” with a veteran or the family of one, and “be[ing] a compassionate ear.

“More importantly is to take what they’ve experienced and try to fix it so the next Gold Star family doesn’t have to experience some of these issues,” he said.