Trending
You are at:Home»Business»Oaklyn Finds its Common Grounds

Ten years after purchasing the former tailor shop, Mayor Robert Forbes and his wife Debbie opened the doors on their coffee house. 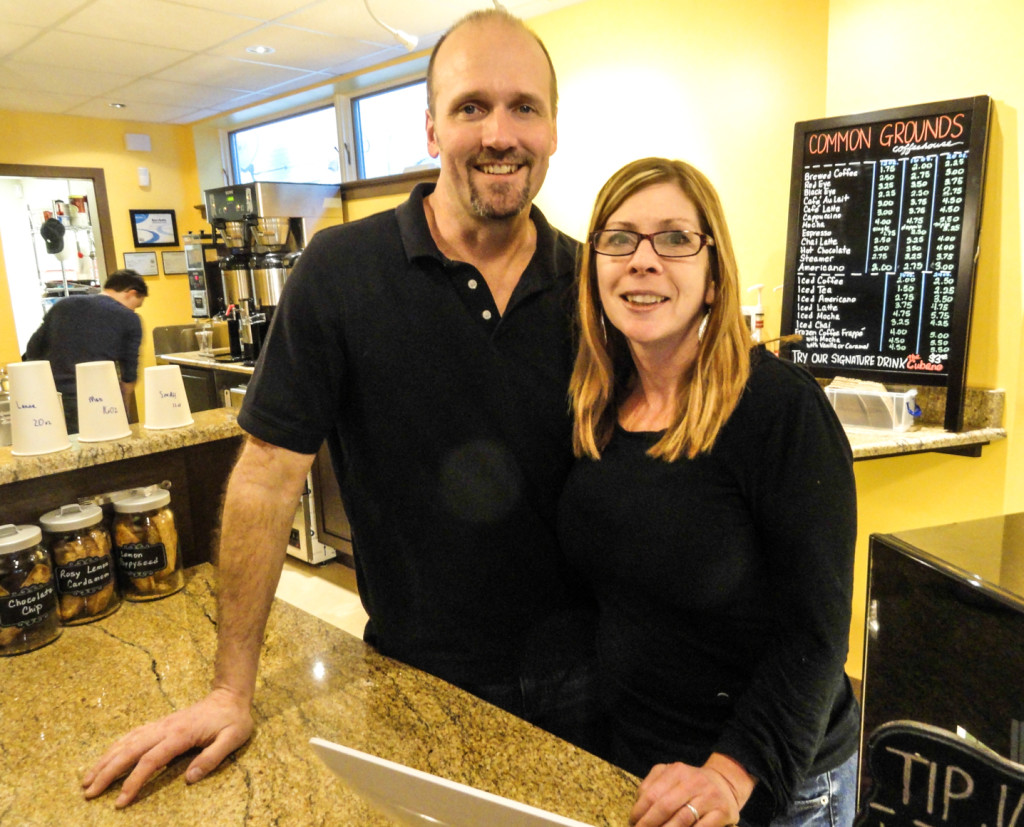 It was just supposed to be a soft opening, said Robert Forbes, but once the word got out, it felt like the entire borough came calling all at once.

Whether to gawk, lounge, or wish the Oaklyn mayor and his wife luck on their new venture—a coffee shop called Common Grounds—the storefront was slammed from 6 a.m. to 6 p.m. Wednesday.

“We did not expect the attendance that we’ve had today, but we’re very pleased.”

Of course, considering that the project had been nearly a decade in the making, the fuss is somewhat understandable.

In converting the commercial-residential property from its prior use as a tailoring business, the couple had to completely gut the interior over the course of several years.

Robert Forbes said that the effort, which began as a fun change of pace from his work in biotech architecture, became labor- and investment-intensive in a hurry, requiring new flooring, steel beams, columns, lighting, and more. He credited local contractors at Wittmaier Plumbing and Advanced Electrical, Inc. with helping speed the process. 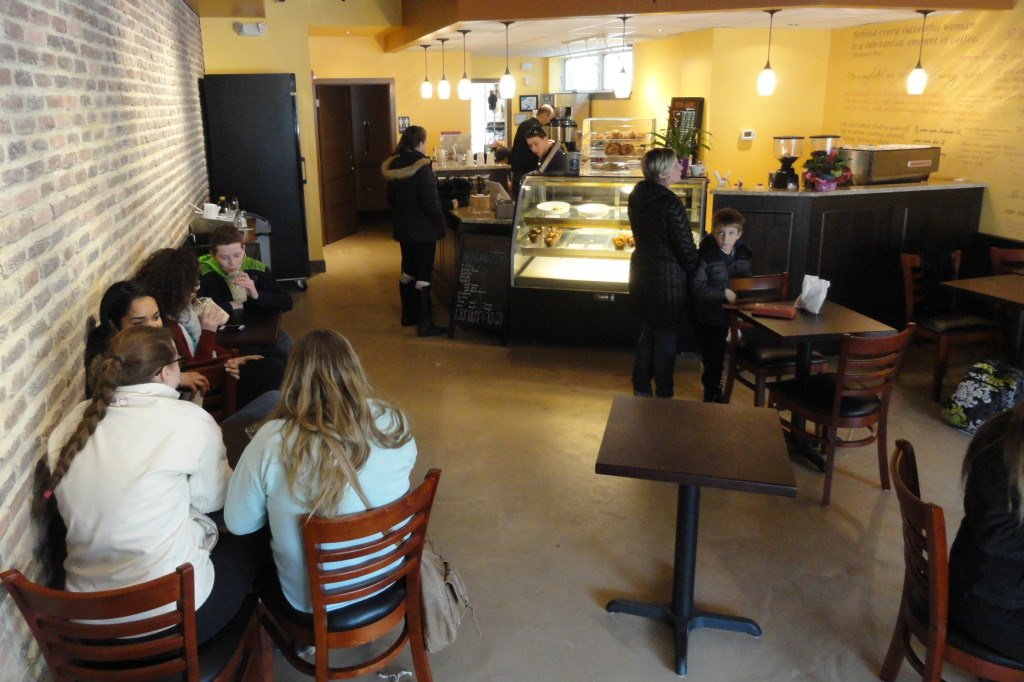 A fall 2014 opening was postponed by family demands and the closure of the Oaklyn public pool, “and then we got the first bill from Drexel University for my son, and we said, ‘We’ve got to get this done!’” he joked.

The care and consideration of those years is evident in the design of the space at 205 W. Clinton Avenue.

Its interior exposed brick façade is offset by a wall of inspirational quotes that features food for thought from minds as varied as Mahatma Gandhi, Mark Knopfler, and Dr. Seuss.

The kitchen at Common Grounds is Debbie’s domain, and within it she whips up homemade stratas, quiches, muffins, soups, and sandwiches that comprise the menu. (“My grandmother was the cook at the [Oaklyn] Manor many moons ago,” she said). 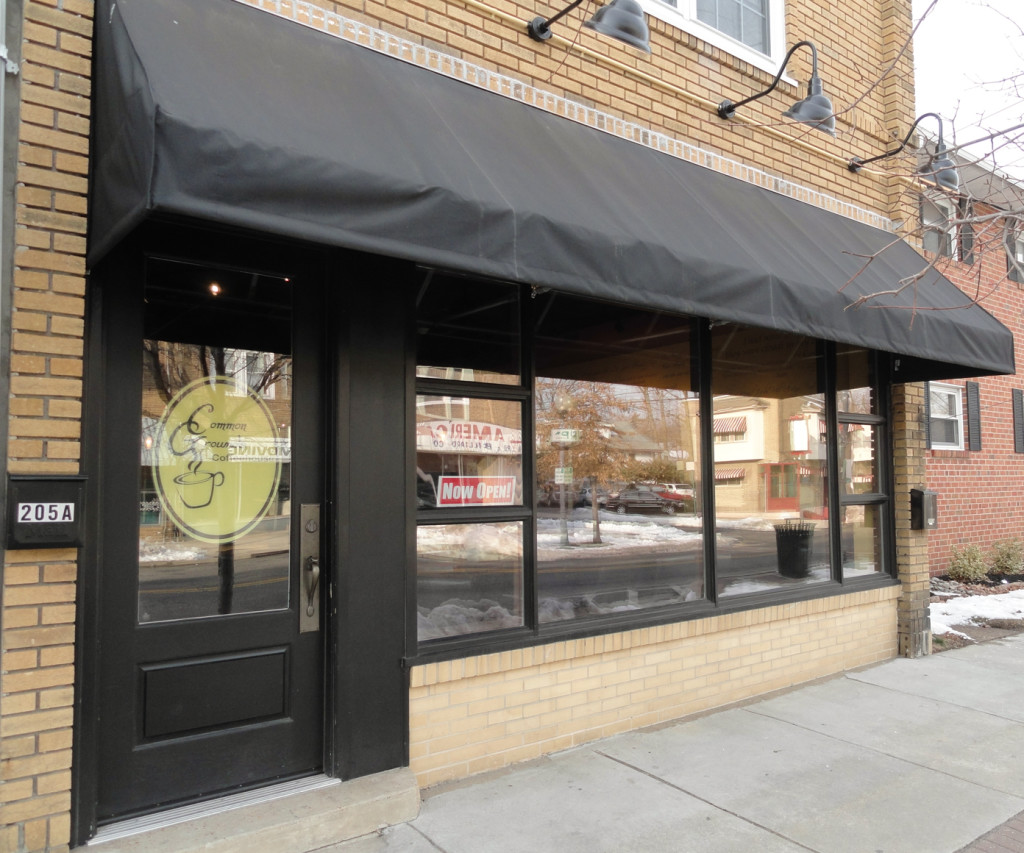 The beans are from central Jersey roaster Coffee Bean Direct, and a trio of ex-Starbucks staffers—Kelly Ann, Allen, and Dakota—work the La Marzocco machine behind the counter.

The Forbeses themselves also took barista training at Counter Culture Coffee in New York City, although Robert swears he’s just on hand to wash the dishes.

“We don’t aspire to be. [We’re] a mom-and-pop kind of shop that serves the community.”

And in service to the community, the couple is hopeful that installing a coffee shop at a corner property in its downtown can help to revitalize the tiny business district.

Redevelopment is coming to Oaklyn, first on the White Horse Pike, and then maybe farther up the block, and Robert Forbes believes that Common Grounds can aid the process. 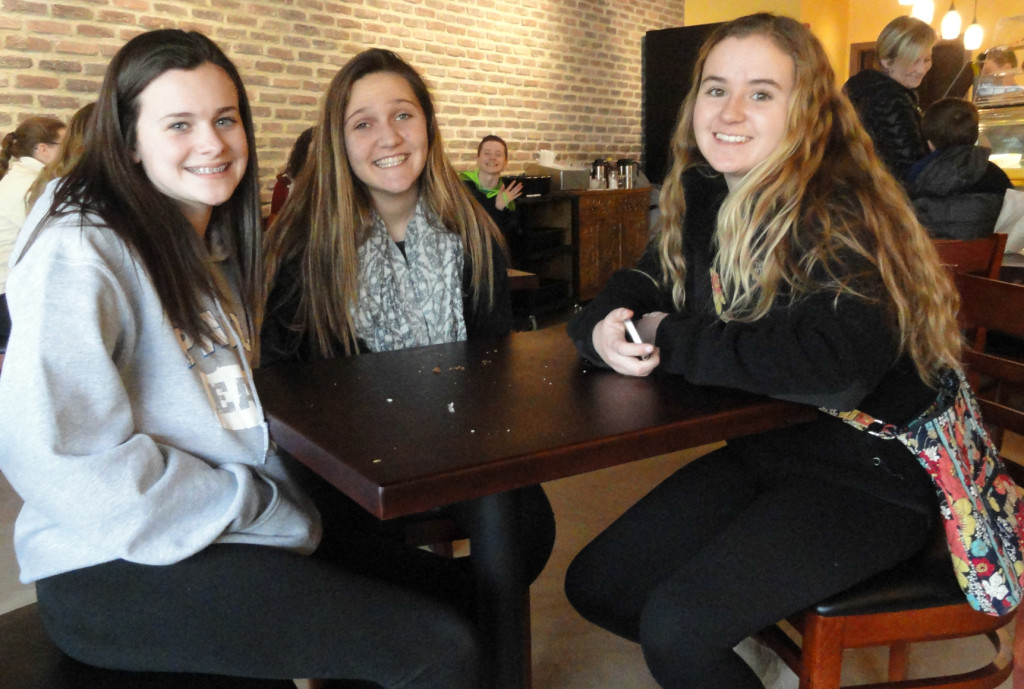 Some of the first guests at Common Grounds. Credit: Matt Skoufalos.

“The biggest draw for us to put the business here is when [Ovations] dance studio came to town,” Robert Forbes said. “They were looking for something to help give their parents something to do for the hour their kids are in class.

“We’d like to use this as a catalyst to see what we can do with the downtown area,” he said; “a cool place to hang out and talk about [the]community, and something that you feel comfortable with.”

If it takes a little while to get there, Debbie Forbes said, the experience of opening the shop has taught them nothing if not patience.

“Everything at the right time,” she said. “You can’t push it. It will happen when it’s ready.”