The occupant of a home in the 200 block of Barlow Avenue was treated at the scene for minor injuries, and then transported to Jefferson Hospital as a precaution. 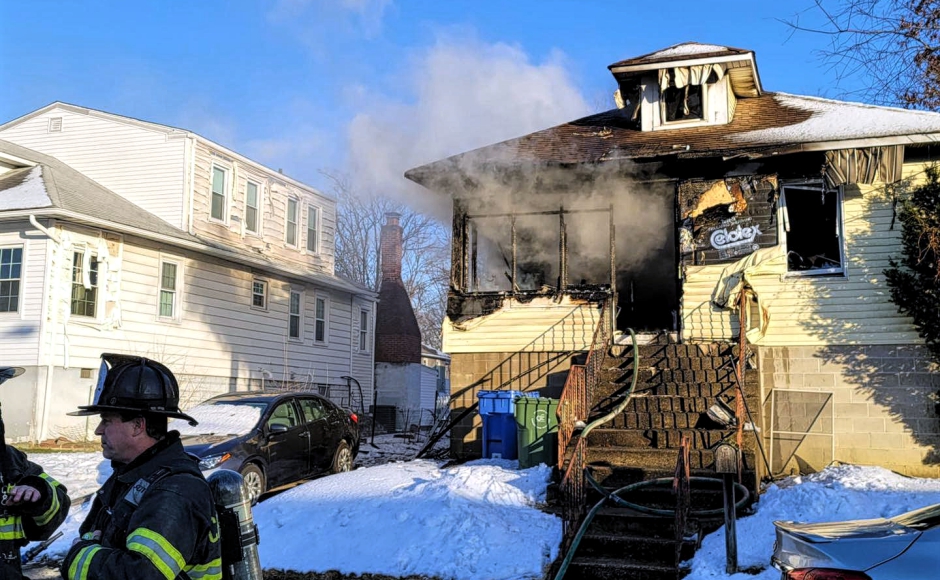 One Cherry Hill resident was hurt Monday afternoon in a fire that destroyed a single-family home in the 200 block of Barlow Avenue.

When they arrived, firefighters discovered heavy flames showing inside the first floor of the house from the front to the rear, Callan said. It took firefighters about 45 minutes to bring it under control.

A 71-year-old man was treated for minor injuries at the scene, and then transported to Jefferson Health System in Cherry Hill as a precautionary measure. He was the only person in the home at the time of the fire.

Companies from Lawnside, Mount Laurel, Pennsauken, and Westmont assisted on the job, with units from Bellmawr, Haddon Heights, and Haddonfield providing coverage throughout the area while the firefighters were engaged.

No information is yet available as to the causes of the fire, and the amount of damage the home sustained will add to the length of the investigation, Callan said.

The chief urged residents to test the smoke detectors in their homes, and said that firefighters will canvass the neighborhood in the next few days to offer smoke detectors to those who may need them.