Companies from nearly a dozen different communities rallied to subdue the flames over an hour Tuesday night. No injuries were reported. 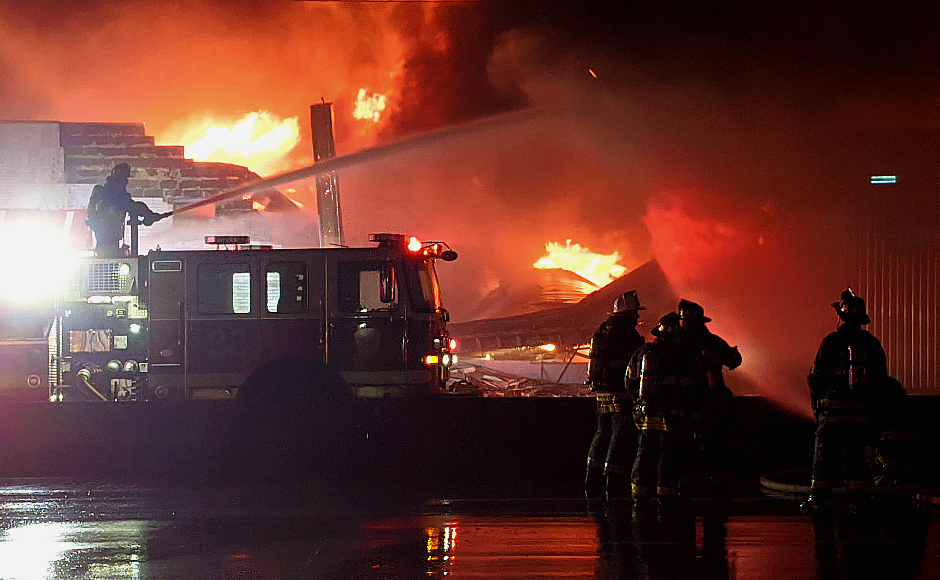 It was easily the worst fire in the township in at least two years, said Pennsauken Fire Chief Joseph Palumbo, Sr. of the massive warehouse fire that claimed several automotive businesses Tuesday evening.

The call came in shortly after 10:30 p.m. for a building fire in the 6600 block of South Crescent Boulevard, and was rapidly upgraded thereafter with flames showing through the roof upon arrival of the first responders.

In short order, the massive property, which is home to four automotive businesses—On the Spot Audio and Tint, U.S. Auto Auction, Prince’s Auto Service, and Auto Outlet—was engulfed in flames.

Fortunately, it was unoccupied when the fire was reported.

Firefighters girded up against billowing plumes of smoke, stretching water lines up the highway, while police blocked traffic and taped off roadways to keep onlookers at a distance.

From several stories up, ladder trucks at all four corners of the property streamed gallons of water on the flames, and rollicking, black clouds roared up wherever the spray found them.

Spiraling winds scattered embers across six lanes of Route 130, and onlookers on both sides of the highway threw a hand over their faces, if not their phone cameras, as the soot found them. 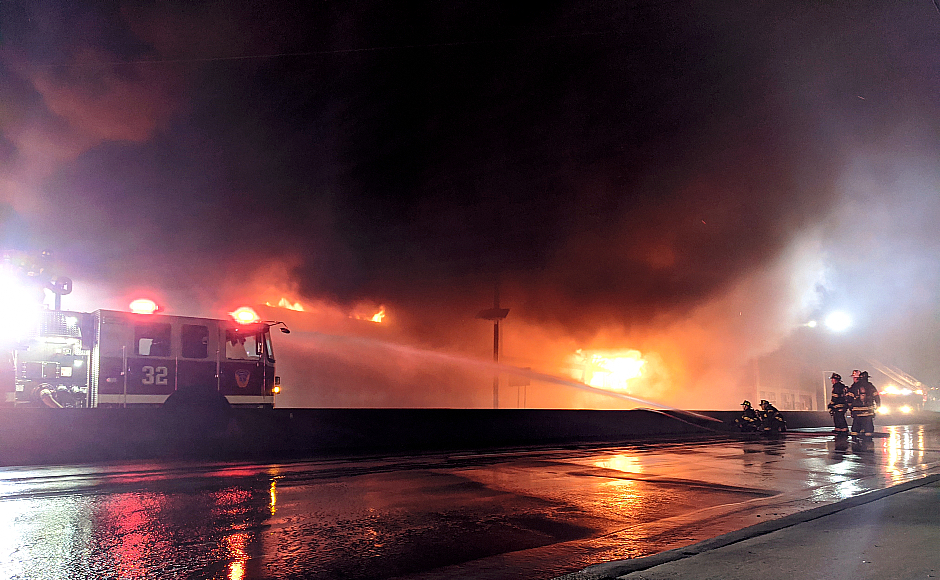 Flames crackled, punctuated by the occasional explosion from within the conflagration, which Palumbo, Sr. reasoned to be pressurized vessels—tires, gas tanks, glass containers—and the occasional structure failure.

It took nearly a dozen fire companies more than an hour to bring the scene under control.

No injuries were reported. Stick with NJ Pen for updates.