DeMarco, a South Jersey native who’s cut their teeth in kitchens across Philadelphia, will serve burgers, dogs, chicken patties, and their plant-based alternatives in a Merchant Street storefront. 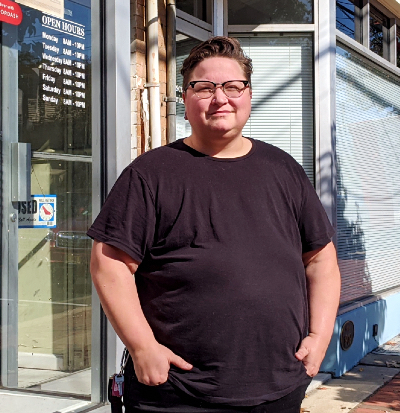 Ask a chef to name their culinary polestar, and many names will be quick to their lips.

But to Chef Dane DeMarco, who’s appeared on both Diners, Drive-Ins, and Dives and Guy’s Grocery Games, Fieri is the style icon with whom they most identify.

“My kitsch as a chef is I do fun, crazy spins on things,” DeMarco said.

“I’m a crazy person who does beef tartare on a grilled cheese; ants on a log with chicken-liver mousse,” they said. “Classy-trashy.”

Like the mayor of Flavor Town himself, DeMarco has been on a quest of their own: to find a South Jersey storefront in which to open their quick-serve hamburger grill. When the closing of El Pueblito Fruit Market opened up the kitchen at 123 West Merchant Street in Audubon, the borough resident saw their opening.

The December, DeMarco plans to reinvent the former Mexican restaurant as BurgerTime, a gourmet, fast-casual homage to the classic 1982 arcade game of the same name. When they debuted the concept as a pop-up last winter, diners in Philadelphia took note; now DeMarco believes it’s ready to roll on its own.

“I had so much fun coming up with these quirky concoction burgers that I said, ‘let me put this in my pocket; this could be something one day,” they said.

To accommodate a variety of appetites, every dish at BurgerTime can be prepared as a hamburger, hot dog, chicken sandwich, or plant-based versions of all three. Vegan alternatives of sauces and toppings will also be available. Burgers are four-ounce patties, and DeMarco will add as many to a dish as the customer requests.

“I like to call it puttin’ fun between the bun, because it’s essentially a free-for-all,” they said. DeMarco also promises to deliver a gourmet tater tot menu as well as soft serve; they’re trying to get their hands on dairy-free ice cream as well.

“My wife and I consider ourselves ice cream enthusiasts,” DeMarco said.

“Milkshakes are the plan, but we’re going to see how far that goes.”

If the BurgerTime video game served as DeMarco’s conceptual influence, they point to the adult comedy Bob’s Burgers as the inspiration for the shop decor.

Expect vibrant colors like purple and teal inside and out, with BurgerTime foils like Mr. Pickle and Mr. Egg represented in the imagery.

“Think bright colors, fun graphics, mirrors on the wall,” DeMarco said. “I want it to be a place where parents want to go to, and a place where it’s fun for kids too. We’re going to build out the countertop and seating; we want to see about getting a bike rack out front.”

For DeMarco, setting up shop in Audubon isn’t just bringing their talents home with them, it’s also settling into an area where they’ll be supported by family. DeMarco’s sister, Danette Monoyios of Haddon Township, will be their partner on the venture, and mom Eileen lives up the street in Oaklyn. DeMarco grew up in Willingboro and attended Camden Catholic for high school.

DeMarco started out answering phones, worked their way up to line cook, and built a resume that includes Philadelphia destinations like American Sardine Bar, South Philly Taproom, and Sonny’s Cocktail Joint on South Street. They plan to leverage that extensive kitchen experience into creating a burger joint that would be the pride of a neighborhood bar. 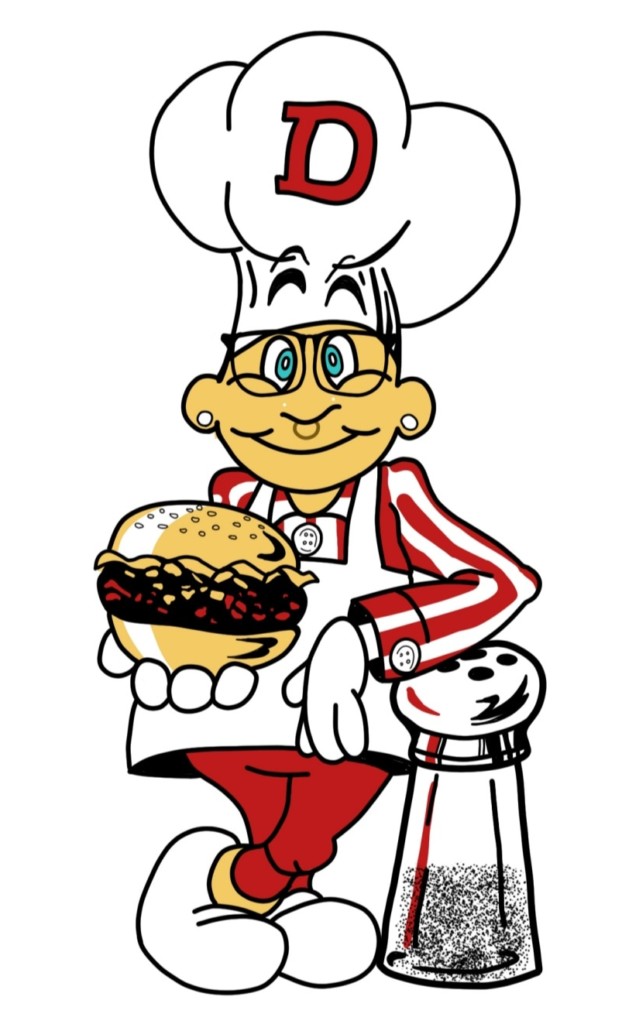 “One of our biggest hopes out of this is to get more involved in Audubon,” DeMarco said.

“I want to bring some livelihood to the block; to add to Lesbiveggies and Brown Dog, and bring some business that gets people excited for foot traffic and fun events.”

DeMarco also believes more chefs who get their starts in Philadelphia are looking to follow a similar game plan, staking a claim in the Jersey suburbs, where audiences are appreciative of finding city-quality cooking around the corner from their homes.

“All of these Philly chefs have moved over here,” they said.

“There’s going to be an influx of Philly chefs opening small, quick-service spots.

“I think it’s going to be something in the next few years,” DeMarco said.

“There’s no reason to have to go into the city anymore.”

BurgerTime is slated for a December 2021 opening at 123 West Merchant Street in Audubon.