As the Audubon microbrewery approaches its third year of operation, cofounders Chris Bauman and Erik Hage add the expertise of Nic Martino of Oaklyn with an eye to increasing production and expanding their tap list. 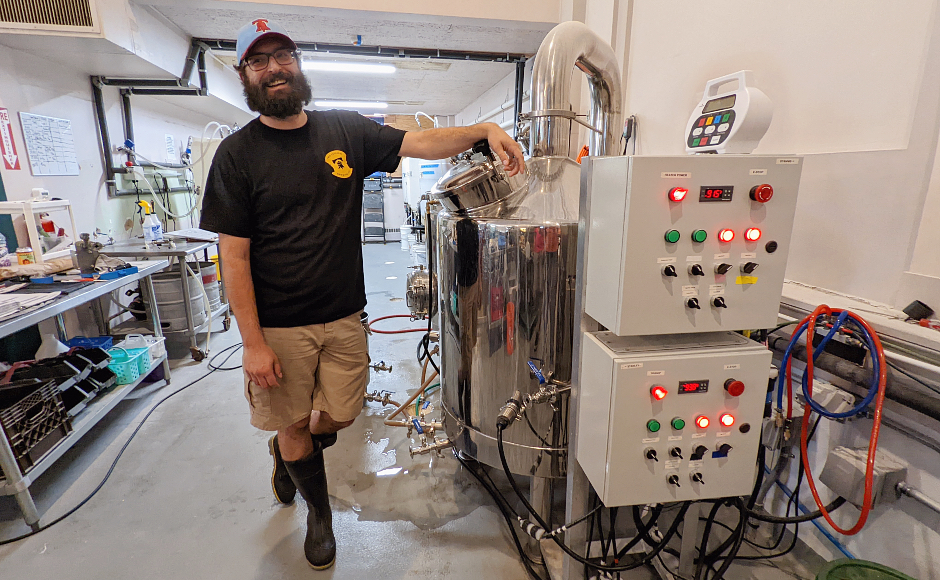 And then, less than three months after getting started, the novel coronavirus (COVID-19) pandemic hit, which hamstrung the fledgling operation even further.

The brewery had started to find its stride in the past half-year, but then Picone moved on from the business, forcing Hage and Baumen to reorganize their operations and identify a new head brewer.

That search concluded last week with the hire of Nic Martino, a brewing industry journeyman with a lengthy resume of food and beverage experience.

Martino began as an assistant brewer at Tired Hands of Ardmore, Pennsylvania, worked in packaging at Yards in Philadelphia, helped launch Chimney Rustic Ales in Hammonton, and had been the head brewer at Atco Brewing Company before that business dissolved.

Most recently, he was brewing part time at Death of the Fox in Clarksboro while seeking the next right-fit opportunity.

“My biggest concern at that point was who are the people I’m going to be working with,” Martino said. “A lot of stuff has gone on in this industry in the last few years, and people found out what the working conditions could be.

“I didn’t want [to work with] people whom I couldn’t cosign what they were doing with their staff. I wanted to make sure this was a place where I wanted to stick around for a while.”

In his first meeting with Bauman and Hage, Martino said the three felt ethically and professionally aligned, as well as sharing a clear vision for the future of the brewery. They eventually struck a deal to bring Martino on as a full-time head brewer, with opportunities to grow into a partnership role in the future. 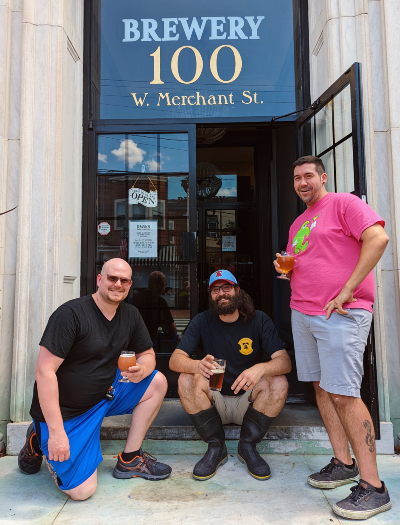 “I’m excited to get new opinions, new views on how we’re doing things, especially someone with the experience that Nic has,” Hage said.

“We have similar views toward how beer should be made, on what is a good beer.

“And we like Nic because he’s looking for the kind of position where he can take charge and eventually become an owner of a business.”

Since opening Red White and Brew, both he and Hage have split time there with their engineering careers.

Picone’s departure left them short another brewer, and the business has struggled to fill his absence.

“We’ve just maintained for two years, but we didn’t have a ton of time to focus on how to keep getting better,” Bauman said.

While working to improve the process and product at Red White and Brew, Martino also will be relied upon to boost output at the brewery, both in terms of larger batches and brewing more frequently. His presence also will free up Bauman and Hage to focus on growing the business.

“Having a full-time person will enable us to do more in the industry,” Hage said. “We’ll have the volume to do some distribution. We don’t have our beer in bars and restaurants and liquor stores, so getting our beer out to those channels will help a lot.”

Martino said he’s interested in helping Red White and Brew expand its tap list without redefining the brand. Core beers on offer will maintain “a more traditional American and European profile,” but he’s also interested in stretching out into different recipes.

“Whether that means barrel-aging, fermentation, getting around to more traditional styles, doing cool things with local fruit, or partnering with local restaurants, all of that stuff comes from me being here to brew two to three times a week instead of one,” Martino said. 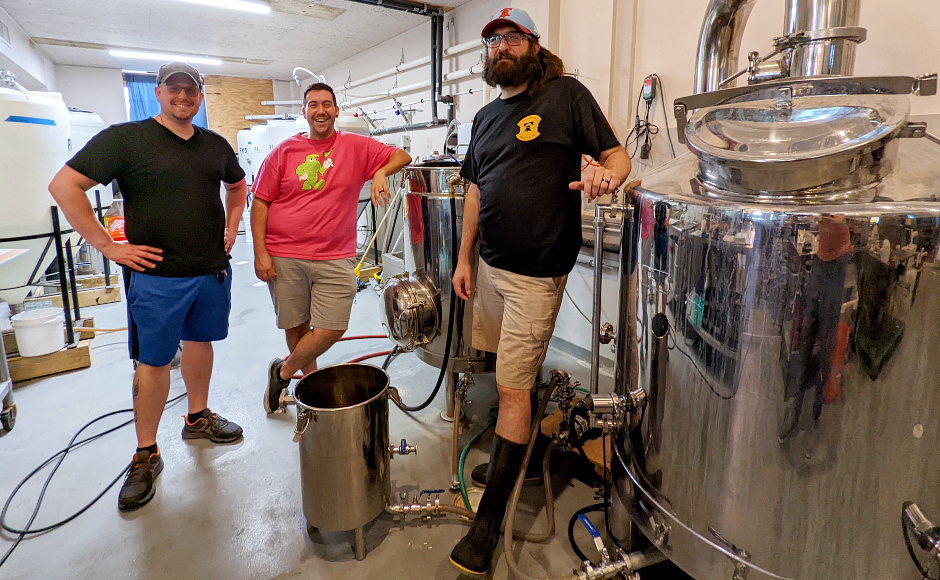 “While we can maintain the one half of the list that is traditional, approachable, and known styles, we can do more across the board with experimentation because we know I’ll be here to keep up on the standards,” he said.

“We’re not looking to change what the personality of the place is, we’re looking to lean into it with an eye towards how we can perfect and advance,” Martino said.

In addition to sharing a vision for the future of the brewery, Martino, an Oaklyn resident, is excited to be working in the community next door; a town that’s home to his friends and family, and a neighborhood to which his professional passions can contribute.

“Being this kind of a brewery with a cool taproom in a block full of really good food, it’s part of bringing people from the surrounding community in, and not just throwing a beer in their faces,” he said.

“Knowing who they are as neighbors and friends on a more personal level is big, because as much as the creativity is important, the community part is really important to me.”