The downtown microbrewery is headed for a 2018 opening as three partners plan to open up shop in the Merchant Street business district. 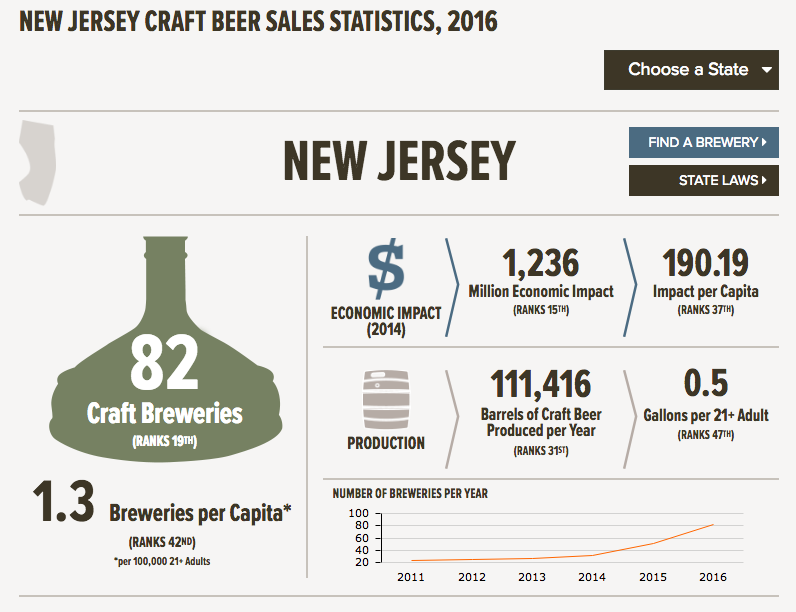 Although New Jersey still lags behind the national average in the microbrewery business, you wouldn’t know it from the boom that’s happening in Camden County.

In the past two years alone, Collingswood, Haddonfield, Merchantville, and Oaklyn have opened the doors to new breweries, with plans for another in Haddon Heights as well.

Now Audubon is getting into the game, as the historic Audubon National Bank building has been leased to a trio of partners who plan to open their startup operation there by the summer of 2018.

Mike Yacovone, who bought the property last August, has spent the months since refurbishing the building at 100 West Merchant Street to get it rental-ready. Yacovone fielded offers of interest from prospective renters looking for office or storage space, but was waiting for a concept that would help revitalize the borough downtown business district.

“I was willing to hold on as long as we could,” Yacovone said. “My intent of this building was, ‘let’s turn this space into something for everybody in the community.’”

When the ink dried on the lease last week, Yacovone was as excited as anyone else, perhaps with the exception of Audubon Mayor John Ward. Since the bank had come on the market, the mayor had approached other local brewers to gauge their interest in the space.

“I went to Tonewood and said, ‘If you don’t want to move out of Oaklyn, maybe you want to expand?’” Ward said, “I talked to Lunacy before they moved to Haddon Heights. [We were] talking to the brewers guild to try to talk to people to get them to come there. We weren’t having success.” 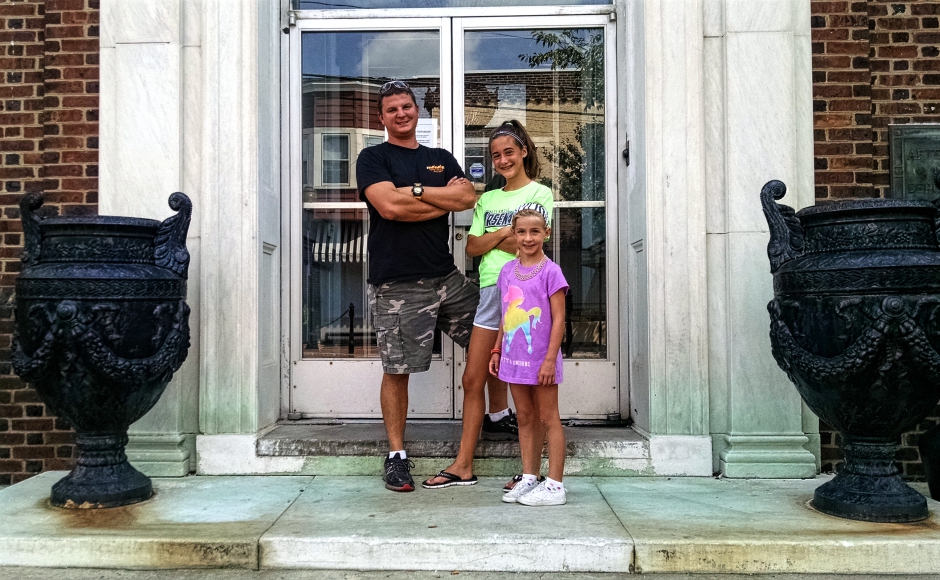 In the spring, Ward rented out the building to use as a campaign headquarters for the 2017 municipal race, with the caveat from Yacovone that he allow prospective tenants to view the space.

One night, he met Mantua resident Chris Bauman, who told him he was looking for a home for his brewery business.

“[Bauman] came and spent some time in Audubon; walked the neighborhood,” Ward said. “He was very enthused on the location that night.”

As they started talking, Ward asked whether Bauman had a name in mind for the business. When he was told, “Red, White, and Brew,” Ward knew it was kismet.

“We’re the most patriotic small town in America,” the mayor said, a distinction writ large in the small town’s big history, which includes three Medal of Honor winners, a Super Bowl MVP quarterback, and the scientific coordinator of the first American expedition to Mount Everest. More important to its present fortunes, however, was the notion that a viable business in a corner property on its central economic corridor would help jumpstart Merchant Street.

“I think the downtown would love it,” Ward said. “All the businesses could then support it. It will bring a lot of foot traffic there.” 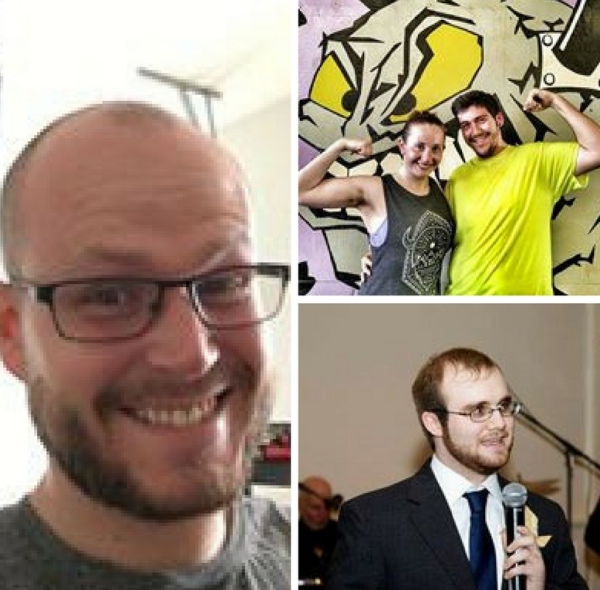 Although he’d long considered finding a brewery for the borough, Ward was reticent to recruit one until seeing how similar communities received other Main Street breweries.

With enough of a paper trail behind the industry, he’s convinced it’s the right move for Audubon.

“The bugs have been worked out,” Ward said.

“The breweries aren’t like local bars; they’re more a tourist destination than anything. I think Merchant Street’s dying for something like that.”

Bauman, a Lacey Township native, said he’d been interested in brewing since he and Erik Hage tried it out in the back of Hage’s family business, the Berkeley Sweet Shop in Seaside Heights.

“We always joked, ‘We’re going to open a brewery one day,’” Bauman said. “It was always a running gag, and then about three years ago, we started talking about it a little more seriously; about how we would do this.

“It started developing into something, how we definitely wanted to do this,” he said. “After signing the lease, it took a day to say, ‘This is actually happening.’ It’s starting to set in now.”

Bauman described himself, Hage, and their third partner, brewer Eric Picone, as “a bunch of nerdy engineers” dedicated not only to the technical process of brewing but the tenets of sustainable business. The trio wants to grow Red White and Brew slowly, and for the long haul.

“We saw this as a space where we can grow,” Bauman said. “We had talked to some people from other towns, and I felt like people were a lot more on the fence or a lot more indifferent. Audubon seemed to be very embracing and open. We felt wanted, and that we could be a part of the community.” 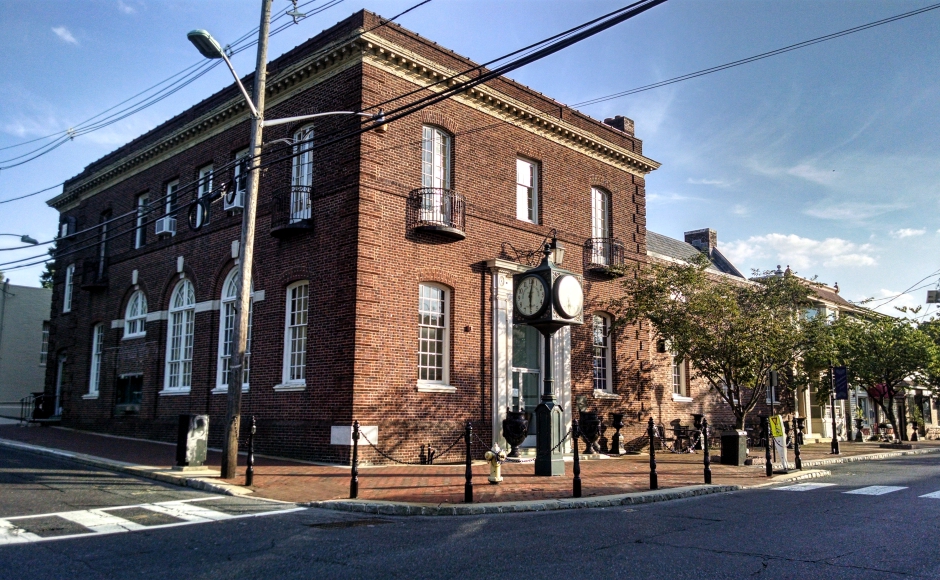 In keeping with that spirit, Bauman said the brewery will retain as much of the original feel of the Audubon National Bank as possible, from details like the woodwork along the walls, and the service counter that once housed tellers.

Even divided in half, the main atrium will feature a 2,500-square-foot tasting room that will fit about 50 people comfortably. Bauman envisions decorating it with Americana and local artwork, in keeping with the patriotic theme.

Red White and Brew will open as a three-barrel nanobrewery to start, with four flagship beers providing its foundation. Bauman envisions the amber Rosie’s Red Ale and Checks and Balances East Coast IPA will be complemented by a cold-brew coffee porter or stout and a Kolsch.

The brewers will supplement those with rotating variations on similar styles as they find their footing in the space and begin self-distributing. Operations will similarly be limited to Thursday through Sunday hours as the business grows. Based on the reception he’s already gotten, Bauman knows he’s found the right home in which to grow it.

“We want to be a small, local business, and that’s what drives America anyway,” he said. “The embrace that we’ve been getting has been super-confirming: people who don’t know us at all welcoming us, congratulating us. This is a town full of people who want this, who are for small business.”