Mary Baldwin of the Collingswood Foundation for the Arts wants the Scottish Rite Auditorium to offer more and different events, the better to forge a deeper connection with the borough community. 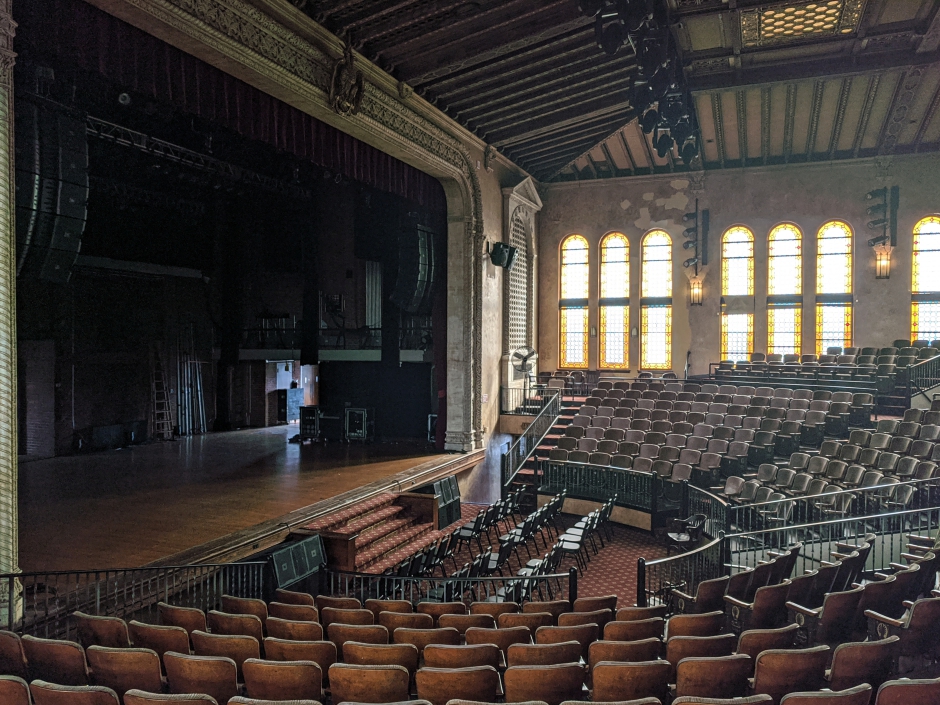 For the last 17 years, the historic Scottish Rite Auditorium has played host to some 20 concerts and four or five community theater productions annually.

Since 2012, the venue estimates it’s welcomed 1 million guests to its eight-acre Collingswood property, and hosted dozens of weddings and special occasions within its grand ballroom.

Now staff at the Rite are looking for creative ways to open up more of the property for different events, and are taking suggestions from throughout the local performing arts community as to how to do it.

“We’re a small staff, but we’re trying to find out what we can do,” said facilities manager Kris Clayton. “We’re also just trying to find alternative ways to use the space.”

Mary Baldwin, who directs the Collingswood Foundation for the Arts, the nonprofit management organization for the Rite, said she’d like the grounds to be available more for local talent when it’s not reserved for a touring act.

“Neighbors applauded when it was lit up for the Gatsby Gala,” Baldwin said. “[We want]  people in Collingswood to feel an ownership in the building.” 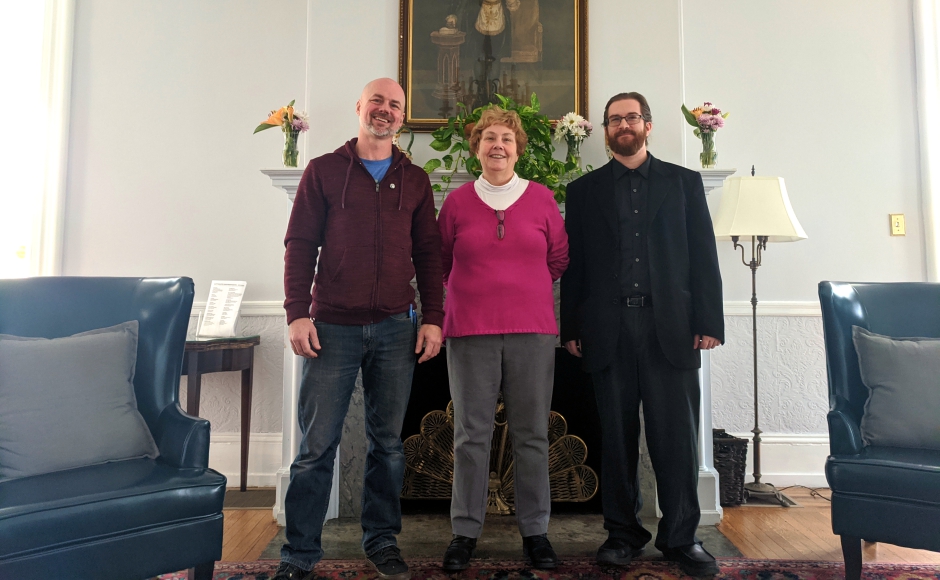 Most people are familiar with the Scottish Rite as a concert or wedding venue, but the expansive property also includes a historic mansion, the nooks and crannies of which are being steadily improved under Baldwin’s eye.

Now she’d like to put the entirety of the building to work—for its own sake.

“I’m not paying bills with an empty building, and I can’t do renovations without some income,” Baldwin said.

“We’re trying to find ways to use the building when we can get it open.”

The George Washington Parlor, for example, is being rebranded as the Music Lounge at the Rite. Outfitted with a cocktail bar, fireplace, and wingback chairs, the stately suite will host monthly concerts in an intimate setting.

There’s seating for 40 to 50 guests, and connections to a patio and pergola that could host outdoor performances in warmer months. A test run with John Torres and ELLA Project showed the promise of the space in late January.

“It was a good kickoff,” Baldwin said.

On Valentine’s Day, both the ballroom and theater are booked, as comedian Joe Matarese performs at 8 p.m., followed by a dance party with deejay Angelo Capoli. It’s the second installment of the Comedy Done Rite series, which Baldwin said will bring monthly opportunities for stand-ups at the venue.

A week later, on February 21, the whole of the building will open up for As-Is Fest, an avant-garde celebration of creative culture pitched by Collingswood sound engineer Jay Mage.

In addition to local bands Retroglyphs, Goodnight Lights, Vital Stats, and Live Grapes, the show will feature live painting set to music, synthesizer performances between acts, and a variety of arts vendors. There will also be art lessons and tabletop gaming sessions in the second-floor lounge. Proceeds from the show will benefit the Collingswood Foundation for the Arts. 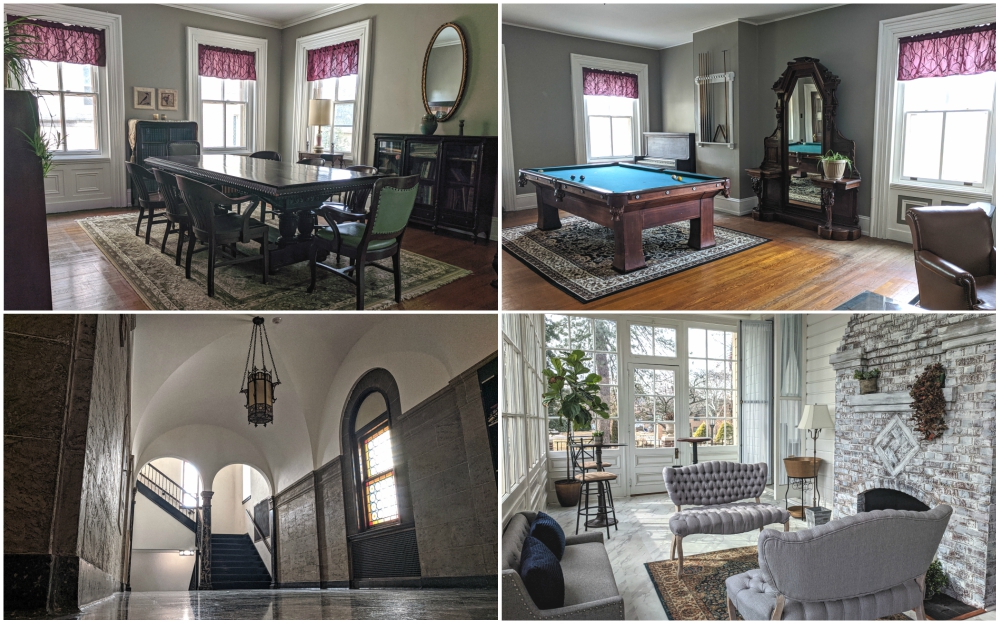 In keeping with Baldwin’s goal of opening up the Rite to new events, As-Is Fest reflects Mage’s attempts to push the boundaries of what its regulars might be familiar with.

“We’re going to put a bunch of bands together who are going to work to put on a better show,” he said. “It might be good to get some different scenes and personality types communicating again.”

Mage, who’s as much a fan as anyone of the tribute acts and working musicians who comprise the majority of the performances at the Scottish Rite, said he believes the venue has tremendous, untapped potential. Whether the community will show up to support a Bohemian carnival, however, remains to be seen. 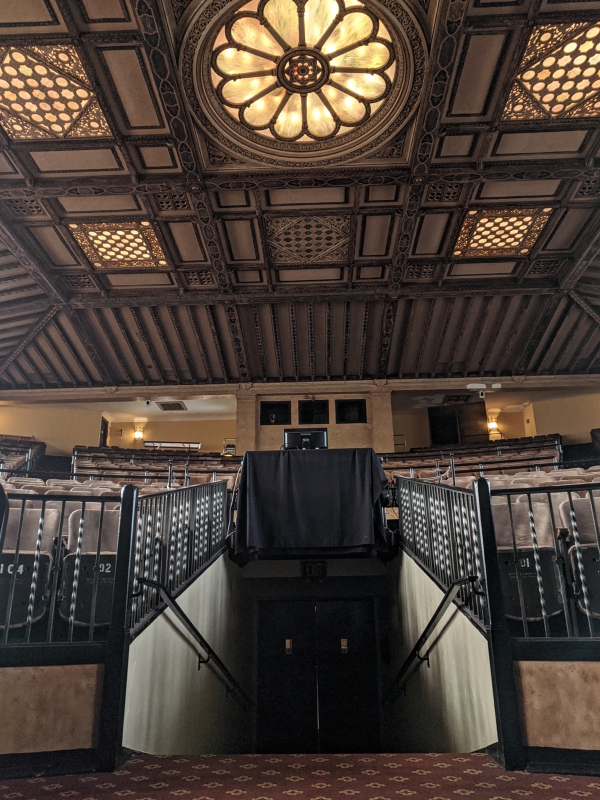 View from the orchestra pit at the Scottish Rite auditorium. Credit: Matt Skoufalos.

“We’re trying to bring the [arts]  community culture to something that’s more accessible,” he said.

The bulk of the events at the Scottish Rite are booked by BRE Presents of Haddonfield, with which the venue still has a long-term contract.

The ballroom is still a popular wedding destination, and weddings remain its principal financial driver.

But Baldwin hopes that by opening the Rite more often, she’ll help the surrounding neighborhoods connect more deeply with its mission and the space.

Of course, that will only happen if the community backs the variety of programming there, she said.

“We’re giving it to you. Now show up and support it.”