In its seventh year, the Collingswood-based coffee roaster consolidates every aspect of its operation into a Haddon Avenue storefront. 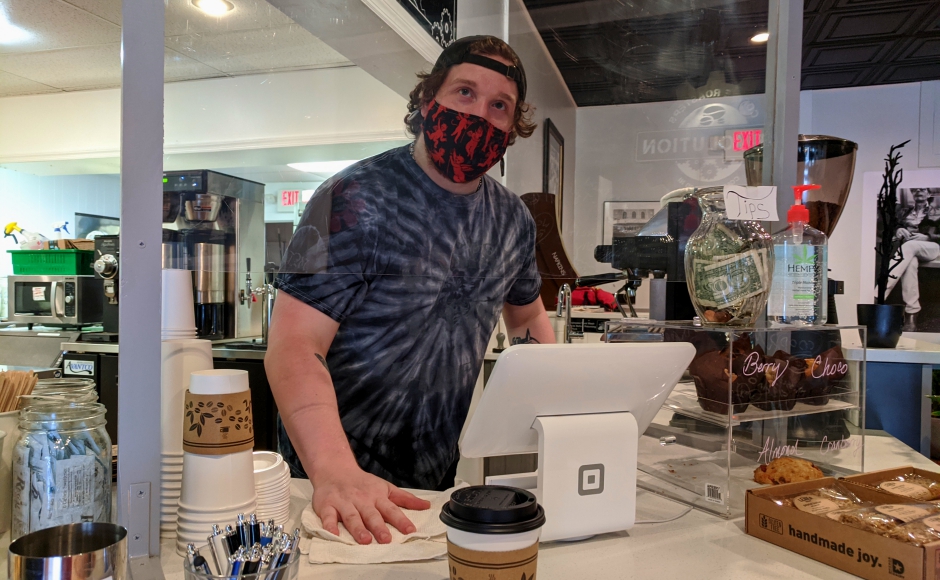 Just a few months ago, Steve McFadden and Justin Ettore were sweating through a major relocation of their seven-year-old coffee roastery, Revolution Coffee.

Although their operation only traveled a block away from its former Fern Avenue home, the move offered an opportunity for the duo to physically reinvent their business for their first Haddon Avenue storefront.

“We needed this new project to be super-functional and also handle the volume of customers,” McFadden said.

“The old space was very welcoming, but this brings Revolution closer to customers,” he said. “Now you can hang out and see production happen and be more connected to the process.”

The interior of the new storefront was designed by Angelo Anastasio of the Collingswood-based Hart and Sapp. Anastasio said he wanted to create a modern look for the business while bringing two halves of the space together to serve its dual purposes. 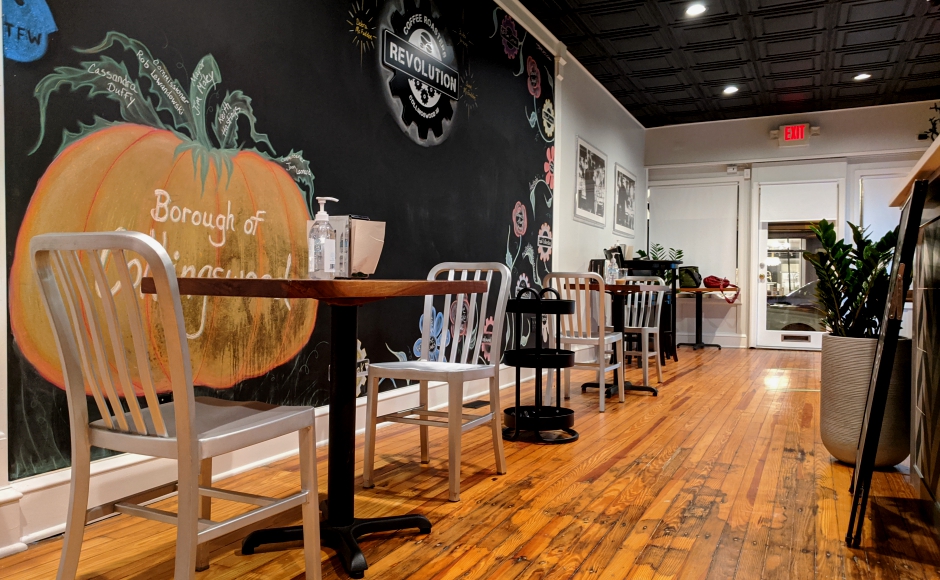 Its custom-built bar features a sleek, black-and-gray, chevron-tiled front hand laid by Ettore and Anastasia Altomari, who also heads up quality control at the roastery.

“This side is very hip and polished, but peer through the archway and you see the guts of this thing,” McFadden said.

Situated beyond the customer-facing counter is a full-production coffee business, from the bright red-and-chrome Ambex roaster, to the stainless steel cold-brew coffee line, to the bulk bagging operation.

In its prior setting, those distinct processes were distributed across multiple rooms; consolidating them within a single storefront “should absolutely make us more efficient,” McFadden said.

“This whole experience of getting this thing together has been a really good team-building exercise for all of us, and we have all worked really well together,” he said. 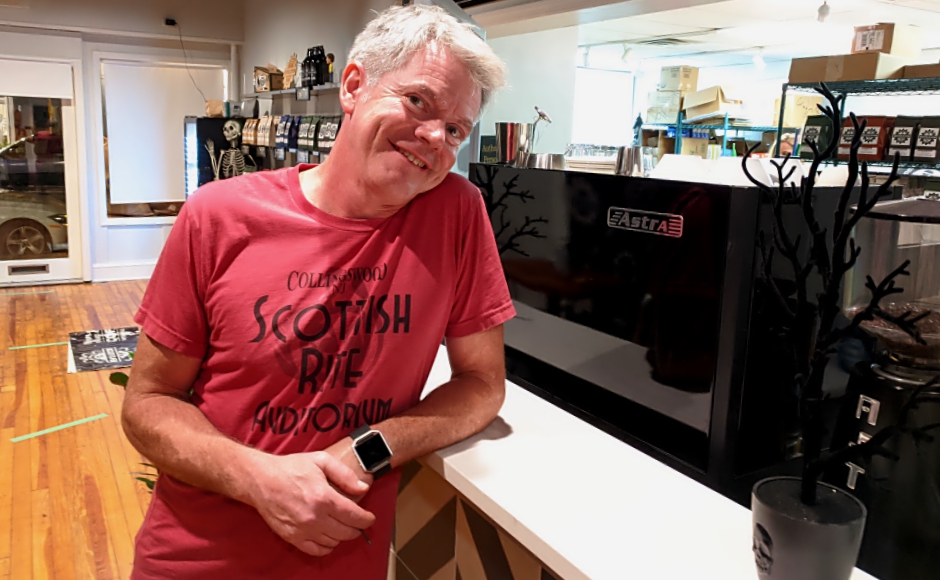 The new digs were also designed to retain the spirit of the prior Revolution retail café, which has ever been a social crossroads for the local community, McFadden said.

“We try to offer a little something for everybody; people with young children, people with pets,” McFadden said.

“It’s always been about inclusion, and I think we’re taking that to another level here.”

To his point, the centerpiece of one of the café walls is a floor-to-ceiling chalkboard, upon which visitors are invited to leave a note or say hello.

Adorning other walls are large-format prints from Collingswood photographer Jackie Neale, whose Big Day Film Collective opened its doors around the corner earlier this year.

McFadden is also excited to be operating a storefront in the center of a vibrant block of the Collingswood central business district that he said is “hitting its stride.

“We can’t beat the location,” he said. 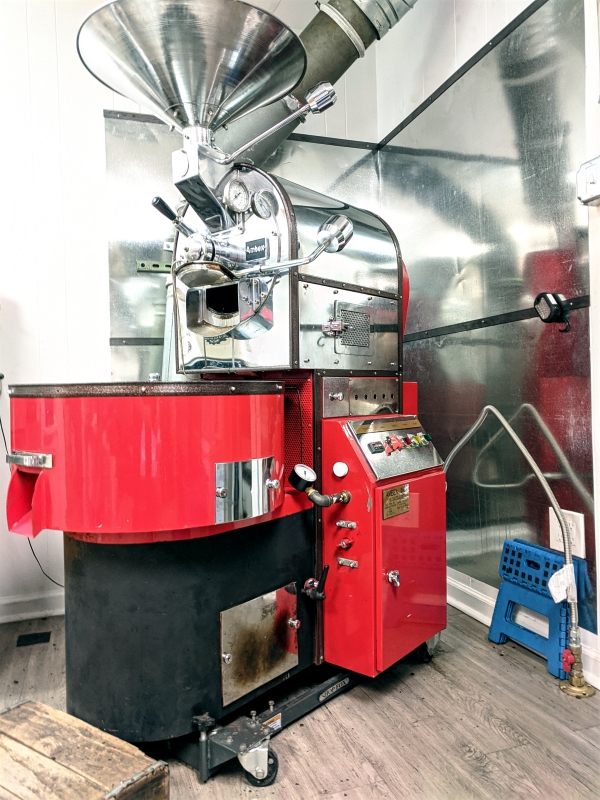 The Ambex roaster at the heart of Revolution Coffee. Credit: Matt Skoufalos.

Seven years into operating the business, McFadden said Revolution has continued to refine its product, incorporating controls that have helped maximize consistency while maintaining its artisanal feel.

He’s also excited to have a retail space that connects with its wholesale operation so seamlessly.

“There’s nothing like having the perspective of actually retailing your product yourselves to offer that wealth of knowledge to your wholesale partners, and to guide them to be able to present your product just the way you would,” he said.

The next phase of growth for Revolution will be to expand the retail presence of its cold brew coffee.

It’s currently available by the growler, but McFadden anticipates canning and marketing it at a larger scale.

“I really like the people aspect of it,” McFadden said.

Revolution Coffee Roasters is located at 809 Haddon Avenue in Collingswood. The shop is open from 6 a.m. to 2 p.m. Saturday through Wednesday, and until 6 p.m. Thursday and Friday. For more information, call 856-240-0640, or visit revolutioncoffeeroasters.com.