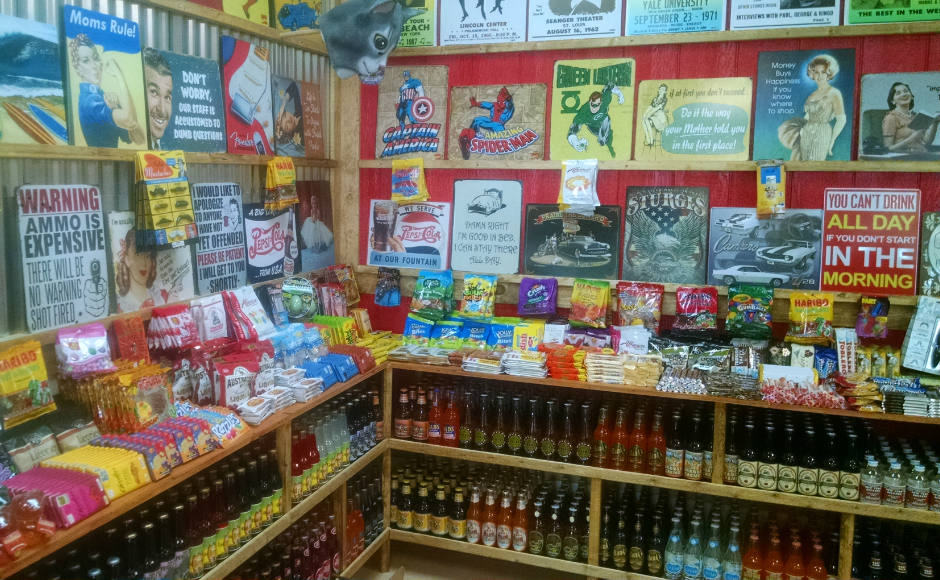 The interior of the store reveals a varied selection of candy, soda, and more. Credit: Matt Skoufalos.

Launched in February 2009, in the depths of the economic recession, Rocket Fizz Soda Pop and Candy Shop has ridden a wave of nostalgia to meteoric success. The company has franchises in shopping centers and strip malls from Tampa to Lake Tahoe; from the French Quarter to Fisherman’s Wharf.

On Tuesday, its newest location, Rocket Fizz Westmont, formally takes its place on that list.

Rocket Fizz Operations Specialist Marcus Mendoza estimates he’s personally opened 36 of the company’s 80-plus storefronts, including its original location in Camarillo, California, where he was the first employee hired. Yet interest in the company truly exploded after its co-founder Robert Powells’ star turn on Undercover Boss in January 2015.

That’s also how Woolwich Township resident Joann Ammazzaorsi first learned about Rocket Fizz. A mother of four who was struggling to re-enter the workforce after 13 years off, Ammazzaorsi had been looking for a different kind of opportunity, which Rocket Fizz seemed to promise.

“It just looked like so much fun,” she said. “We had talked for the past couple years about opening some kind of business. We went through a couple different things, and for one reason or another, they didn’t pan out.” 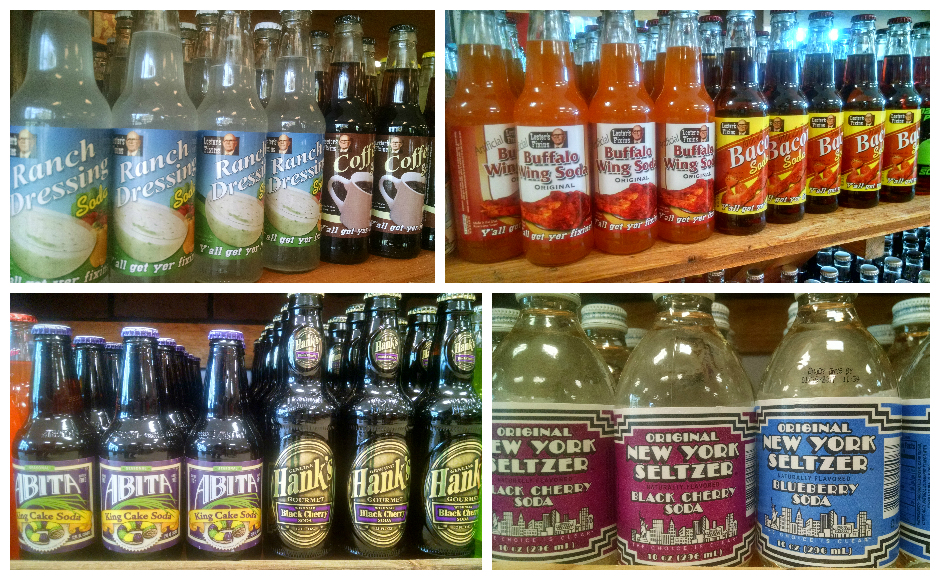 A variety of the unusual flavors of soda available at Rocket Fizz. Credit: Matt Skoufalos.

When Ammazzaorsi and her husband, Andrew, applied for a Rocket Fizz franchise license, however, things moved much faster. What took the longest was the year spent scouting locations.

The couple considered storefronts closer to their home and farther out in Cherry Hill, but ultimately settled on a storefront opposite the Westmont Theater on Haddon Avenue. In addition to having a bird’s-eye view of the theater renovations, Joann Ammazzaorsi, who grew up in the Iron Rock section of Pennsauken, believes the shop will draw added walk-up business from the nearby Westmont Farmers Market, Haddon Town Center, and Albertson Village.

“This is a nice town,” she said. “Everybody’s friendly. They’re very supportive. They have a lot to offer.”

Rocket Fizz carries 470 different types of soda, about 90 of which it manufactures internally; the remaining 360 varieties are sourced domestically, except for Coca-Cola and Pepsi products, which are imported from Mexico where they’re made with cane sugar. Sodas are available by the bottle or in packs of four, six, 12, or 24, and in flavors as colorful as their packaging. From name-brand blends (Hanks, Virgil’s, New York Seltzer) to gastronomical curiosities (ranch dressing, Buffalo wing sauce) and gross-outs (Martian poop, bug barf), Rocket Fizz delivers on its inventory alone. Rocket Fizz typically will tear down at least one display biweekly to make way for a new redesign, Mendoza said. Credit: Matt Skoufalos.

“We really encourage you to try a variety of sodas, because that’s what this whole thing was founded on,” Mendoza said.

With walls lined in corrugated metal, wood paneling, and faux brick, the interior of Rocket Fizz seems equal parts comic book store, record shop, and basement rec room. In addition to soda, its inventory includes unique confections from across the United States, imports from Britain and Japan, and an assortment of novelty gifts. Above the colorful sweets and drinks are rows and row of tin signs featuring Silver Age comic book art, vintage concert posters, and snarky one-liners.

“If you’re on a mission to buy specific items, you can come in and get what you need all in one place,” Mendoza said. “Older generations can show things to their kids. It’s got that retro feel; it’s great for families.”

The Ammazzaorsis were thinking about their family when they invested in the franchise. They see Haddon Township as a place where they can build a business to someday pass on to their kids—all four of whom were hauling boxes over the weekend, as Rocket Fizz Westmont chugged on toward its Tuesday opening.

The parents couldn’t have been prouder.