Trending
You are at:Home»Business»Sweet Freedom to Close up Shop in Collingswood

The special-diet bakery is shutting its doors in Collingswood to refocus on other locations in Philadelphia and Bryn Mawr. 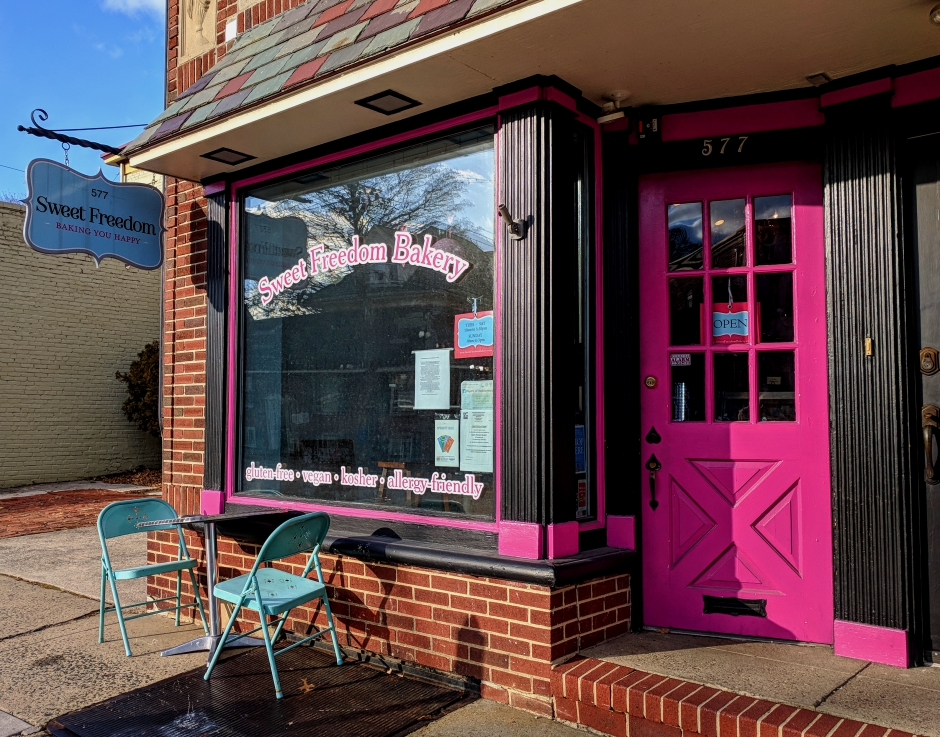 After a four-year tenure on Haddon Avenue, Collingswood bakery Sweet Freedom will close its doors.

Manager Jen Kremer said the shop will serve its final customers in the borough on February 18, making “a nice sweet ending for everyone.”

“We really don’t want to close the doors; this is the point where it makes sense that we do.”

Kremer said Sweet Freedom will continue to operate its flagship location on South Street in Philadelphia and on Lancaster Avenue in Bryn Mawr; the latter was opened at the same time as the Collingswood shop, and is thriving, she said.

Sweet Freedom has always been a specialty bakery, but when it opened on South Street location in 2010, it was a relative novelty. Eight years later, Kremer sees more competition from similar shops that cater to those with dietary restrictions as well as from traditional eateries that offer vegan, gluten-free, and allergy-sensitive menu options.

But she insists Sweet Freedom has “a whole lot more to offer.

“A lot of people just can’t have anything anywhere,” Kremer said. “We’re safe for diabetics and accommodate all allergies. We’ve made it easier for everybody else.”

Despite offering a variety of specialty foods, Kremer said Sweet Freedom is still known mostly for its cupcakes, donuts, and birthday cakes.

Its ingredients are sourced from purveyors that process, mill, package, and store them in allergen-free environments, which she said has created a devoted following, but also influences prices.

“That’s a big factor in making sure everyone feels safe, and a big factor in driving the cost,” Kremer said. “Those safe flours have to come from one or two big distributors, as luck would have it, they’re all on the west coast. We pay a premium for those things.”

Leaving the Haddon Avenue corridor is a disappointment for Kremer, but she’s hopeful customers will make the trip to the South Street shop.

“Every person that needs us truly needs us,” Kremer said. “We’re in that person’s home for every holiday. They know they’re safe with us.”