First launched in the East Passyunk neighborhood of Philadelphia, Haddonfield is the second location for a toy shop focusing on non-gendered toys and products that celebrate cultural and ethnic diversity. 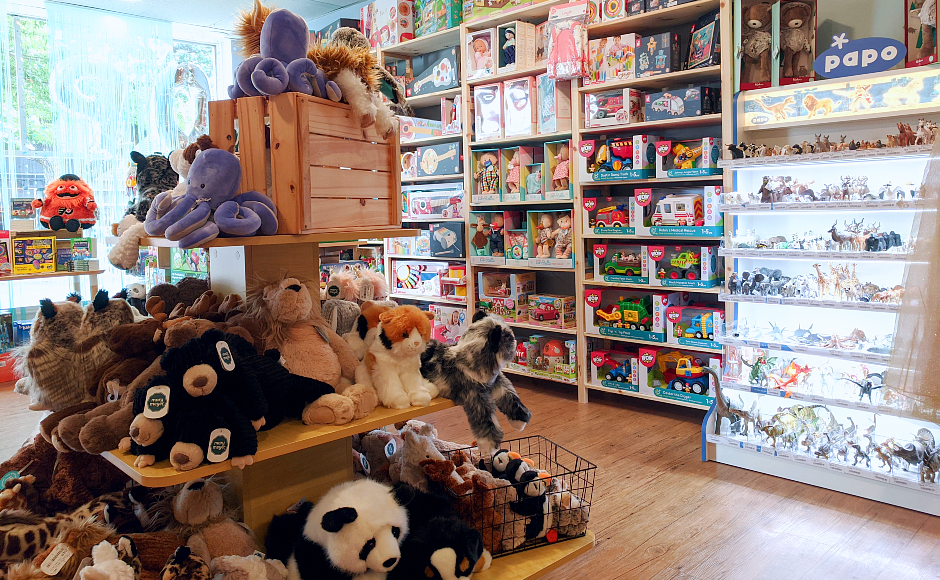 It wasn’t until Michelle Gillen-Doobrajh became a mom that she realized how disappointing children’s toys could be.

Her daughter was given lots of “girl” gifts—dolls in frilly dresses, pink building blocks—but never a science kit.

Toys were advertised as being “educational” if they taught a child to push a button and watch something light up.

“During that time of being a stay-at-home mom, it opened my eyes to how much junk is out there, and how frustrating it is,” Gillen-Doobrajh said.

“Opening my own toy store was something that I’ve thought about for a long time, but that gave me that extra push,” she said.

So, five years ago, when Gillen-Doobrajh opened the doors of Tildie’s Toy Box on East Passyunk Avenue in Philadelphia, she was determined to create a different kind of toy store: one that didn’t advertise products to shoppers by gender, and which offered toys to enhance children’s development and imaginative play.

“I’m a very strong believer that children really need hands-on play away from screens,” Gillen-Doobrajh said. “They really need to figure out how to use their hands and their brains, and communicate with other children and adults.

“We can see the effort put into disconnecting [from electronics], and having a child develop, to have them play with toys,” she said, “and then see after a while that they can play by themselves and make up scenarios.

“As has been well proven, everyone learns best through playing.”

Gillen-Doobrajh’s “everything here is for everybody” approach extends from selecting products that don’t reinforce gender stereotypes to those that promote cultural diversity and acceptance from an early age. 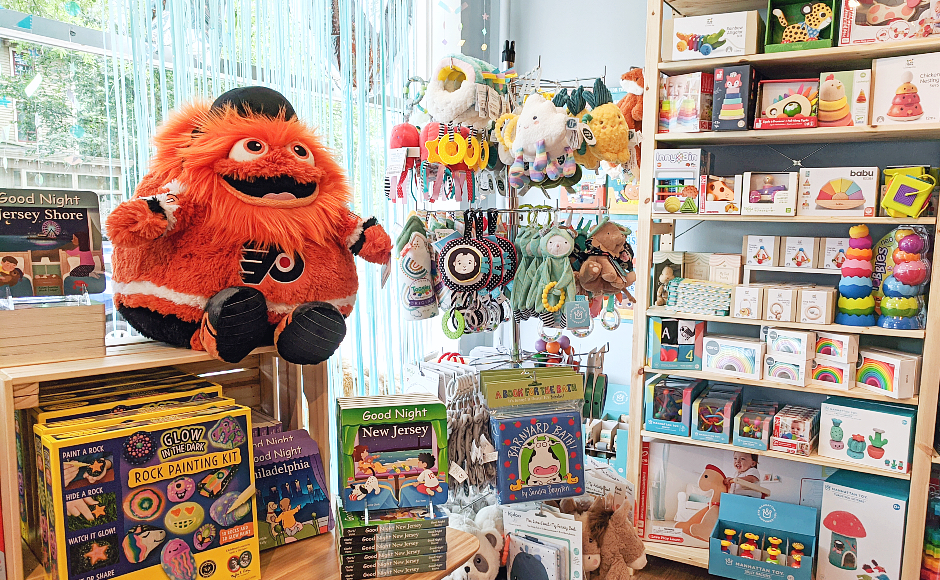 “Every child needs the opportunity to explore all of those things,” she said.

“That’s something that I take a lot of thought in, and train my staff to make sure that we’re not making stereotypical recommendations.

“We don’t do too many trendy things, but definitely things that are new, and fun, and are going to [offer children] creative play, disconnecting from iPads and Internet, and using their imaginations with their friends and family,” Gillen-Doobrajh said.

Tildie’s Toy Box also features a children’s library with books that represent characters from various ethnic and social backgrounds, the better to appeal to a breadth of customers. Gillen-Doobrajh said her intention is to showcase “books with a purpose,” from encouragement and inspiration to diversity and acceptance.

“I want to bring that diversity at a young age to the South Jersey community, as we’ve done in Philadelphia, and also create a welcoming, fun neighborhood spot where everyone feels comfortable and welcome to try things,” she said.

“Hopefully, by us being here, we encourage other families that are minorities to come and visit and be here as well, but also to have the children in the community grow up with more items and exposure.” 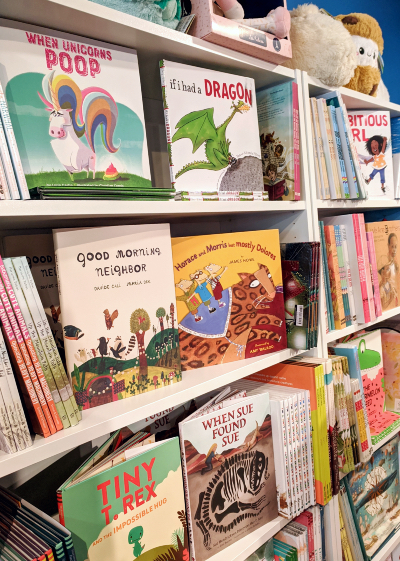 Tildie’s Toy Box also offers some unique perks for shoppers to keep them coming back. Its Play Pass Rewards punch cards are good for $5 off every $100 spent in the store (one punch for every $10).

“Birthday Bin” shopping lets a child or parent fill a bin with items from the store, which offers gift-givers certainty that they’ll make the right selections.

Complimentary gift wrapping also is offered with every purchase.

When her shop took off in Philadelphia, Gillen-Doobrajh began searching for a second location; after a few years, she found it at 8 King’s Highway East in Haddonfield.

The shop opened its doors for the first time last weekend, and she’s already excited by the prospects a new neighborhood has to offer.

(Her own family is relocating to the borough soon, too.)

“Every business owner always wants to expand; South Jersey’s a great area for that because there’s a lot of small towns that give me the same feel I’m used to in South Philly,” Gillen-Doobrajh said.

“East Passyunk is a really great community,” she said. “We kind of all know each other, and have that small-town feel in the city, and I think we can get that here in the South Jersey towns as well.

“Finding those great, little, special communities are important for our survival.”

Tildie’s Toy Box is located at 8 King’s Highway East in downtown Haddonfield in the former Le Shop storefront. The shop is open from 10 a.m. to 5 p.m. Tuesday through Saturday, with extended hours coming in the fall. For more information, call 856-229-7361 or visit tildiestoybox.com.