Trending
You are at:Home»Business»Tonewood Brewery: Craft Beer Comes to Oaklyn

Brothers Eli and Taylor Facchinei are laying the groundwork for their downtown microbrewery. 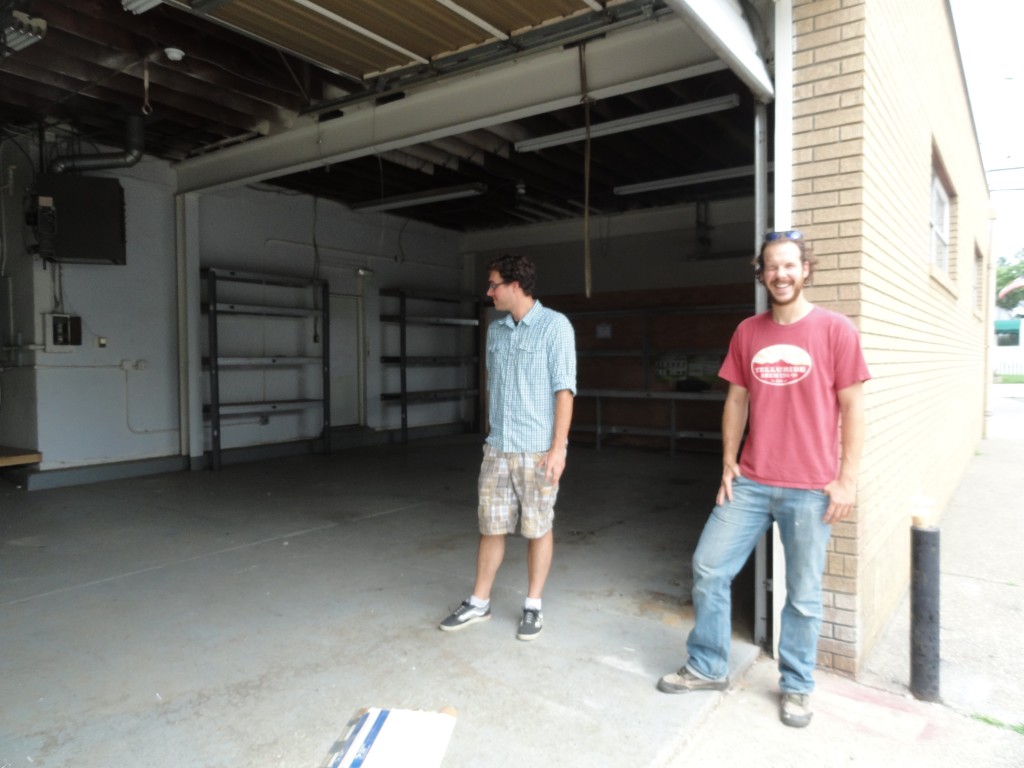 The ink has dried on the five-year lease agreement, the keys are in hand, and the thirst is certainly ready to be slaked.

But the drinks won’t be flowing for another nine to 12 months in downtown Oaklyn, as brewer Eli Facchinei gets to work fitting out the space that will host his downtown microbrewery, securing licenses, and purchasing the equipment necessary to begin the beer-making process.

“We want to have our brand have a certain feel to it, and we think that feeling starts in this space, and carries through with our whole vision of what we want to do for the local craft beer community,” he said.

Even in its simplest form, the raw space at 215 West Clinton Avenue represents “a good blank slate for executing that vision,” Facchinei said.

The corner property has garage access for ease of shipping and receiving. Its 20-foot-high ceilings can easily accommodate the brewing infrastructure, which includes jacketed, temperature-controlled fermentation and conditioning tanks, a brew house, a walk-in cooler for finished products, and grain storage and handling facilities. 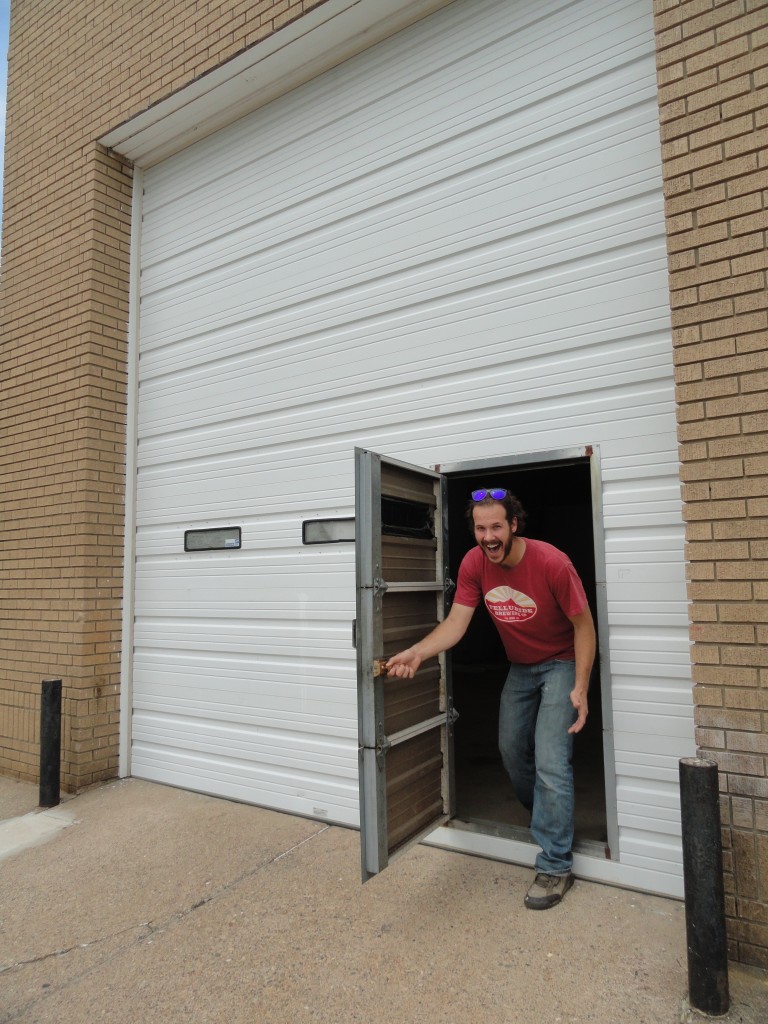 All told, the space should allow for the production of an estimated 2,500 to 3,000 barrels of beer annually, Facchinei said—enough to “get us distributed locally and go from there.”

What makes the building so perfectly suited to the endeavor he said, is that it combines the attributes of an industrial warehouse with those of a downtown storefront, offering a harmonious marriage of commerce and tourism.

“That’s going to be a driving force for our brand,” he said.

“We have enough space to be able to get our products out there and have people connect with this space and the town, and connect the dots, in a way, to the whole area.

“It’s all about the connection from the product and the process to the people.”

Eli’s brother, Taylor, is a co-brewer and partner in the project, but he’s also got a background in urban planning. With its proximity to public transportation and accessibility by car and bicycle, Taylor believes the brewery is conveniently situated to welcome visitors to the small community.

“I think people wouldn’t mind biking from the [PATCO] train if that’s how they’re going to get here,” he said. “It’s right next to the [White Horse] Pike, which is a big artery.”

The nearby communities of Haddon Heights and Audubon are collaborating with Oaklyn on a study examining the feasibility of building a footpath along the rail line that runs through their downtowns. Connecting the tiny business districts with a pedestrian-and-bike-friendly roadway is a sure way to build on the number of visitors, Eli Facchinei said, but once they come to town, there’s got to be something for them to do. 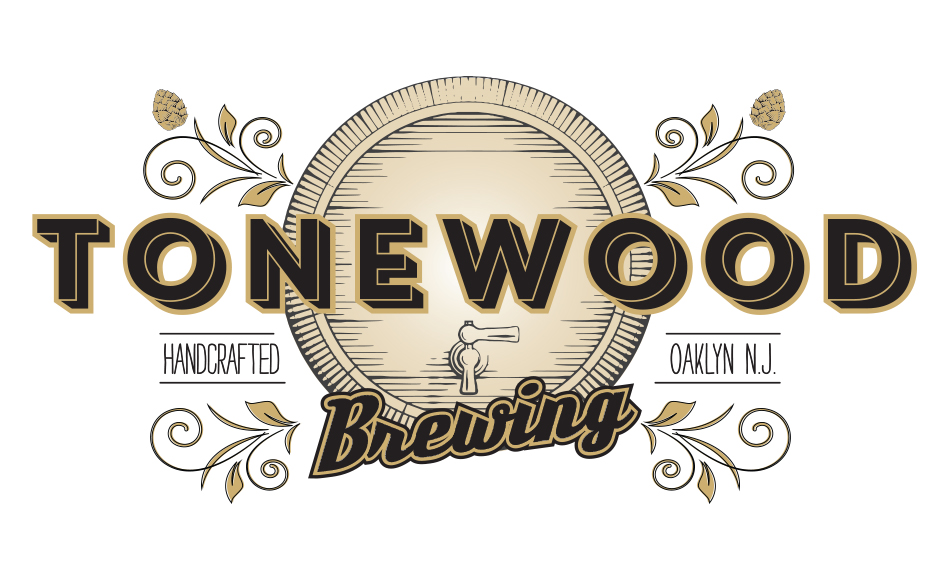 As the touchstone for the way in which they hope their business will resonate with those communities, the Facchineis have settled on the name Tonewood Brewery for their endeavor.

“Tonewood is the type of wood that is used in instrument-building, especially acoustic instruments,” Taylor Facchinei said.

“It’s the connection of crafting; luthiers and their selection of woods for their particular instruments and the sounds they want to get.”

The brothers will focus on incorporating those sensibilities of craftsmanship and natural materials into the beer-making process as well as the aesthetic of the brewery itself. In a process akin to instrument-making, Eli Facchinei said Tonewood will barrel-age a number of its varieties to help unlock the distinct flavors of the beverages.

“Every barrel’s different in the way that every instrument’s different, and it has its own feel just through the nature of it,” he said. “That’s how the name played in, and how we thought it cross-connected.”

The tasting room at Tonewood will also “have a rustic feel,” Eli Facchinei said, appointed with furniture that the family will craft by hand with wood milled from Connorwood Farms, a forestry stewardship in Alloway Township. Eli and Taylor’s father, Jim, is a 30-year carpenter who will manage the construction of the brewery, allowing for the family to do “80 percent of the work in-house,” Eli Facchinei estimates. 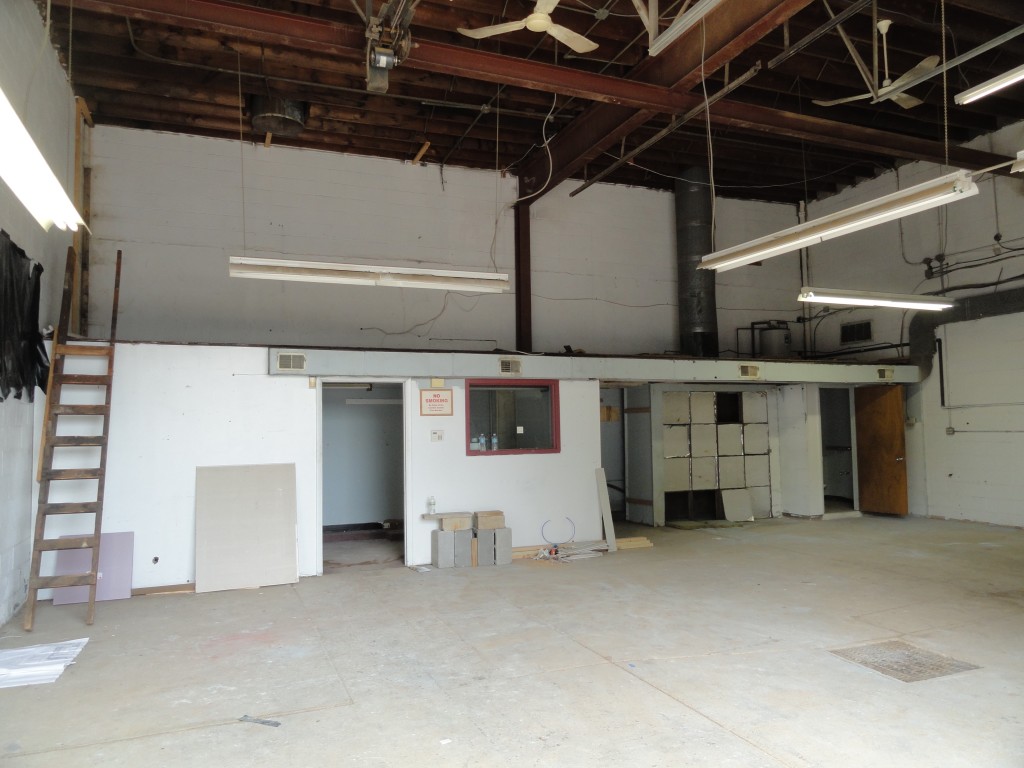 As for the beer itself, Eli Facchinei says he plans to brew “classic styles interpreted in our own, unique way,” according to the Beer Judge Certification Program style guidelines.

The lineup likely will include an English Special Bitter (ESB), a Baltic Porter, Belgian and French Saisons; and American, English, and Belgian Pale Ales.

“I’m not trying to push the boundaries on giant flavors and ‘big beers,’” he said. “I want to have very approachable, flavorful products for everybody from the person who does enjoy those giant, big beers to the person that doesn’t.

“We’re just going to focus on making sure we’re producing a quality product, and not putting anything out there that we wouldn’t want to have ourselves.”

Tonewood beers will be packaged in cans, with the first six-packs likely to become available within three or four months of the start of production. Eli Facchinei said he hopes to partner with local purveyors for ingredients, connecting with area coffee roasters, apiaries, and hops and fruit farmers whenever possible.

“There’s such a demand for craft beer right now in the area,” he said. “I’m excited to be a part of that community around here.”