The upgraded trail is designed to promote interactions between adults and children. It was the result of a $15,000 grant from the Cooper Health Foundation to the United Way. 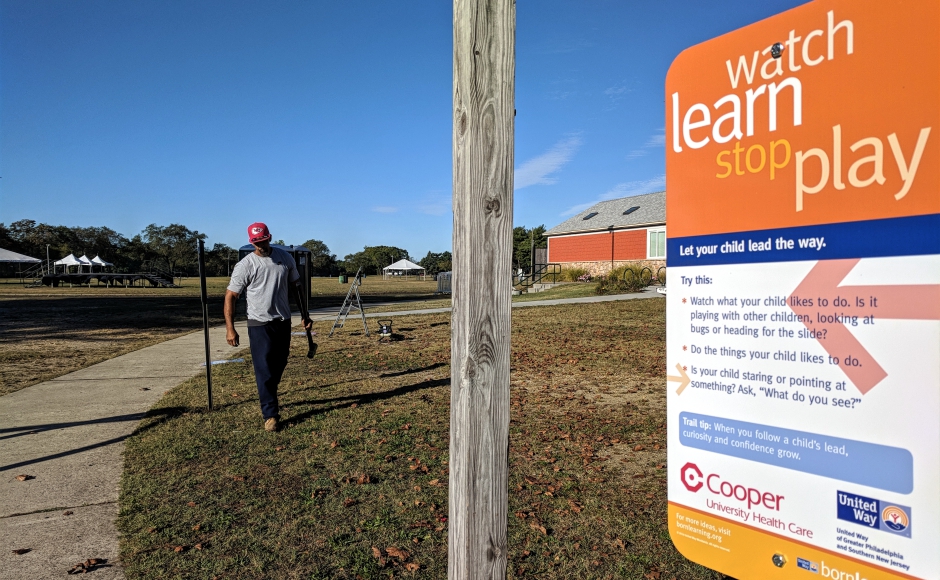 On a sunny Friday in Cooper River Park, some two dozen volunteers from the Cooper Health Foundation gathered at the William G. Rohrer Children’s Playground.

They picked up stencils and paint while workers from the Camden County Parks Department hammered stakes into the sidewalk nearby.

Everyone was there to help upgrade the playground amenities with a “born learning” trail, a United Way community health program designed to improve parent-child engagement with public art and developmental education.

“It’s meant to be interactive—physical, intellectual, artistic,” she said.

Chris Major of the United Way said the learning trail is built around evidence-based approaches to learning that support child development. Each sign includes prompts for parents, while the pavement decorations attract children’s attention.

“When parents take an active role in children’s learning, they do better in school,” Major said. 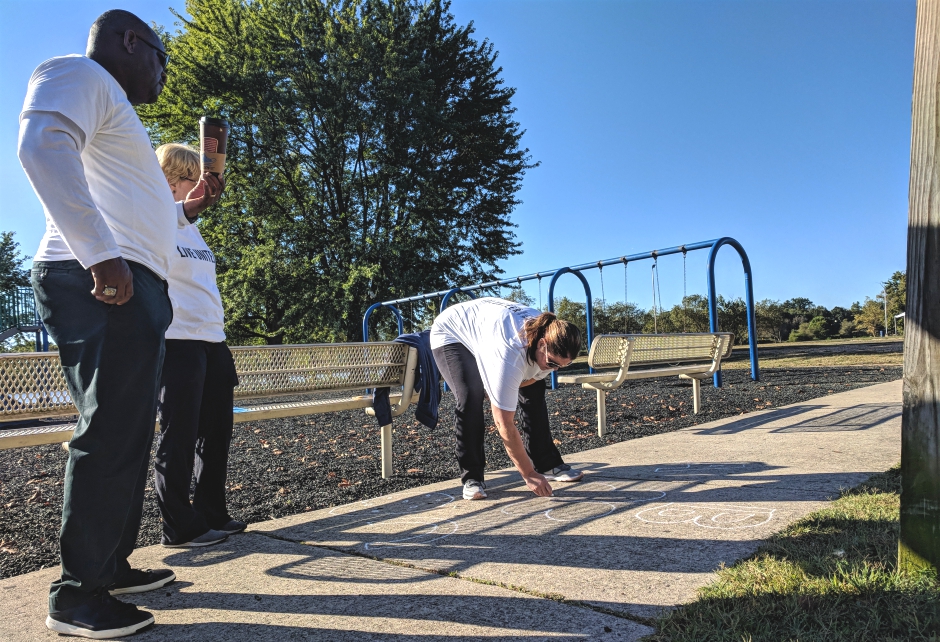 The learning trails have been installed in 750 parks nationwide, Major said.

The trail at Cooper River Park is the second in Camden County (the first was in Camden City’s Farnham Park), and the location of a third has yet to be determined.

They’re part of a broader commitment to residents in the county, Major said, including its “Born to Read” initiative, which puts book nooks inside various family service agencies in Camden City.

They were paid for in part by a $15,000 donation to the United Way by Cooper Health.

Camden County Freeholder Carmen Rodriguez said the learning trails are “another opportunity to get parents engaging with children” as part of its covenant for children, youth, and families.

“If the family structure is reinforced, it takes care of the entire family,” Rodriguez said. “[The trail] is cross-generational.” 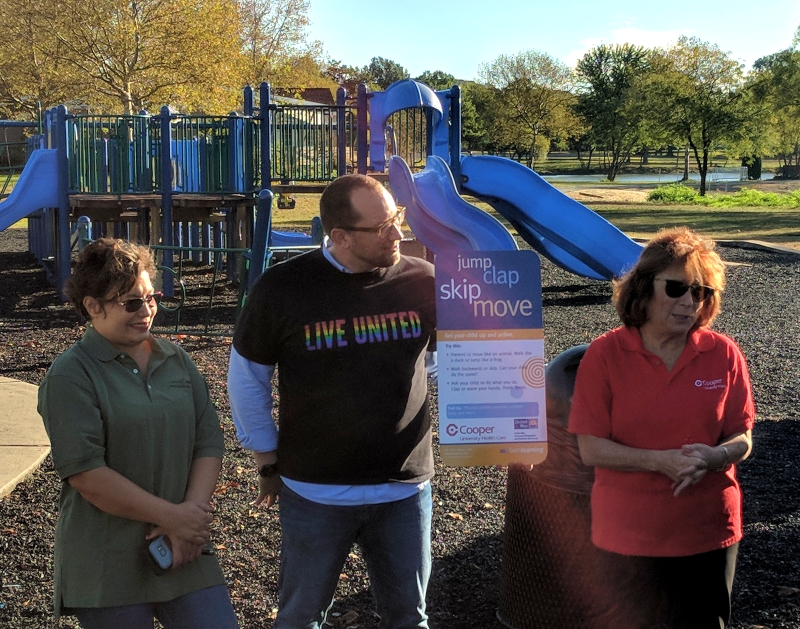 Robin Dolan of the Cooper Heart Institute, who also helped with the Farnham Park learning course, said she enjoys interacting with her coworkers during the sessions.

“It’s nice to know we’re doing something for other people’s children,” Dolan said.

“We’re trying to build a message for the kids.”

“It’s not just the parents in the household who’s going to teach these children to be successful,” Pennsauken Mayor Betsy McBride said.