Trending
You are at:Home»Schools»Haddonfield»Haddonfield’s Kim Dickstein First NJ Teacher of the Year from Camden County

Kimberly Dickstein, who’s taught for 11 years in the district, wants her students to take the lessons of the classroom into the world. She hopes the statewide recognition will give her a platform to do so. 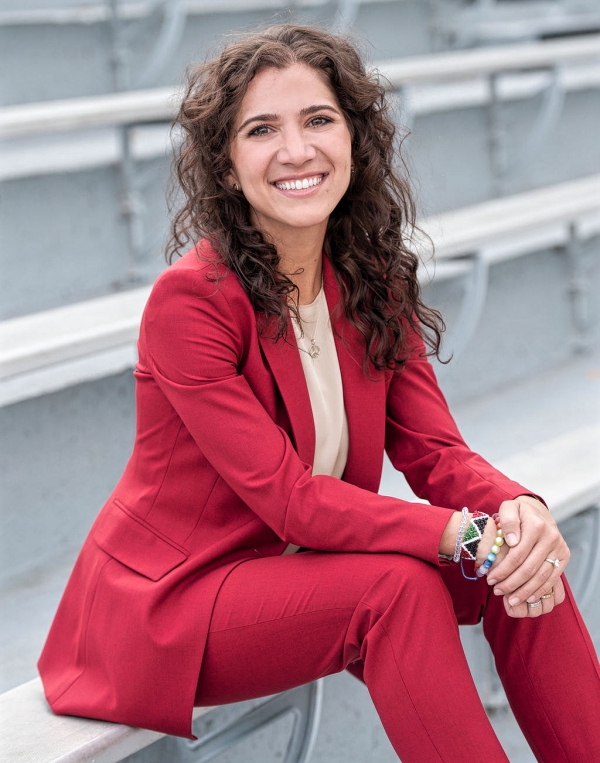 As much as she wants them to grapple with great works of literature, Haddonfield Memorial High School (HMHS) English teacher Kimberly Dickstein also wants her students to be global citizens.

So it’s only fitting that Dickstein was on honeymoon in Tanzania when she learned she’d been named a finalist for New Jersey Teacher of the Year.

The 11-year district veteran, who was married just last week at a ceremony in the HMHS courtyard, was floored at the news.

Today, the story got even better, as Dickstein became the 2019-2020 New Jersey State Teacher of the Year, and the first Camden County teacher to be so honored.

“All my former teachers are still my community and my colleagues.”

Last June, she was named a Princeton University Distinguished Secondary School Teacher, and also won a Martin Luther King, Jr. Freedom Medal from the Camden County Board of Freeholders.

As much as Dickstein enjoys teaching the classics (“There’s a lot to love there,” she said), it’s more important to encourage her students “to learn more about their role as global citizens.

“It’s not enough to lament the world’s woes when reading a book,” she said. “You should do something about that. Everybody comes at it differently, but as long as you activate an idea, that’s good.” 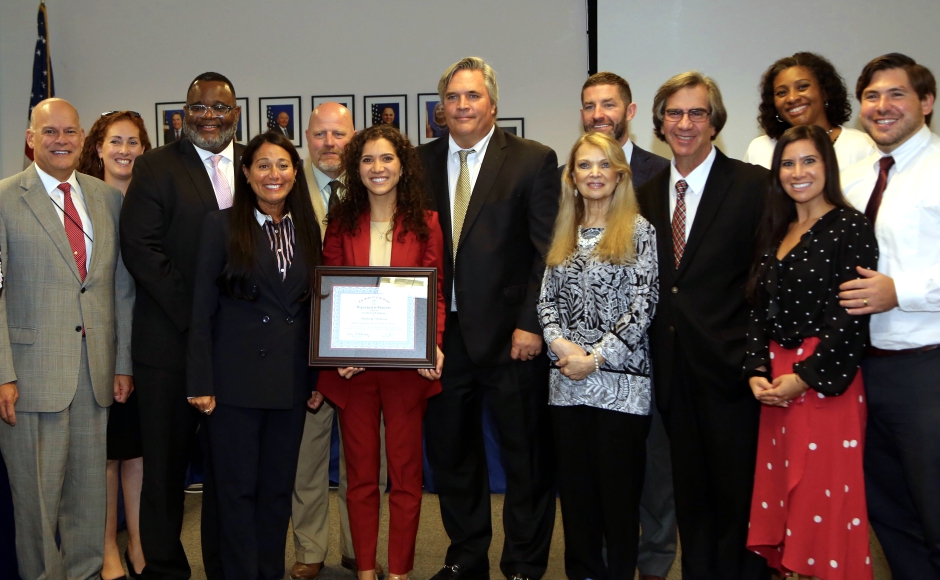 Kimberly Dickstein of HMHS
is the 2019-2020 New Jersey Teacher of the Year. Credit: Haddonfield Schools.

Haddonfield Superintendent of Schools Larry Mussoline said Dickstein “is the best of the best” and “a dynamic educator.

“She is someone who connects with kids, and her hallmark is, she goes above and beyond, not only for our high school, but for our district and community,” Mussoline said.

For Dickstein to represent Haddonfield as the first Camden County educator to win New Jersey Teacher of the Year, “is huge,” he said.

The superintendent praised Dickstein’s approach of extending curricular experiences beyond the classroom. When her students were reading Ishmael Beah’s A Long Way Gone: Memoirs of a Boy Soldier, Dickstein connected them via Skype with Garang Buk Buk, a former Sudanese child soldier. He stayed in touch with her classes for three years.

When they discovered Buk Buk needed help raising money to travel to Emory University, where he is pursuing a master’s degree, Dickstein helped raise $81,000 locally to contribute to the cause.

“She took a classroom experience and took that reach into the world,” Mussoline said. “I think that’s the thing that makes teachers of the year; [showing students]  ‘we can do more.’”

Asked how the district can cultivate more teachers like Dickstein, Mussoline said her self-motivation should be an inspiration to others. 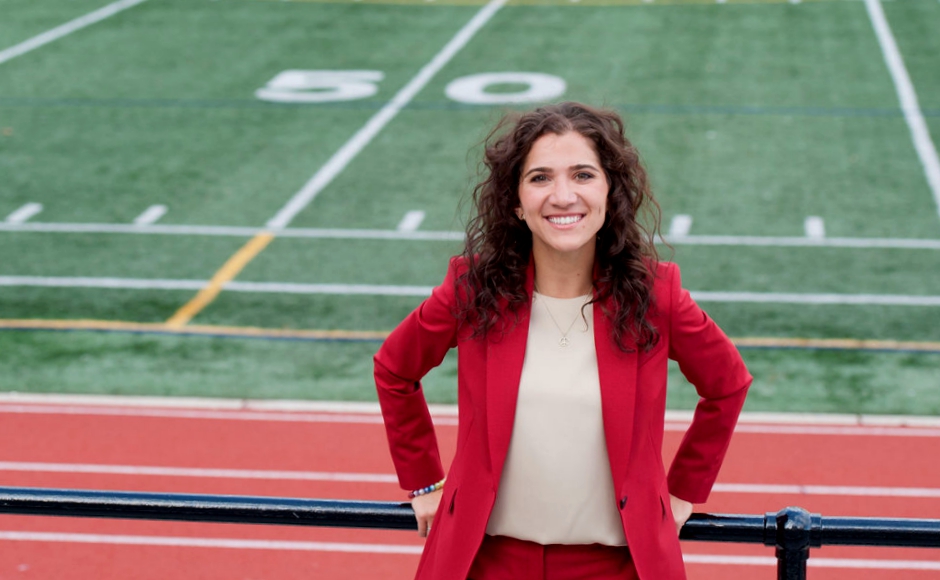 “She really has a belief that she wants to make a difference, and I think that’s the key,” he said.

“How do you find people, in an interview process, that want to make a difference beyond the classroom? We’re very lucky.”

“She has inspired her students, who live in a privileged area, to have a heart for their neighbors, and not just their next-door neighbors,” Woods said.

“She goes for it, which I’m so inspired by. She takes challenging material to her kids because she is confident in their ability to get it.”

Woods said Dickstein is a rare individual who’s managed to leverage her personal enthusiasm in a professional capacity, “because she knows she’s going to get that energy back.

“A lot of our work culture in the U.S. tells us not to go for it, and she goes for it,” he said. “If you use the energy, you’ll find that tomorrow, you have more energy than you thought you could make.”

Dickstein doesn’t know what’s next after her award, but said that during her six-month sabbatical, she plans to “activate my platform” to empower her cohort of county Teachers of the Year.

“I’d like to focus my time on equity and social justice and trying to lift every voice for New Jersey public schools,” she said. “New Jersey is number one, and we have be number one for all our students and educators.

“It’s a great responsibility, but I know I have a great team and community behind me,” Dickstein said.