Trending
You are at:Home»Opinion»Words of Angehr: the Welcome Ghosts of Springsteen’s ‘Letter to You’

Bruce returns to the studio at 71 to celebrate a life well rocked, with the E Street Band in full command of its powers. 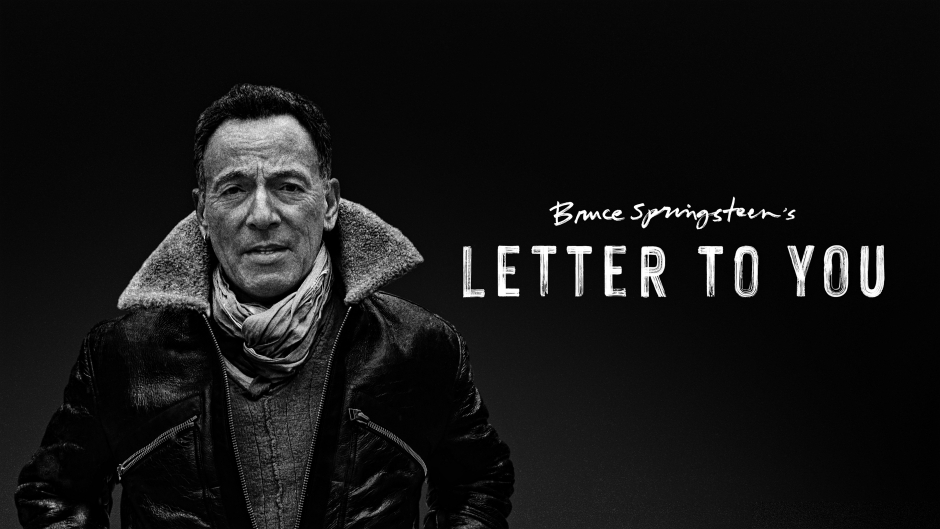 Is Letter to You, Bruce Springsteen’s newest LP, a good album?

It depends on what you think rock and roll is for.

The Rolling Stones’ mantra, “It’s only rock and roll, but I like it,” is pop music’s best inside joke.

Rock and roll is pure ridiculousness, of course: a set of drums, a couple guitars, and three chords. Think about it: with rock music, you see either teenagers straining to strut like grown ups, or adult men and women laboring to wiggle like adolescents. And the outfits!

It’s only rock and roll, but we like it.

Nevertheless, we treat this music with deep, even deadly, seriousness. More times than I’d like to admit, I’ve shown up at a concert feeling quite low––maybe not absolute-rock-bottom low, or self-harm low, but plenty of times, just plain “Not great, Bob” low.

However, I’ve never left a show not feeling like a better version of myself. Sure, the mix may have been uneven, the view obstructed, and the beer overpriced, but there I was, at the show, singing along to those songs. And I felt alright.

Or even better, there we were, my buddies and me, singing along to our songs. We felt alright. We were alive that night, together.

This is rock and roll’s supreme sleight of hand. Take a song with some of the silliest words you can imagine (“Tutti fruity/oh Rudy,” “You ain’t nothing but a hound dog,” “I found my thrill on Blueberry Hill”), pair them with a nice backbeat, and you can’t lose it. It’s better than Shakespeare. Cranked to 11, those are the words, and this is the music that launches our thousand ships.

The man, the myth… THE MAN

You never should want to meet your heroes, especially when it comes to popular music. The bigger the idol, the greater the chance that he or she would prove to be a turd.

Not Bruce Springsteen—at least, not in my mind. Like no other rock-and-roll star before or since, Bruce never left rock fandom. He’s of course not without his own demons (and lately has gone on the record discussing a lifetime of battling depression), but if tens of first-person accounts and thousands of live performances are to be trusted, Springsteen remains an inveterate rock-and-roll true believer.

Whenever you’re present to see a lead singer who counts the band into the next song, “One, two, three, FOUR,” you might just witness the most important four minutes of your life.

In his flawed-but-thrilling latest album, Letter to You, Bruce is counting in the band, and adding up the years in his most sincere rock-and-roll manifesto yet; a testament to his fallen comrades-in-Fenders.

Despite intimating that Letter to You isn’t his last will and testament, Springsteen celebrated his 71st birthday in September. Fans could be forgiven for wondering whether every album that follows could be his swan song.

When George Theiss, the frontman of Springsteen’s first band, The Castilles, died in 2018, Bruce realized he was the only living member of the group he’d played in as a teenager. That awareness became the genesis of Letter to You, a record that revolves around mortality, commemoration of the departed, and gratitude for the living.

In “Last Man Standing,” Bruce recalls the rock-and-roll regalia that Theiss donned onstage—a snakeskin vest, a sharkskin suit, and Cuban boots—and details the dives they played (Knights of Columbus, the Union Hall, countless “black-leather clubs all along Route 9”). The listener shares in the sadness as he sings, “You count the names of the missing as you count off time.” Springsteen is “the last man standing now.”

Letter to You is haunted by the spirits of the dead, but they’re celebrated rather than mourned. In “Ghosts,” the most complete and best song on the LP, Springsteen again assumes an autobiographical voice and imagines an apparition of Theiss walking down his hallway. But his ghost is welcome: “Your love, and I’m alive,” Bruce sings, and the chorus is similarly joyous (“I’m alive, I can feel the blood shiver in my bones/I’m alive, and I’m coming home”).

Accordingly, “Ghosts” challenges any other Springsteen song for the title of E Street 101, since it’s all here: chiming guitars, booming drums, dueling keyboards, catchy refrain, even saxophone and glockenspiel. The vintage breakdown and count-in at the end is a victory lap of which the band has earned every second.

If the primary consideration of Letter to You is what to do about the dying of the light, the correspondent rage is to be found in rock and roll.

Recorded live in four days at Springsteen’s home studio before the novel coronavirus (COVID-19) pandemic, Letter to You represents a late studio peak for the E Street Band. Through earnestness and exuberance, this legendary outfit manages to forget that they have nothing left to prove. This record captures a working band with nearly 50 years of shared experience cutting loose as if they only yesterday figured out how to flip on an amplifier.

From the thunderous build of “Burnin’ Train” to the guitar twang of the title track, Letter to You updates what Rolling Stone’s Greil Marcus wrote of Bruce’s landmark Born to Run. In 1975, Marcus observed: “No, you’ve never heard anything like this before, but you understand it instantly, because this music is what rock and roll is supposed to sound like.” 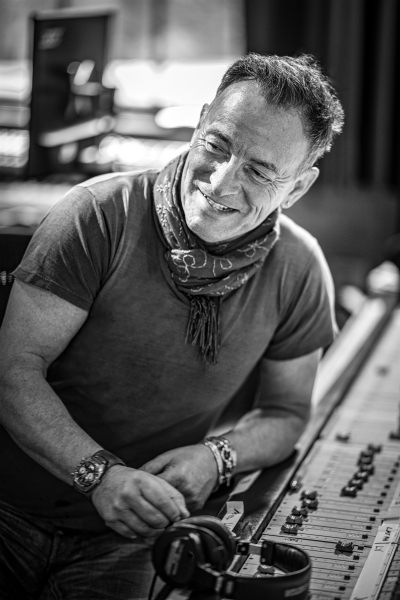 Bruce Springsteen at the console during the ‘Letter to You’ session. Credit: Apple.

A particular treat are the three “old” songs on Letter to You.

I remember being a high-schooler trolling through shopping malls in Singapore––long story––on the trawl for bootlegged Springsteen CDs available only overseas.

Unsure as to how risky (at multiple levels) my Eastern foray truly was, all I know is that I struck gold at a dingy music shop by the bay.

One of the Springsteen bootlegs I turned up was called Before the Fame, a pirated collection of early 1970’s demos that Bruce recorded for other artists to perform during a period when he was struggling financially.

Before the Fame included the memorable tracks “Janey Needs a Shooter,” “If I Was the Priest,” and “Song for Orphans.”

If I had placed a bet that nearly 30 years later I’d hear rerecorded versions of those songs as a 43-year-old man on an album by a 71-year-old Springsteen, I’d be bankrolling my own rock opera by now.

But here we are, and these old-new tunes are among the most captivating on Letter to You. They constitute an intra-artist dialogue between different phases of songwriting personas, the aged musician discovering joy both in the durability of the old material and the ability of the 2020 version of the band to execute everything with vigor.

If there’s never another E Street album, I would be content for “If I Was the Priest” to bookend the lifespan of this ensemble as an appropriate (and rocking) coda.

As a statement of art, Letter to You might not completely succeed. Once a master narrator, Springsteen in his later years has traded metaphor and character study for declamation and direct reference. The somewhat unhappy result is that Bruce lyrics that formerly would cut to the bone now too often land on the nose.

The moonlit sweep of “Born to Run”‘s cinematic muscle (e.g., “from the churches to the jails, tonight all is silence in the world/As we take our stand, down in jungle land”) has given way to a self-referential, literalistic line like, “May the truth ring out from every small town bar/And we’ll light up the house of a thousand guitars.”

The song itself is called “House of a Thousand Guitars”––maybe the title describes the venue of the greatest concert ever? or heaven? or Guitar Center?––and I’m glad that Bruce doesn’t take the time to name all thousand of them individually.

But whatever the house of a thousand guitars might be, exactly, damned if I don’t want to make it there someday. I’d expect a tight rock combo onstage, playing our songs all night, and loud. It sounds like the type of place that incarnates the aspiration of 1978’s “Badlands”; namely, that it’s not any sin to be glad you’re alive. Springsteen’s house of a thousand guitars aims to keep it that way.

If its occasional inartfulness keeps Letter to You from attaining masterpiece status, the ardor of the E Street Band on these 12 tracks suggests that to this question would be to miss the point. Letter to You isn’t about artistic statement; it’s about proof of life. That’s what rock and roll is for.