The education is intended to give law enforcement specific approaches for de-escalating the intensity of encounters with people with autism and their caretakers. 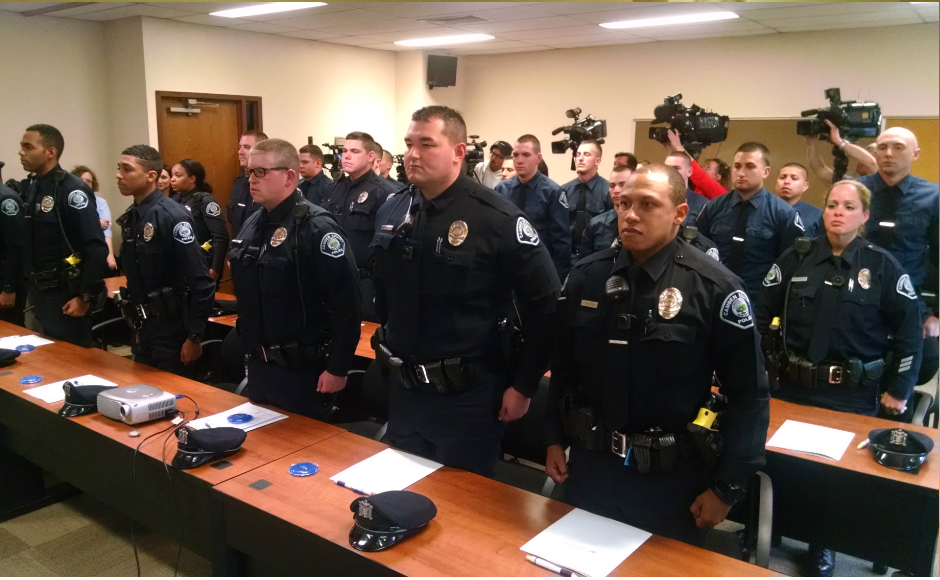 There’s no data available that would tell the story, but there are plenty of stories that can explain the problem, said Bancroft CEO Toni Pergolin.

For people diagnosed with autism spectrum disorder, encounters with police can be misunderstood at a minimum, and fatal at the worst.

In response, Bancroft, the Camden-County-headquartered, nonprofit provider of services for people with developmental disabilities, is training law enforcement to recognize when they’re encountering people with autism and to work to de-escalate those situations.

“It’s hard for the general public to understand people who might act differently; who don’t respond appropriately to law enforcement commands,” Pergolin said. “Many incidents are disruptive.”

To further compassion and understanding among a population of citizens whose disabilities are often invisible, Pergolin described an institutional vision for public safety that is increasingly important in an state with an incidence of autism higher than the national average. Across America, one in 68 people has autism, yet one in 41 babies born in New Jersey falls somewhere on the spectrum of the disorder, according to the CDC.

‘Be cognizant of the people you’re touching’

Pat Meade’s son Daniel is in Bancroft residential and educational programs. At 6-feet-four-inches tall and 220 pounds, he cuts an imposing figure.

“When his behaviors escalate, he can throw me around like a ragdoll,” Pat Meade said. “But at first glance, you can’t tell he has autism.” 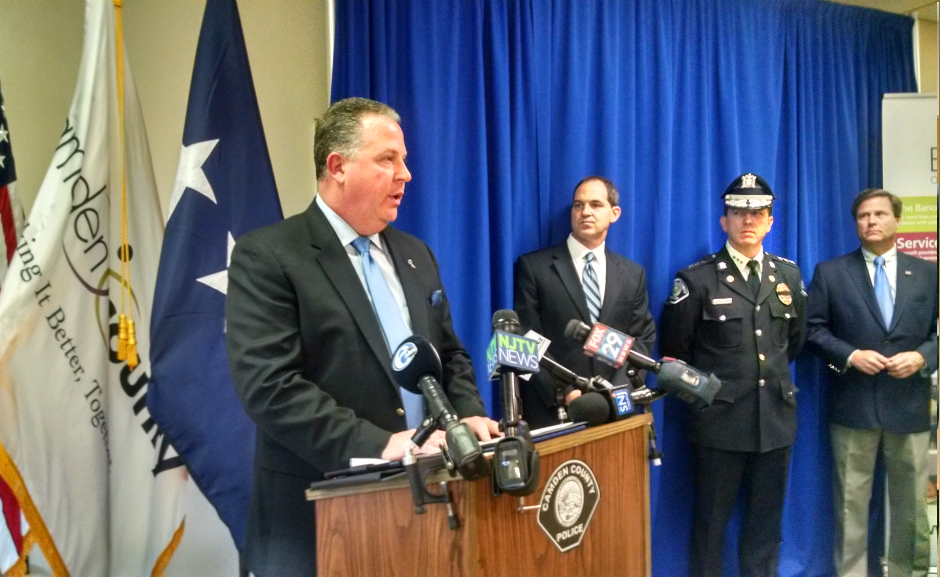 Pat Meade, whose son Daniel has autism, asked law enforcement to consult guardians at the scene when an autistic person is present. Credit: Matt Skoufalos.

Pat Meade implored officers to “be cognizant of the people you’re touching,” and stressed the importance for them to be exposed to the kinds of behaviors that Daniel’s aides and family members experience on a daily basis.

“We live in one of the most densely populated states for autism,” he said. “How do you approach someone and make sure that the situation de-escalates?”

Such encounters don’t only affect law enforcement who must defuse a potentially misunderstood situation, but they can have an impact on family members, too. Once when Pat Meade had to forcefully remove his son from a store to interrupt a behavioral outburst, he was pursued by three police officers who had received complaints of a child abduction.

“The perception in public caused a reaction,” he said. “Our advice [to police]is: consult the guardian, parent, or sibling before you grab or talk forcefully or try to move [the person].

Camden County Police Chief J. Scott Thomson described autism training as helping his officers reframe their mentality from being “warriors” to “guardians,” and as developing an awareness of the physical, medical, and psychological conditions that can alter people’s behavior.

“We respond very well-intended, and unfortunately, do not have the proper tools,” Thomson said. “Sometimes that situation ends tragically, and it doesn’t need to.”

As they must make “split-second decisions many times every day,” Thomson said officers are trained “to slow situations down.” The training provided by Bancroft will afford police an additional opportunity to identify a person with autism and “handle it in the least intrusive manner.”

Thanks to the education provided by Bancroft, “We don’t need to be in the position to say, ‘What if?’” Thomson said. He told Pergolin, “Rest assured, your investment will reap tremendous returns.” The strategies that law enforcement can use to de-escalate an encounter with a person with autism can be used by anyone in the community, said Karen Parenti, Bancroft Vice-President of Community Solutions.

Parenti described some of the “idiosyncratic differences” that a person with autism may have: a tendency to repeat words or phrases, rocking back and forth, flapping hands, covering ears to cut off noise, an inability to maintain eye contact.

“Some are nonverbal; others are highly verbal but repetitive,” she said.

Parenti said police were trained in “a fluid group of strategies” to help defuse an encounter.

The most important response, however, is taking “the big 10 to 15 seconds to assess” the situation, Parenti said. People with autism may be having “a momentary meltdown,” and are often able to regather themselves once their stressors pass.

“Autism is a disorder of the brain, and they’re having trouble processing and communicating,” Parenti said. “They’re not being disobedient. They’re struggling to express their needs.”