Trending
You are at:Home»Opinion»Editorial»Remembering Stan Lee

The man behind Marvel Comics gave me the chance to tell my first story as a journalist. 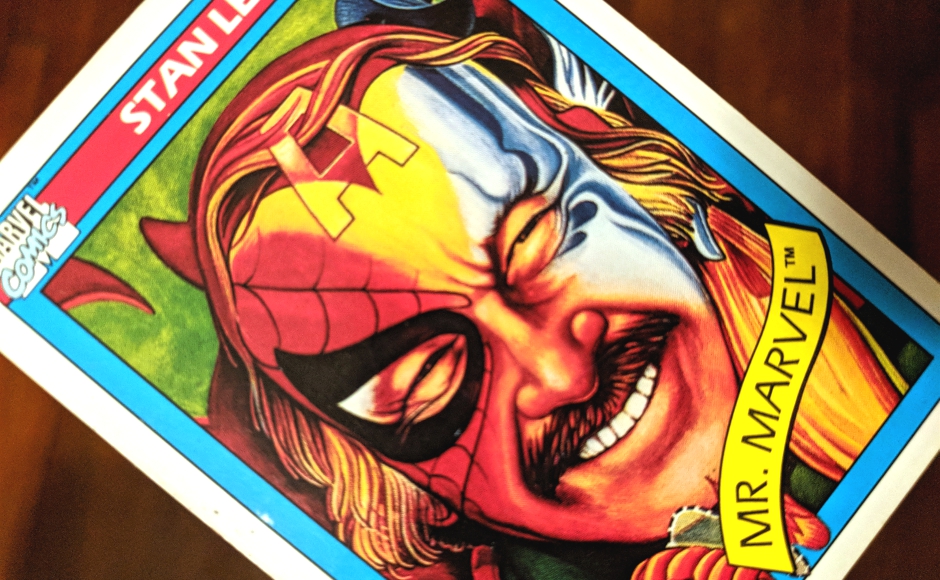 Stan Lee, teller of a thousand tales, master of preposterous pop-art alliteration, and friendly neighborhood writer-man, finally has left us all behind at the age of 95, according to the Hollywood Reporter.

Lee told the stories that shaped my childhood and a million others—but more than anything, he gave me the opportunity to publish my first story as a working journalist.

As a young writer, I wanted to make comic books.

I conceived my own characters, talked friends into drawing them up, and shipped off clunky bundles to editors whom I now realize were way too overworked to be writing me back.

They did anyway, or they took the odd phone call that I snuck past the reception desk with my above-grade-level telephone manners. They were almost always patient in their replies.

In sixth and seventh grade, I didn’t have enough life experience to be a professional storyteller, but I had bucketloads of dumb persistence, which, it turns out, is most of what you need to be a writer.

By 19, I was marginally better at writing comic book scripts, and much better at talking my way into trouble—at least enough to sell Philadelphia Inquirer editor John Timpane on my first idea for a news story.

In the lead-up to the year 2000, Timpane was running a series called “Couples of the Century,” which focused on collaborators who’d made a cultural impact on the past hundred years.

It was the first big yes of my career.

Under the aegis of the Inquirer, I burned up the phone lines tracking down sources. A friendly contact at Wizard magazine came through with Stan’s number—the voicemail in my dorm urged me to “use this knowledge for good, and not for evil”—and another for Kirby’s biographer, former Marvel Comics editor Mark Evanier.

I rigged up my Radio Shack phone-to-tape recorder, and set up the call with California.

From the moment Lee’s unmistakable voice came through the line, I was awed by how nice a guy he was. He answered every silly question I had for an hour-and-a-half, holding my hand through the difficult stuff, and when it was time for him to take his lunch, I thanked him, bursting from the experience.

Then, about 15 minutes later, Lee called me back.

His wife Joan had brought him a sandwich at his desk, and he munched on it happily while talking to me for another 45 minutes. It went a lot like his Kevin Smith-penned cameo in Mallrats, but with far less casual swearing.

Lee was nice, obliging; just plain warm. Everyone daydreams about meeting their favorite famous person and how perfectly it might go if it happened, but this was beyond what I might have ever imagined.

He let me in on what it was like to inhabit The House of Ideas; to cook up the characters and stories that I’d picked through in the public library, bound in thin, hardback volumes.

I treasure those tales and the way they’re told even now as I dole them out to my own child; I see the same wonder and excitement in his coming to know them that I had. But the story that will always mean the most to me is the one Lee told me himself.

My piece made the Inquirer April 5, 1999 edition, under the headline, “Comic-book team set standard that collectors treasure today.” A xeroxed copy hasn’t left my grandmother’s fridge since it saw print 20 years ago.

I had my first byline, my first paycheck, my first experience with the nuts-and-bolts of freelancing. That first “yes” had been bought with a lot of justifiable “no’s.” For a childhood hero to be on the other side of the experience was the biggest affirmation of all.

So thanks, Stan, for holding open that door. Thanks for moving our hearts and minds forward in so many ways. Thanks for being gracious as well as great.

We will miss you so much, but you’ve given us a lifetime of stories and the seeds of lifetimes more. What else could we ask?