Trending
You are at:Home»Government»Ryan Linhart Sworn in as Newest Haddon Twp. Commissioner

After unsuccessfully challenging for a commission seat during last year’s special election, Linhart was brought in to fill the unexpired term vacated by Paul Dougherty ahead of 2019 municipal elections. 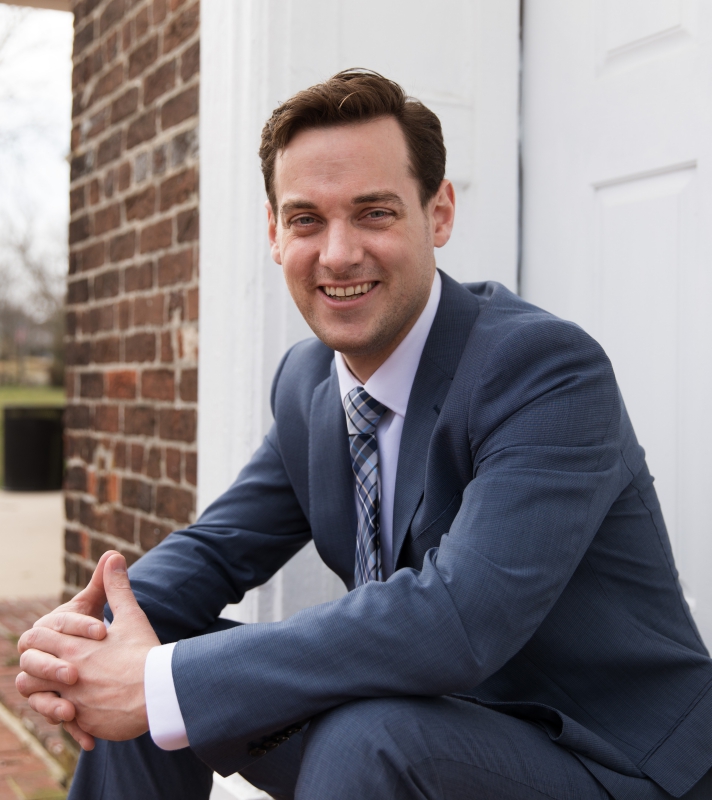 He’s taken an unconventional route to get there, but Ryan Linhart is the newest member of the Haddon Township municipal government.

The 37-year-old was sworn in Tuesday morning in a special meeting, appointed to fulfill the unexpired term of former revenue and finance commissioner Paul Dougherty.

Dougherty was forced to resign his post after pleading guilty to official corruption charges last month.

He was the second township commissioner to have left office before completing the term to which he was elected in 2015.

The first was John Foley, who resigned in February 2017, citing a desire to spend more time with his family.

Foley’s replacement, trial attorney Jim Mulroy, was sworn in less than a week later, just a few days ahead of the registration deadline for the May 2017 local government elections.

Linhart filed a petition at the eleventh hour to challenge the appointment. He didn’t muster the votes necessary to unseat Mulroy, but performed well enough in the brief, eight-week race to show the incumbents that he was capable of sustaining a viable campaign.

Over the summer of 2018, when Dougherty failed to appear at back-to-back government meetings amid a high-profile traffic accident, Linhart reached out to Haddon Township Mayor Randy Teague to say he’d be available to serve if called upon.

“I have a background in finance and budgeting,” Linhart said. “My goal was just to start the conversation and keep it open. I had no idea Paul would be resigning,” he said. 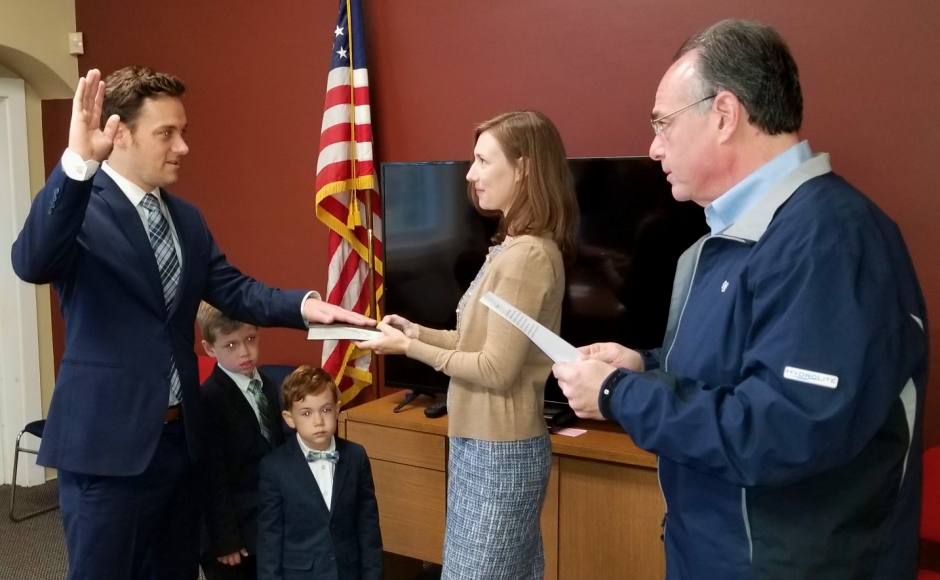 Ryan Linhart is sworn in as Haddon Township Commissioner of Revenue and Finance. Credit: Kate Burns.

After Dougherty stepped down, Linhart said he met with Teague and Mulroy a few times as they considered their options for his replacement.

He was only informed Monday night that he’d be sworn in Tuesday morning.

“Most candidates lose their first election regardless, but to actually be appointed by an election opponent reveals open-mindedness,” he said.

“They could have gone a different way.”

Linhart said the three commissioners share a compatible vision for the governance of Haddon Township.

“We all have the same agenda, which is to serve the town and the residents,” Linhart said. “It’s very much an operational discussion as opposed to a political discussion.”

Teague said he and Mulroy considered “a lot of qualified candidates,” but that Linhart “was the best fit for the team.

“He shares our philosophy for moving the town forward; he has a background in revenue and finance,” the mayor said. “He’ll bring a different perspective, too. I think it will be helpful in our governance of the township.

Teague also said he expects the trio to run together for re-election in the spring of 2019, when their terms expire.

Linhart said his top priority will be preparing next year’s municipal budget. With a short on-ramp, he plans to acclimate himself to the role, “find out what’s going on, and then change things as needed.”

Teague said road and sewer work, economic development, and community events are top priorities for the remainder of his term.

“We need to continue to invest in the infrastructure of our town,” he said.