Jean and Ric Edelman, for whom the school’s planetarium is named, have financially secured the future of the Mantua Township fossil park with the second-largest donation in the history of Rowan University. 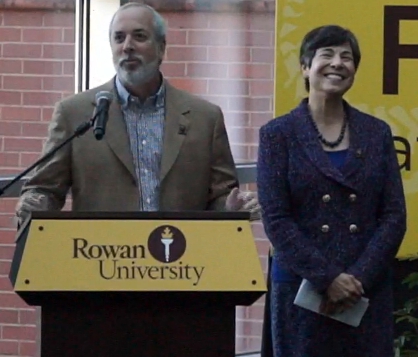 Rowan alums Jean and Ric Edelman credit their alma mater with providing them the opportunities and educational atmosphere upon which their independent financial brokerage was built.

On Monday, the couple repaid the university in kind, pledging a $25 million gift to create a visitor’s center at the 65-acre Rowan fossil park.

The university purchased the former Mantua Township mining site from the Inversand mining company in January.

It’s the second-largest gift in the history of the institution behind only the $100 million given by Henry and Betty Rowan in 1992. The Edelmans have also funded the university planetarium, the largest in South Jersey, to the tune of more than $1.25 million.

“Your generosity will enable this to become a world-class center of discovery for scientists,” said Rowan president Ali Houshmand. “This gift will impact generations of students and scientists, and will reveal a more detailed look at the creatures that inhabited our area 65 million years ago.”

Conceptual plans for The Jean and Ric Edelman Fossil Park at Rowan University would link the dig site to local environmental trails while funding the construction of “a museum and visitor center, laboratory spaces, a nature trail, a paleontology-themed playground, and social spaces,” the school announced. 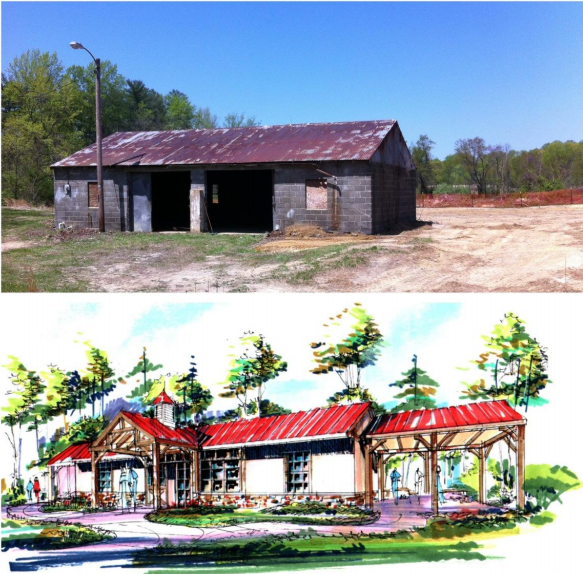 Paleontologist Kenneth Lacovara, who is credited as the founder of the fossil park, said the Edelmans’ gift would mark the university as “a global tourism destination” whereby “generations of scientists will explore Earth’s ancient past” to contextualize their place in the world of today.

Lacovara spoke about the impact of first-hand paleontology experiences in giving children a practical science education that could shape their way of thinking for a lifetime.

“Our goal is to use fossils as the gateway drug to the sciences,” Lacovara said.

“We know there’s an incredible thirst for these hands-on, scientific experiences.”

Lacovara said the site has a waiting list of more than 200 school groups interested in touring the facility, and that 2,000 reservations at its last community dig day filled up in 23 minutes.

“For everyone here, it’s going to become a point of pride that we have this in our community,” Lacovara said.

Jean Edelman, who was the university’s first female student government president, said the “education and the leadership skills” she and her husband learned at Rowan gave the couple “the foundation and the courage to start our company, Edelman Financial Services.”

“This institution is responsible for everything that Jean and I have been able to accomplish,” Ric Edelman said.

“We invite you and encourage you to do the very same thing,” he said.