Complaints from Haddon Heights residents about the capture and relocation of the bird to an animal sanctuary in Mays Landing eventually led to his euthanization at the hands of the state. 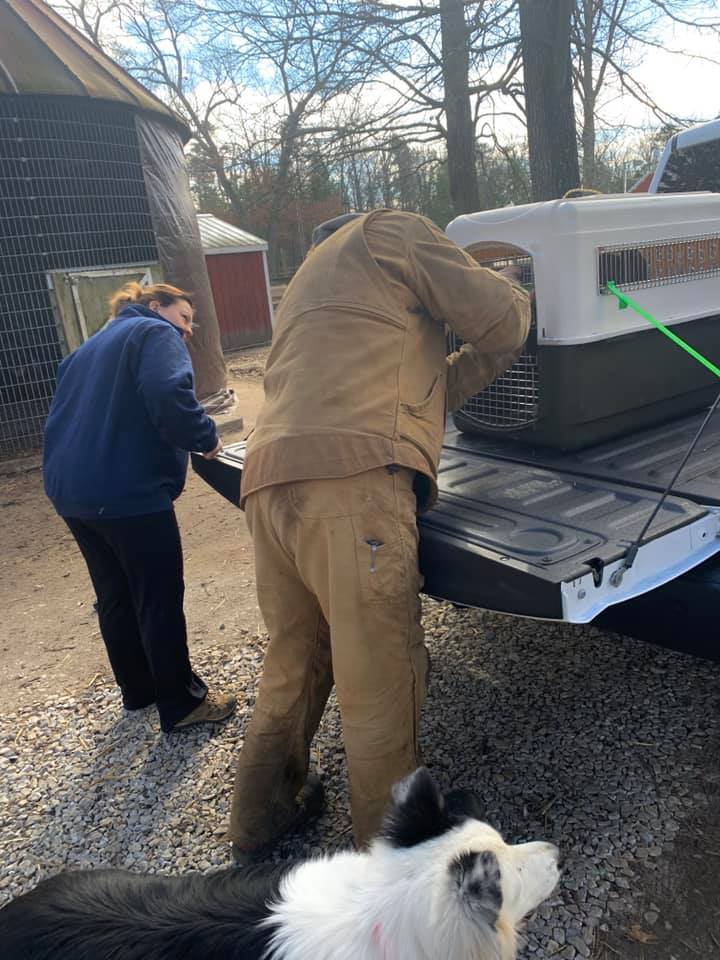 On Sunday, Haddon Heights’ neighborhood mascot, Glenny the turkey, famed for wandering into traffic along the Black Horse Pike and loitering around elementary school crosswalks, seemed headed for greener pastures.

Conservationist Laurie Zaleski, who runs the Funny Farm animal rescue in Mays Landing, had taken residents up on requests to relocate the wild bird, for fear that he would be struck and killed on the highway.

Zaleski coaxed the bird into her arms with the help of a neighbor and some feed, and later that day, temporarily moved Glenny to a pen on her 15-acre property that he shared with chickens.

He was to be released into the wild this weekend as part of “Glenny Day.”

Haddon Heights residents were invited to help send him off.

However on Wednesday, wildlife officers from the New Jersey Department of Environmental Protection (DEP) and U.S. Department of Agriculture (USDA) arrived at her property to seize the turkey.

State statute permits authorized facilities to nurture animals prior to their release into the wild, and Zaleski said she’d cleared her plan to relocate Glenny with the Atlantic County DEP prior to picking him up. But a contingent of Haddon Heights neighbors who felt like the bird belonged to their town balked at the move, and called various state agencies to complain.

Zaleski offered to release Glenny on the spot. The game officers had a different agenda.

“They said, ‘Nobody’s going to see him ever again,’” Zaleski said. “They insinuated that he would be euthanized because he’s too socialized. 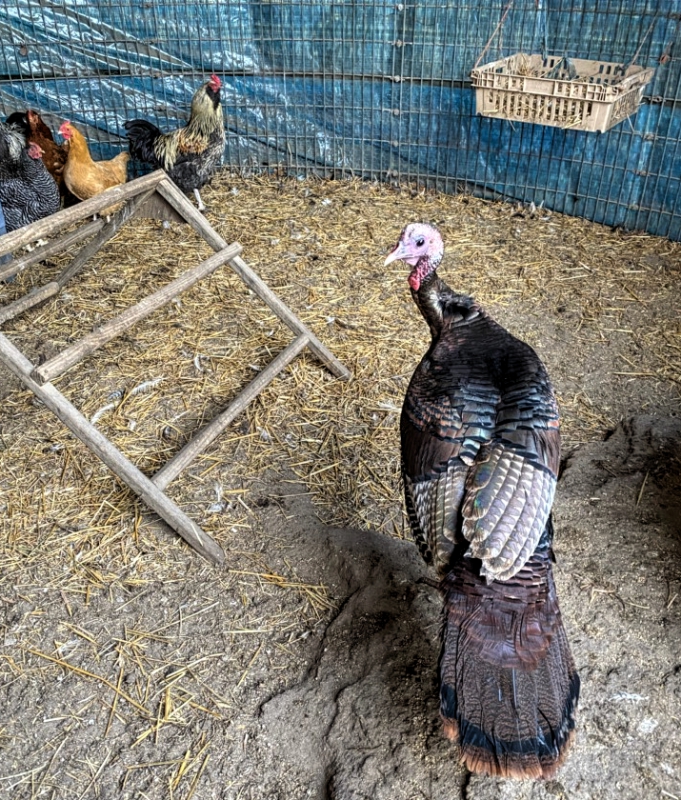 Glenny the turkey at the Funny Farm. Credit: Laurie Zaleski.

“I cried over it,” she said. “I didn’t even get to say goodbye to [Glenny]  because I was at work.

“He was at a safe facility; he was going to be loose,” Zaleski said.

“I think there were hundreds of people that were happy that he was going to be in a safe environment,” she said.

“I’ve never had this happen in all my years of being here.”

In an e-mail Thursday, Tanya Espinosa, spokesperson for the USDA Animal and Plant Health Inspection Service (APHIS), confirmed that Glenny had been destroyed.

Espinosa described the turkey as “a local nuisance,” and faulted Zaleski’s containment procedures as the official reason for the animal’s confiscation:

On January 29, a turkey was removed from the Funny Farm Rescue Animal Sanctuary by USDA and the New Jersey Division of Fish & Wildlife.

The turkey was captured and sent to the Funny Farm Rescue Animal Sanctuary after it was determined to be a local nuisance due to pecking at cars and blocking traffic. In at least one instance the police were called out to divert traffic for public safety.

According to NJDFW, the Funny Farm Rescue Animal Sanctuary is a farm animal rescue center and for domestic farm animals only. The wild turkey was placed with domestic fowl prior to being quarantined for disease.

Based upon protocols specified in a 2019 Wildlife Services agreement between the USDA and NJDFW, the turkey was humanely euthanized since it had been in contact with domestic birds and presented a disease risk to native wildlife.

Haddon Heights Police Chief Michael Scardino said that his department has fielded calls about Glenny since the fall, but that local police didn’t have any jurisdiction to address the issue.

“I called animal control, and they called fish and game, and their answer to us was simple: ‘We don’t handle wildlife,’” Scardino said. “The police department stance is, it’s wildlife.

“I offered my services as far as any organization that was going to remove the bird, but nobody ever came to the police department to tell us they were going to move the bird,” he said. “The Haddon Heights Police Department is basically managing the situation from a sense of traffic safety.”

The chief said officers worked to keep the bird out of the roadway, and advised residents not to feed him. They didn’t make any decision to have Glenny removed from either Haddon Heights or the Funny Farm. He was upset at the notion that the turkey might be destroyed.

“If that animal had been hit out on the pike, the uproar would have been, ‘Why didn’t we do anything to remove it?” Scardino said. “I applaud the residents for trying to do something.” 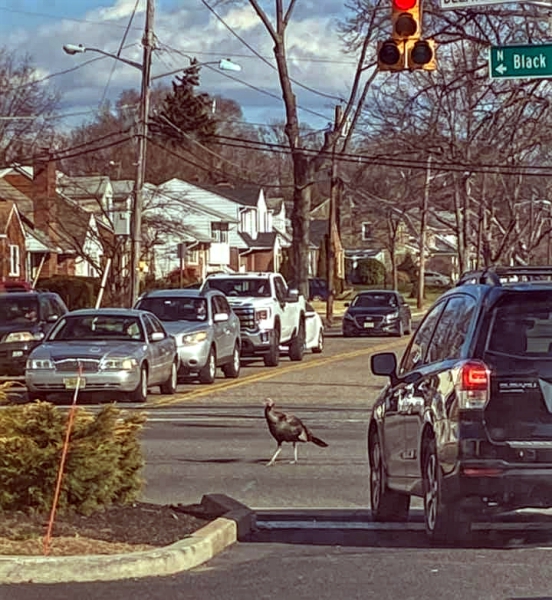 On Thursday, Haddon Heights Councilwoman Asiyah Kurtz said state officials told her they don’t release into the wild any animal that’s been domesticated, as Glenny had been by the residents of Haddon Heights.

“If he were wild and he was not being fed, he would go where the rest of the turkeys go to eat. But he would stay behind, and he was being fed,” she said.

Conservationists’ efforts to get Glenny off the street and into a sanctuary were well-intentioned, Kurtz said.

She didn’t know what to make of those who felt like Glenny’s relocation was theft of community property.

“That’s the danger of anthropomorphizing wild animals,” Kurtz said. “When we’re seeing capturing him and taking him to a sanctuary as an infringement on our personal freedom, I don’t know what you do with that. It’s a turkey.”

“I don’t think there was this diabolical plan to ruin the turkey’s life, I think things just got a little out of whack, as they do on social media,” she said. 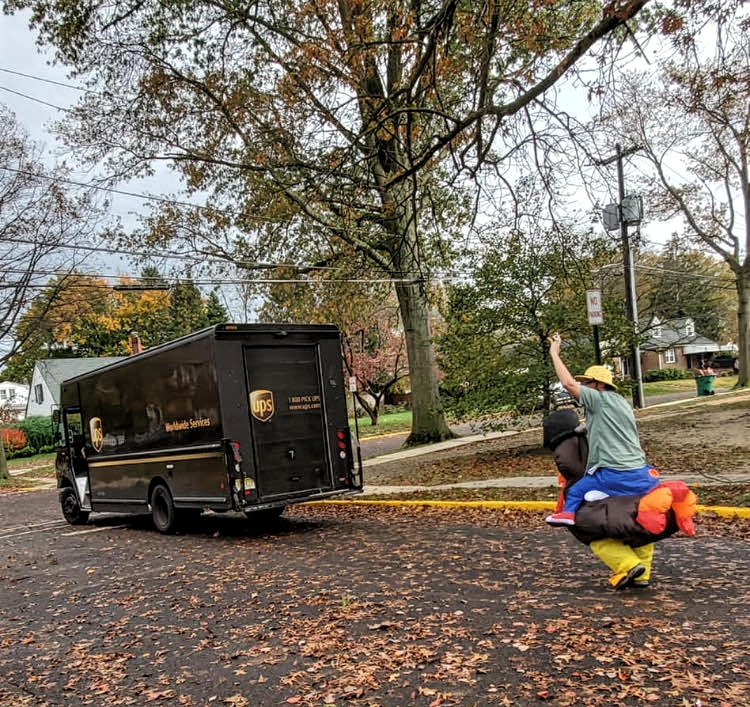 Kurtz said the entire encounter represents a teachable moment for the community.

Amid the pressures of climate change and construction encroaching on wildlife habitats that border communities like Haddon Heights, Glenny’s case is likely to not be an isolated one.

“We’re going to have to respect nature, respect the bounds, and do as much as we can to protect them in a natural environment,” Kurtz said.

“If we could just respect him for who he is, and not try to make a pet of him or a mascot of him, he may still be around here, causing a little trouble, but moving on with the rest of the flock,” she said.

“Maybe not everything needs to be elevated to the status of a social media star. Some things we can just leave be.”