Trending
You are at:Home»Business»American Water to Join Camden Waterfront Development with New HQ 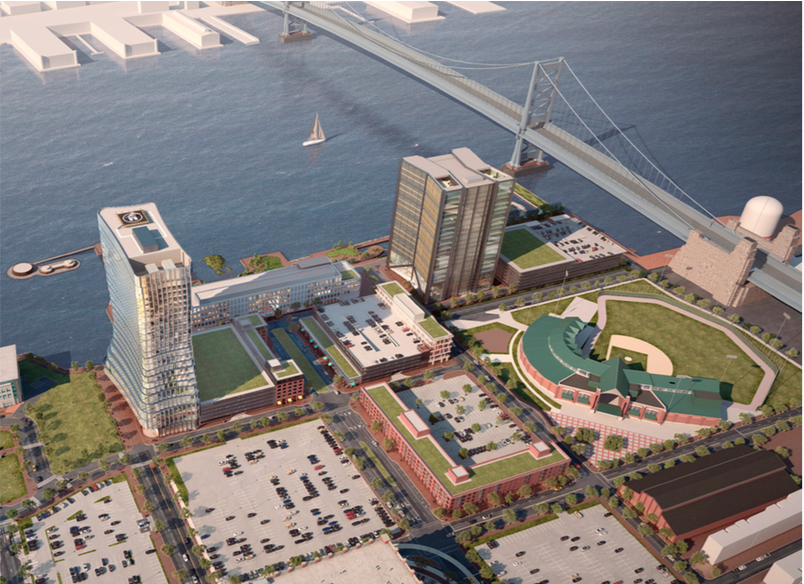 “This is a really exciting day for American Water,” said spokesperson Denise Free.

“We look forward to being part of the revitalization of Camden.”

Free said American Water would bring 600 employees to the 222,376-square-foot building as well as creating another 100 anticipated jobs through the move.

Senior Project Manager Jeremy Kierman described the headquarters project as “the culmination of a lot of work that has been done.” Consolidating American Water’s five corporate offices in Cherry Hill, Mount Laurel, Voorhees, and Haddon Heights is “something we’ve been looking at for a while.”

One Water Street was designed by Robert A.M. Stern Architects; its metal-and-glass structure is expected to achieve LEED Platinum certification while capturing views of the Delaware River and Philadelphia skyline, according to Liberty Property Trust. Construction will begin in the fall and should be completed in late 2018.

The project received the blessing of the NJ Economic Development Authority (EDA) during its monthly board meeting Thursday, and is funded by $164 million in EDA tax credits through the Grow NJ assistance program. Kierman said the tax credits will help to “significantly minimize” the financial impact of the project to American Water customers.

Kierman didn’t offer specifics on any residential community benefit agreements associated with the move, but said that as job opportunities open up within American Water, “we’re going to be especially looking for qualified candidates from Camden.” The company hasn’t yet developed a program for involvement within the city’s school district, but Kierman said one would be forthcoming, as would a Camden-specific internship program.

“We’re doing a lot with the services that we already have in Camden, so there really is a decent amount of involvement,” he said. 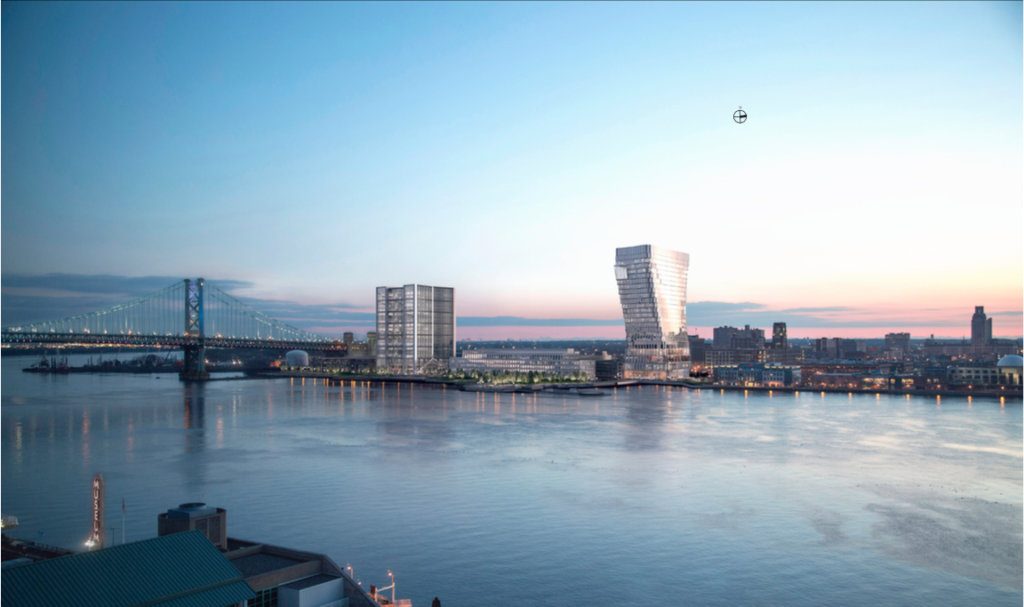 Kierman described Stern’s rendering as “fantastic,” and said the contemporary design of the facility would contribute to talent recruitment efforts at the site.

The idea of “being a water company on the water” is appealing, Kierman said, as is the opportunity of greater access to public transportation than its suburban offices offer.

“We’re setting up a more modern office space that’s going to focus on collaboration,” he said. “That’s going to impact the way our current employees work as teams and affect the way we grow as an organization,” citing the “work, play, and stay mentality” that planners hope will take root in the new development.

American Water President and CEO Susan Story said in a statement that she was proud that “the nation’s largest publicly traded water utility company” would be situated “on the waterfront of a city it proudly serves.

“Liberty’s plans for The Camden Waterfront will be transformative for the city of Camden, and as the provider of water and wastewater services to its residents, we want to be a part of this exciting development,” Story said.

Camden has long struggled with flooding issues as a result of its combined water and sewer system, and Kierman said the company knows residents will expect their utility provider to address that need, especially if it’s headquartered in the downtown business district. 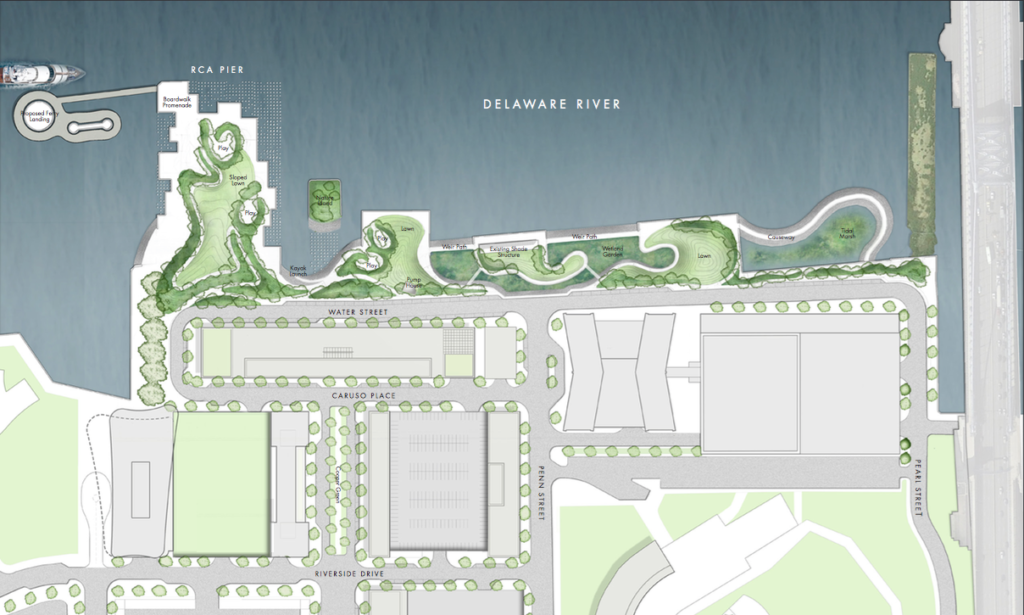 “I think a lot of that’s part of the plan for the redevelopment, to make sure that [those things are] being looked at,” he said.

As another assurance of its commitment to creating a lasting presence in the city, American Water will own, and not lease, the building, Kierman said.

Although the company is the first tenant to commit to the Liberty Property Trust project, he said American Water is excited about joining the existing business community at the water’s edge.

“Our goal is to build a corporate headquarters, and we’re excited to be in there for the long term,” Kierman said. “We are looking at building something that can sustain our growth, and that’s something we’re looking forward to.”