The new service allows first responders to reach residents in emergencies where they may not be able to talk on the phone, and is part of a statewide rollout of the same system Friday. 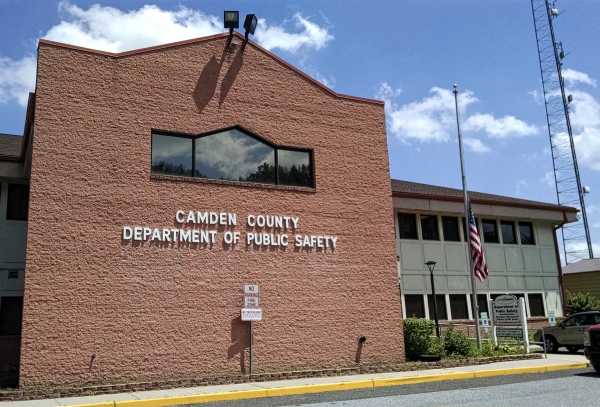 Expanding the range of its emergency response services for residents who are disabled, hearing impaired, or simply in a situation where they cannot safely speak on the phone, Camden County now offers a Text 911 service that officials say will complement its conventional and Swift 911 services.

To access it, residents can simply send a text message to “911” with their location and the nature of their emergency, and a dispatcher will communicate with them and notify emergency responders.

Camden County Freeholder Jonathan L. Young said Text 911 is “the way to go” for residents in an emergency where calling 911 would endanger them. The service has been online since March 13, and despite not having been advertised, has already received 130 calls “out of sheer common sense,” he said.

“Camden County was the first county [in New Jersey to be] online and ready to go with this program,” Young said. “As of Friday, all 21 counties throughout the state will be ready to go.”

Young said the program was funded through federal Next Generation 911 grants and a combined effort with national wireless carriers as part of an “advanced process that’s being used to slowly increase our 911 capacity.”

“If you’re in a situation where you cannot call and you can only text, then Text 911 is the way to go,” Young said. “It’s a great feature.” 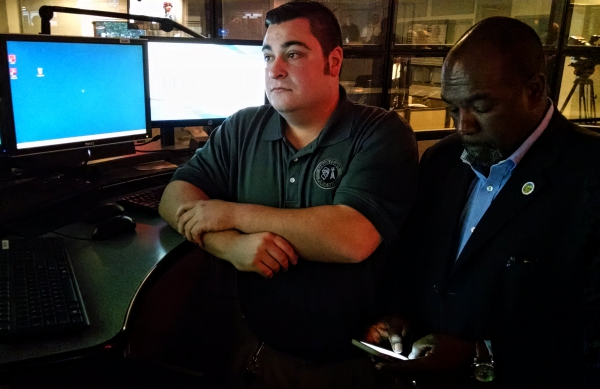 The center provides fire and EMS dispatch services for all 37 towns in the county, and police dispatch for 34 of the 37 municipalities.

Blaker said the county tested the capacity of the system during an active shooter drill in Lindenwold last week.

Embedded “victims” texting from a script were able to communicate with the command headquarters via Text 911, providing a description of the “suspect” and details about their location and condition.

“We were able to take that information and give it to the investigators at the exercise,” Blaker said. “This is going to be particularly useful in the case of a home intruder, if someone’s hiding, or hearing impaired.”

Young said the service is also available for cell phone users who may not have a phone plan but who have the ability to access a Wi-Fi network. 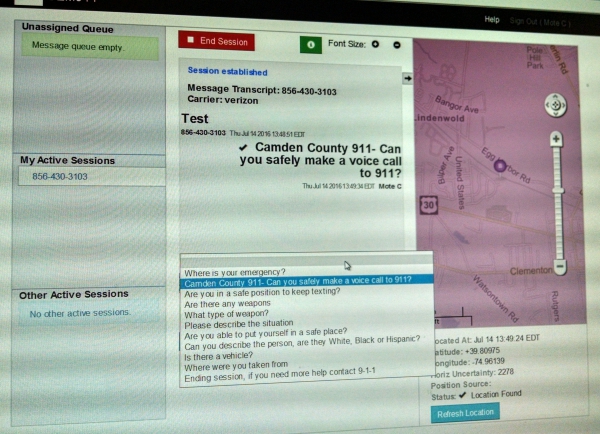 ‘Dial if you can’

Demonstrating the service, Dispatcher Hank Birkenheuer showed how operators can respond to incoming texts by typing or via multiple, pre-programmed, drop-down dialogue options.

When texts are received in a language other than English, dispatchers can translate the information and their responses using web services.

If the text can’t be accepted, a bounceback message will ask him or her to call in.

“It’s a lot easier to speak to somebody than to text somebody, but it’s a great tool because we can talk to people who can’t talk,” Birkenheuer said.

When a text is received, the system populates geographic information that can be copied and pasted into mapping software to help refine the location of the emergency. Unlike landline calls, which are automatically linked with physical addresses in the dispatch system, mobile phone users should communicate essential information first—their location and the nature of their emergency—and then allow dispatch to “update the officers as we tighten the [geographic] circle,” Birkenheuer said. 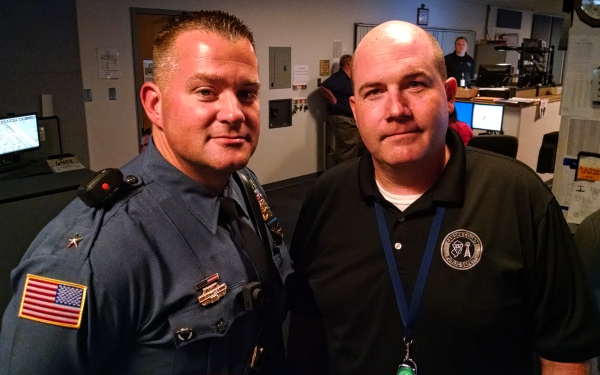 Hoban said the Text 911 technology was spurred by an FCC mandate for wireless carriers, but credited the New Jersey Office of Information Technology for having “picked up the ball and ran with it for the rest of the state.

“We were at the forefront because we were interested in pushing the technology,” he said.

Pine Hill Police Chief Christopher Winters, who also heads the Camden County Police Chiefs Union, called Text 911 “a tremendous tool” for people who “can’t call 911 because of the situation they’re in,” such as a domestic violence incident or home burglary.

Winters also emphasized, however, that dispatchers prefer to take voice calls whenever possible.

“I think it’s going to be an asset to residents throughout the county and the state, [but] I always say it’s key to dial 911 if you can,” he said.