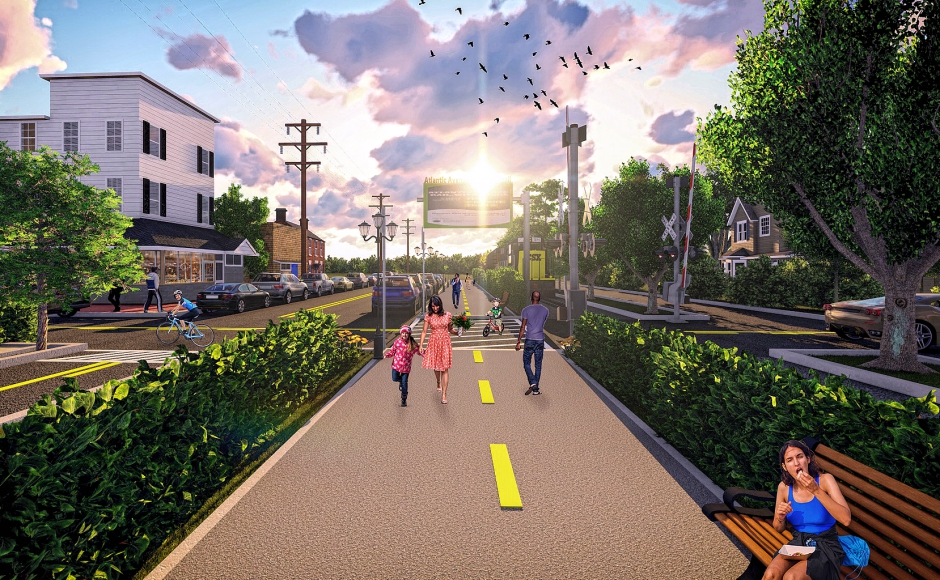 The Atlantic Avenue “Rails with Trails” project is closer to becoming a reality, thanks to county and federal allocations to design and build a one-mile path connecting Merchant Street in Audubon and Station Avenue in Haddon Heights.

Last week, the Delaware Valley Regional Planning Commission (DVRPC) approved $1.2 million in Transportation Alternatives Set-Aside (TA) funds for construction of the trail, which will run parallel to the railroad tracks along East Atlantic Avenue in both towns.

Future plans would extend the trail along West Atlantic Avenue after Station Avenue in Haddon Heights, and then throughout the rest of the county, heading south into Winslow Township.

“The idea is to link all these downtown areas, and then into our green space areas,” said Jack Sworaski, Director of Open Space and Farmland Preservation for Camden County.

The NV5 contract covers the design of a path running from the Ben Franklin Bridge down to the Champion School at the border of Haddon Township and Collingswood, down Atlantic Avenue, and eventually throughout the county, Sworaski said.

“The section in the middle, the missing miles, is the area that’s controlled by Conrail, which runs parallel to the tracks,” Sworaski said. “The idea is we build this, we bring Conrail in, and say, ‘This is what we want to do along the entire corridor.’

“Hopefully they’ll be receptive to that,” he said.

The railroad company has signed off on plans to develop the path on two parcels of land: the mile of East Atlantic Avenue, and another section in Hi-Nella, beyond Somerdale Road. In both instances, the county owned enough property beyond the curbline to skirt the land controlled by Conrail, Sworaski said; in other areas, it may have to purchase land from the railway or seek an easement to continue the project.

Within the next couple weeks, surveyors will begin designing the trail, a project that could take until early 2020 to complete. Once the plan is approved, the DVRPC-issued federal TA funds will be used to build the path.

“Barring any unforeseen events, this will be the first new segment of the Cross Camden County Circuit trail to be built,” Sworaski said.

Extending the trail throughout the county has required building consensus among a diversity of public and private entities and local communities. Sworaski said that talks with public utilities and state agencies have been encouraging thus far.

“The whole idea of trails is catching on, and people understand,” he said. “Some of those barriers have been knocked down in the last several years.” 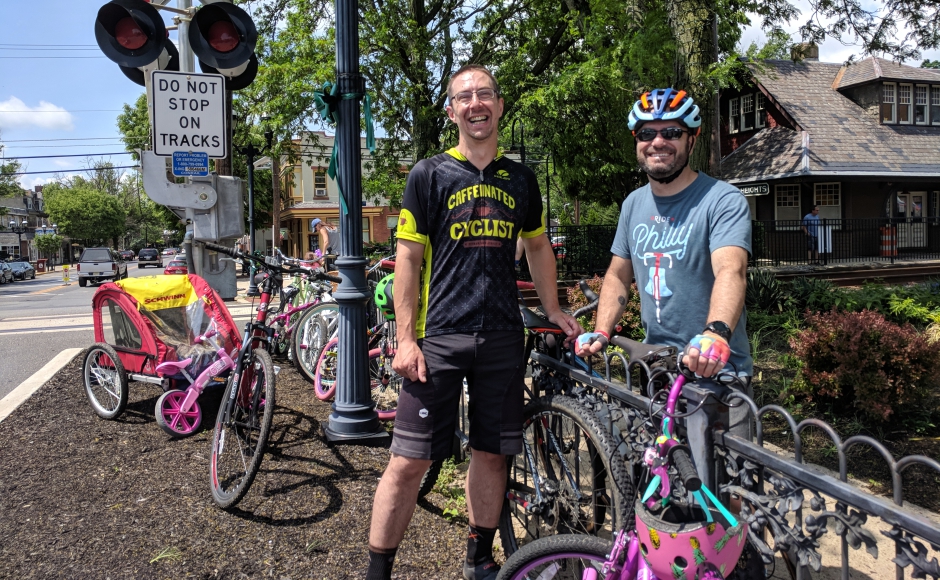 Rob Garrett (left) and Joe Brescia came to ride along Atlantic Avenue at a Rails With Trails pop-up event in 2018. Credit: Matt Skoufalos.

As the proposed trail heads down into Winslow Township, the county has begun preliminary design of a 5-mile trail between Cross-Keys Road and the top of New Brooklyn Park.

The county and federal dollars represent a commitment to helping realize a plan that has required a lot of advocacy to generate, Sworaski said.

He hopes that the project will find more supporters as it goes along, the better to press for its completion.

“We did a study that isn’t just gathering dust on a shelf,” he said. “We’re now putting that study into action.”