Sh’ray Stanley is being held at the Camden County Jail after allegedly setting fire to her apartment on September 23. 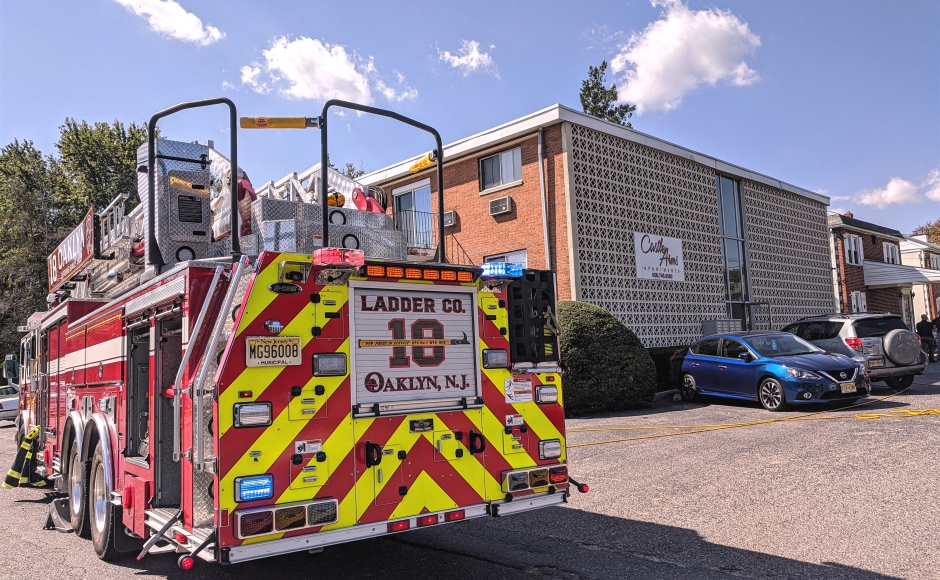 An Audubon woman has been charged with aggravated arson in connection with a fire at her apartment complex.

Sh’ray Stanley, 34, is accused of having intentionally set fire to her unit at the Castle Arms Apartments in the 600 block of the White Horse Pike in Audubon.

Around 1 p.m. September 23, multiple local fire companies responded to the apartment building for a report of a fire on its first floor.

The fire was confined to Stanley’s unit, but the entire complex was evacuated for more than an hour while crews from the Audubon, Haddon Heights, Oaklyn, and Westmont Fire Departments attended the scene.

Audubon Fire Chief Art Johansen said the incident only caused minimal damage, thanks to the efforts of a third-floor resident, who suppressed the flames with a fire extinguisher until first responders arrived.

“Kudos to the guy on the third floor,” Johansen said. “Everyone else was running out, and he was running in.”

That same resident apparently tried to rescue Stanley from the burning apartment, but she refused his assistance, said Audubon Police Chief Thomas Tassi. Stanley was transported to Jefferson Cherry Hill Hospital from the scene, with no obvious injury, he said.

Tassi said that Stanley reportedly suffers from bipolar disorder and had not taken her medication on the day in question. She is being held at the Camden County Jail pending a hearing.

Aggravated arson is a crime of the second degree, and is punishable by a five-to-10-year prison term; those convicted are subject to the No Early Release Act, which means at least 85 percent of the sentence must be served.