Project organizers made their first public pitch to transform the local historic site into a multi-use fine and performing arts venue at the Haddonfield commissioners’ meeting Monday. 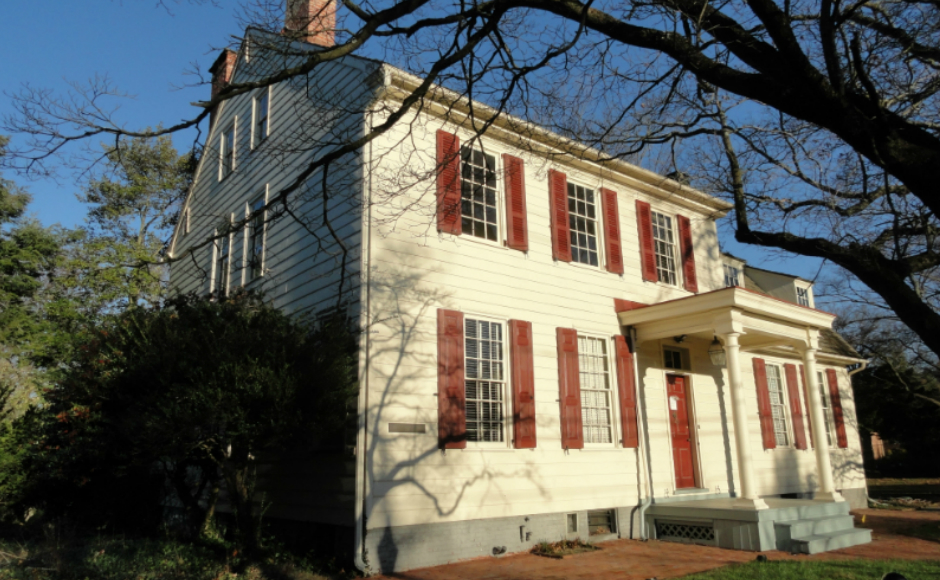 Since going public with a proposal to transform Haddonfield’s historic Boxwood Hall into a combined theater, art gallery, and ballroom dance center, organizers of the Boxwood Arts Theater and Cultural Center project have been gathering momentum for their cause.

On Monday, the group made its first public appeal for permission to redevelop the site, which was purchased by the borough government in 2014 to settle a builder’s remedy lawsuit.

The site would become the new home for several local arts groups, including Haddonfield Plays and Players (HP&P), Dance Haddonfield, and the Markeim Arts Center, and has drawn interest from complementary organizations from throughout the area. These include the Philly Pops Orchestra, Symphony in C of Collingswood, and NeurAbilities, a nonprofit focused on autism and the arts, said HP&P Executive Director David Stavetski.

“We will flow through the community, and the community will flow through Boxwood,” Stavetski said. He described the project as “right-sized for Haddonfield,” creating an auditorium with fewer seats than that at the borough middle school, and capable of hosting a variety of performances, from musicals to dramas to independent films, dance, and a speaker series.

The project “fits perfectly with the Haddonfield brand,” and could serve as “a doorway to Main Street for businesses whose customers serve the same demographics,” Stavetski said. He suggested it could become a setting suitable for meetings and trade shows. 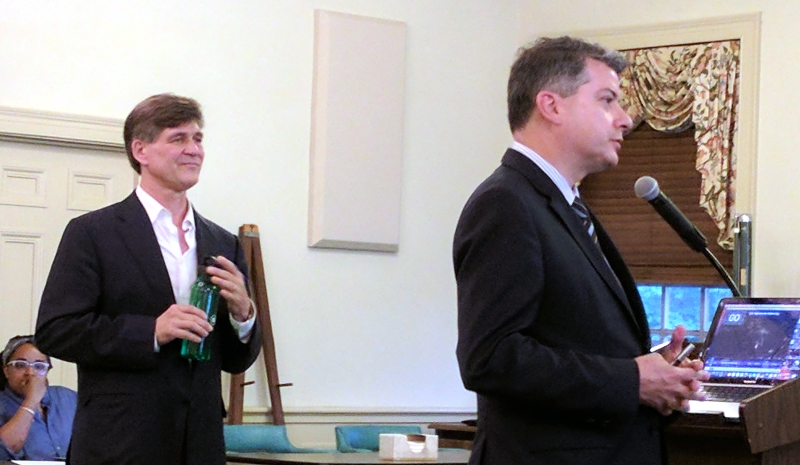 “When communities invest in the arts, arts return that investment in the community,” Stavetski said.

“Our promise to you is that together, with our ever-growing network of supporters, we look to make Haddonfield the destination for arts in south jersey.”

Architect Antonio Fiol-Silva said Boxwood Arts offers “a unique opportunity for a unique site,” and described how his design for the historic property considers its context in relation to the street and the town at large.

“It really is a great arts site,” Fiol-Silva said. “The focus was, ‘How do you make the connections to the really amazing things that are already there?’”

To that end, his design uses the Haddon Avenue frontage to start, and sets the roofline behind Boxwood Hall itself, so the historic building remains the defining characteristic of the site. Its design cues include natural elements like slate and cedar, and will mirror the style of the rest of the neighborhood.

“The building is a series of smaller volumes that are really more consistent with a residential scale,” Fiol-Silva said. The 365-seat amphitheater “feels grand but very intimate at the same time,” and a forecourt for guest drop-offs accommodates visitors, but the property “is not given away to the car,” he said.

Under the proposal, Boxwood Hall itself would become the public gallery of Haddonfield’s Markeim Arts Center, and COO Bob Hochgertel said the organization plans to return it to its original feel. 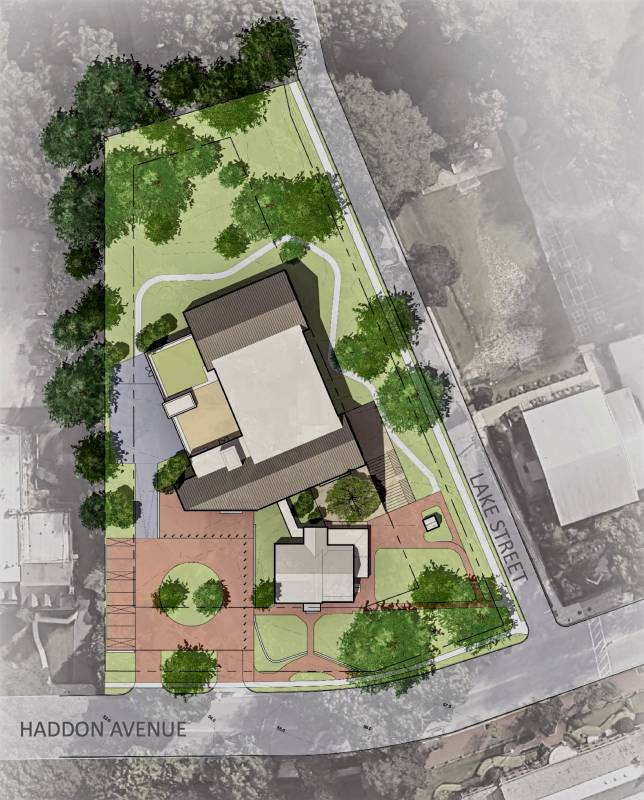 “When that house was the offices for Long and Foster, they actually did away with a lot of the historic character of that house,” Hochgertel said.

“Our plan is to restore the house to its original state and then use it as an art gallery.”

In order to advance their application, however, the Boxwood Arts group needs the permission of the borough government to proceed with its applications to the state Historic Preservation Office.

Stavetski said the board has consulted with historic preservation architects and has secured funding from “a seven-figure donor” to cover the costs associated with the application processes.

“We need your permission since you’re the owner of the site,” Stavetski told the commission, adding that its permission is key to securing additional funding to advance the project.

“A lot of that has to do with control of the site and your approval to let us move forward,” Stavetski said, citing “soft interest” from a variety of funders. “The first question is, ‘Do you control the project?’ If the town will support us, we can say yes.”

Stavetski said he expects that the alternative to the Boxwood proposal is to “subdivide and sell it.” He also said early polling of local organizations, including the 65 Club, Haddonfield Rotary, and Haddonfield Civic Association showed a “very positive” general consensus.

“A lot of people look at Haddonfield and realize that in the future, this is something Haddonfield really needs,” Stavetski said. “It fits a gap in what Haddonfield has to offer.”

Asked to account for the risks of the project, Stavetski said the organizers “wouldn’t build if we didn’t have the money lined up,” and stressed that no local tax dollars would be dedicated to the project. 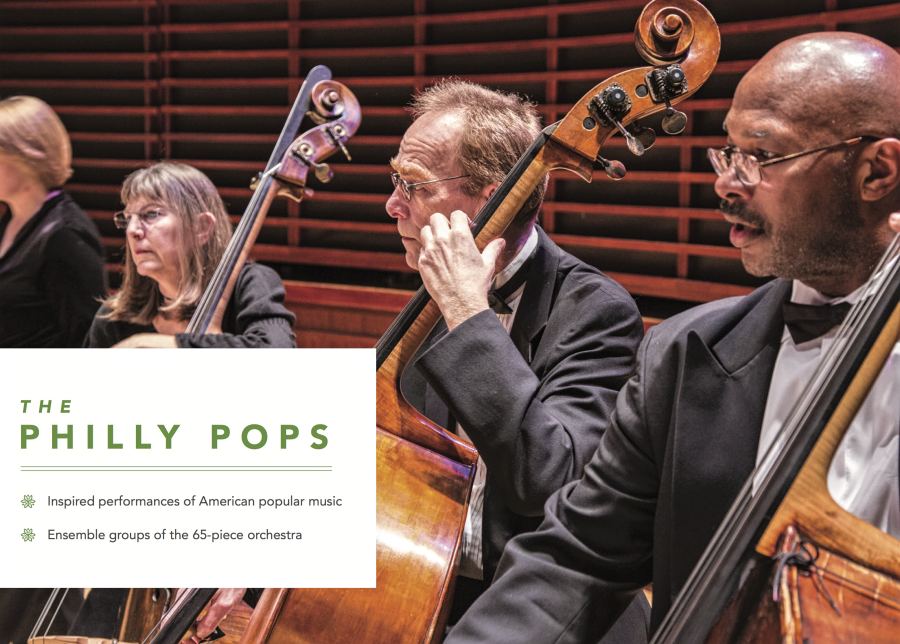 Philly Pops could be one of the prospective performers at a Boxwood Arts theater. Credit: Boxwood Arts.

“We’ve got arts organizations that have been doing this for many, many years,” he said.

“Putting all these heads together, we know how to plan this and how to structure the operation to ensure success.

“This idea of a ballroom with an art gallery and a theater, you can’t find anybody with these things going on.”

Stavetski also offered that the Boxwood Arts center would offer opportunities for youth arts engagement that would infuse a regional draw for the community at large.

Haddonfield Solicitor Mario Iavicoli said he didn’t foresee any legal problems with the idea, but “a lot of hurdles,” including whether the property would be sold or leased, and whether any plans for the site would pass muster with the borough zoning and planning boards.

“They have to accomplish what they want with the boards before it comes to us as to what we’re obligated to do,” Iavicoli said.

Speaking against the project was attorney Richard M. Hluchan of the Marlton firm Hyland Levin. Hluchan, who in 2011 represented developer Bill Burris’ application to construct a 33-unit apartment building on the site, said the arts project was an inappropriate use of the land and faced “insurmountable regulatory hurdles.”

“Boxwood Hall is the most historically significant property in Haddonfield,” Hluchan said. “It’s prohibited under the ordinance. It’s directly contrary to the master plan adopted by this community.

“The residents of the adjacent neighborhood, when they find out about this, they are going to be up in arms,” he said. “This is just not the right site for this intensive use.” 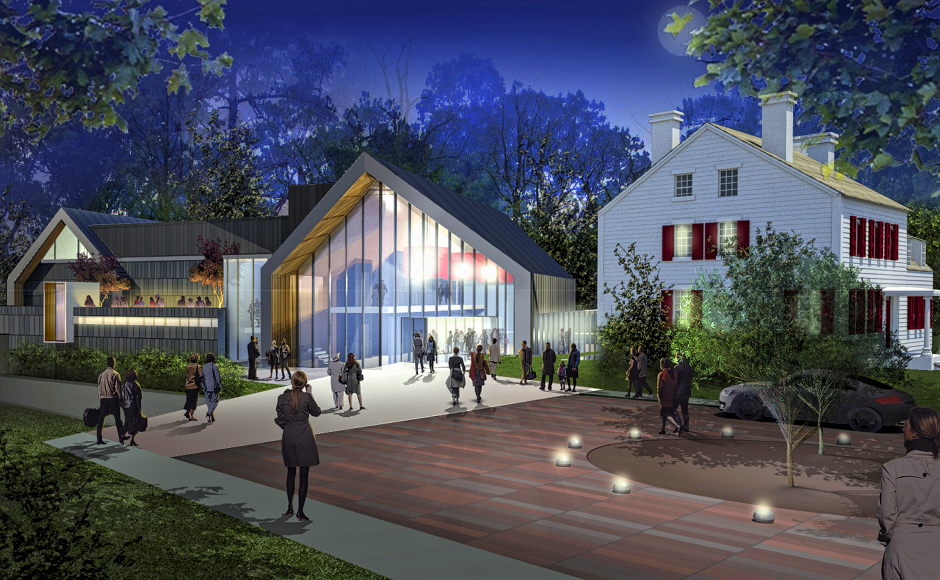 Hluchan maintained that “future development to the site must maintain the residential character of the neighborhood,” and insisted that the commissioners “hold [Boxwood Hall] in trust for us, the residents of Haddonfield.

“We are really the owners of this property,” he said.

“They’re asking for your permission to initiate the regulatory permit process.

“If our own board or the state planning board says no, they’re not going to go out and raise millions of dollars,” Kasko said.

Hluchan said that line of thinking is just “passing the buck to the planning board,” and accused the commissioners of making “a back-room deal.”

“We, the citizens of this town have no idea what kind of arrangement you’re making,” he said.

Iavicoli condemned that accusation and further challenged Hluchan’s argument that the project is impossible to develop, or that an absence of detail around the business plan should derail it.

“If it becomes impossible to develop, there’s no need to get into all that financial analysis and spend an enormous amount of money,” he said. “If they get their approvals [and] we can’t reach a financial agreement, we won’t close with them.” 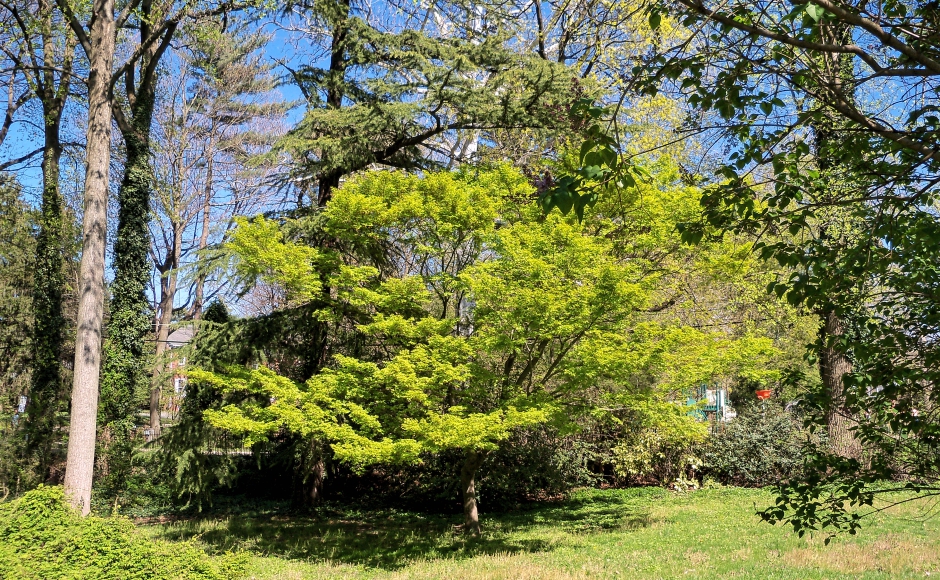 Haddonfield resident Jennifer O’Neill, whose family traces its lineage to John Estaugh Hopkins, the builder of Boxwood Hall, said “those who are directly connected to Boxwood Hall are in favor of [the arts center].

“Preserving this as an art gallery is one of the greatest things and one of the lowest-impact uses for everyone.”

Haddonfield business owner John Picking picked up the thread of Hluchan’s argument, and took it in a different direction. As a borough resident, “I’m an owner of Boxwood too,” Picking reasoned, “and a lot of us owners would like to see the arts center.”