Trending
You are at:Home»Police & Fire»Audubon»BREAKING: No Injuries Reported in Audubon Train Crash

The incident occurred at the intersection of Pine Street and Atlantic Avenue around 7:30 p.m. Monday. 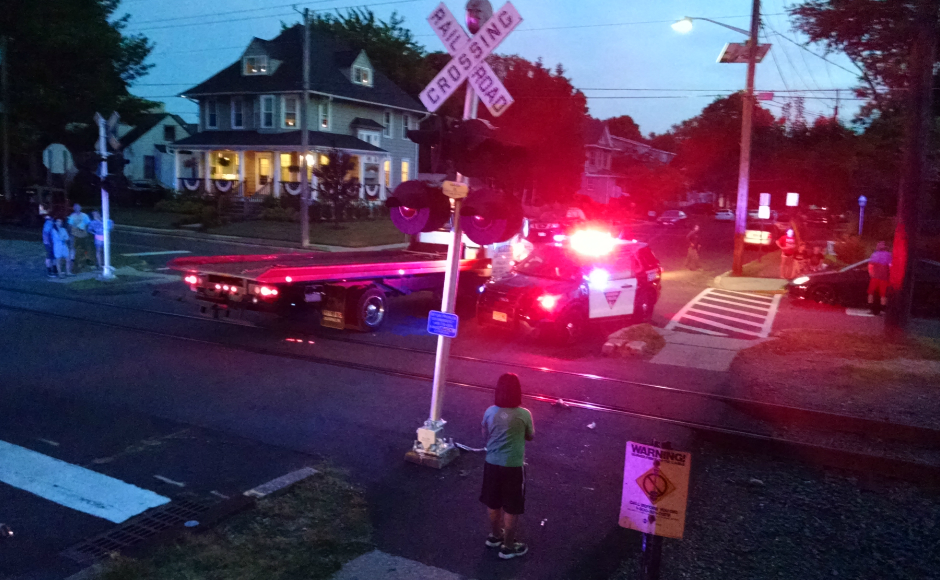 A tow truck prepares to clear the scene of an accident in Audubon. Credit: Matt Skoufalos.

A car was badly damaged but its occupants were apparently unharmed after colliding with a train in Audubon earlier this evening.

The train appeared to be heading westbound; the vehicle may have been traveling south across the train tracks. No official account was available at the scene.

First responders confirmed that no one was transported from the scene due to injury.

Neighbors reported that the train horn was “extra loud” around 7:35 or so. 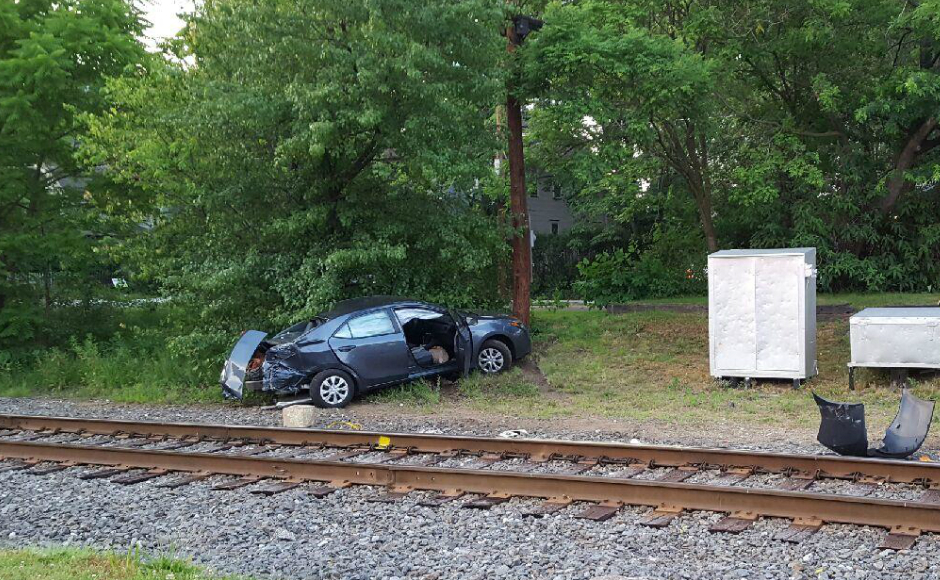 A vehicle after colliding with a train in Audubon. Credit: Matt Kerth.

Conrail did not immediately return a request for comment.