Trending
You are at:Home»People»Bruno’s Pizza to Host Day of Support for Fallen State Trooper June 6

From 3 to 8 p.m. on June 6, all proceeds from a special-price menu will be donated to the family of NJ State Trooper Sean Cullen, who was struck on the highway and later perished from his injuries. 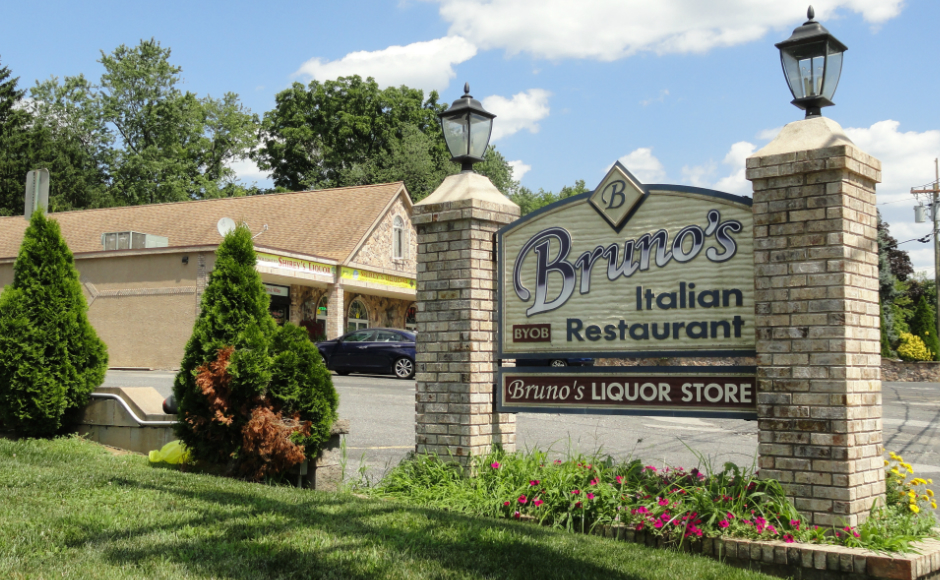 Just a few days after New Jersey State Trooper Sean Cullen died, his commander at the Bellmawr barracks, Lt. Patrick Gallagher, came into Bruno’s restaurant in Haddon Township to get something to eat.

Cullen’s death was by all accounts a tragedy, and one deeply felt. In addition to grieving friends and family, he was survived by his fiancée, Aryn McCormick, and nine-month-old son, Seamus, according to NJ.com.

The 31-year-old had only been with the state police for about 18 months, but it was his dream job, and he was charismatic and well-liked.

“He made everyone smile,” Gallagher said. “He was one of my hardest-working troopers.”

The staff at Bruno’s was shaken, too. The restaurant is popular among law enforcement, and Cullen’s circumstances struck a chord with owner Salvatore Coppola.

“He was like us, an immigrant,” Coppola said. “He came from Ireland; I came from Italy. I have a 13-month-old daughter. We think about how bad life would be if there were to be a tragedy.”

Coppola wanted to do something more beyond offering his condolences. So the restaurant decided to hold a day of support for Cullen’s fiancée and child.

The deal is a pretty sweet one for fans of Bruno’s signature food. From 3 to 8 p.m. Monday, June 6, a 12-inch, wood-fired, margherita pizza, Italian hoagie, or plain cheesesteak—limit of one each per customer—are just $3 apiece, with all proceeds going to the Cullen family. The prices are intentionally low in the hopes that patrons will be inspired to give a few dollars to the family as well, Coppola said.

“Anywhere you go, you know a sandwich is not $3,” he said. “If you’re going to come in and just spend $3, you’re just coming in for the sale. We’re collecting donations in addition.” 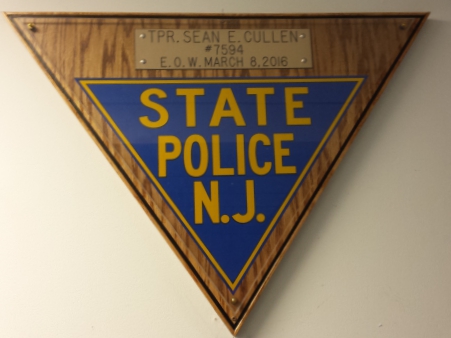 At the Bellmawr barracks, a plaque in Cullen’s memory is the first thing visible to those who enter the station, right by the front door.

For Gallagher, who had a personal as well as a professional relationship with the Cullen family, it’s a fitting tribute.

“There’s not a day that goes by that I don’t wake up and think about him,” the commander said. “I can’t even fathom how the family is dealing with that.”

The majority of New Jersey state troopers killed in the line of duty have either been struck by vehicles or fatally injured in vehicle accidents, Gallagher said. Drivers who aren’t paying attention to the road, who gawk at highway accidents from across the median, or who fail to slow down when they observe emergency lights contribute to those risks.

As difficult as it has been for the barracks to process the loss of their comrade, Gallagher said the troopers are more concerned with helping Cullen’s family get by in his absence. The community response is greatly appreciated, he said.

“It’s a difficult situation, but any type of support that the community gives, even just moral support, shows the family that Sean’s going to live on,” Gallagher said. “That’s what we need to be there for.”

Coppola said he hopes to make the first Monday in June an annual day of support for future causes as well.

Bruno’s restaurant is located at 509 Hopkins Road in Haddonfield. Pre-orders for the Day of Support for Trooper Cullen are being accepted at 856-428-9505.