After a two-day search, Victor Bennett, 21, of Camden, was arrested Friday for the attempted murder of Camden County Metro Officer Prince Reed. 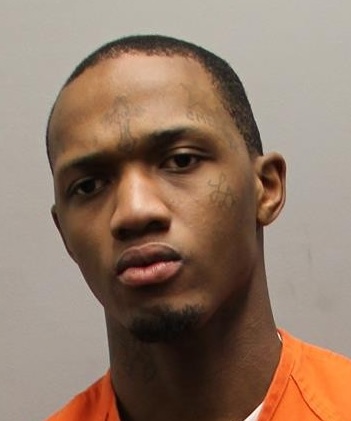 A Camden City man wanted for the attempted murder of a Camden Metro Division police officer was apprehended Friday afternoon in Collingswood.

Twenty-one-year-old Victor Bennett was cornered at a property in the 200 block of Haddon Avenue by U.S. marshals and members of the Camden County Police Department after a two-day manhunt.

According to an account published by the county police, Bennett “jumped fences and ran through backyards” for three blocks before he was seen “trying to hide in a backyard shed.”

Bennett was allegedly carrying a loaded, semi-automatic, 9mm Sig Sauer handgun at the time of his arrest. He has been previously convicted on weapons charges.

The incident in connection with which Bennett was sought occurred around 11:30 p.m. Wednesday night, when he allegedly fired upon a vehicle being operated by Camden County Metro Officer Prince Reed.

According to the department, Reed was struck in the arm, and then continued to search for his assailants before seeking treatment for his own wounds.

“There’s been problems with that corner”

One Ardmore Terrace resident said she was sitting in front of her home around 2 p.m. Friday, when she saw “a car with a bunch of guys” pull up to a house on the corner. She didn’t register it as an uncommon occurrence.

“They always drive down here,” she said. “There’s been problems with that corner the last couple of years.”

Not more than an hour afterward, the block was swarmed with police officers in tactical gear,according to another neighbor on Haddon Avenue. 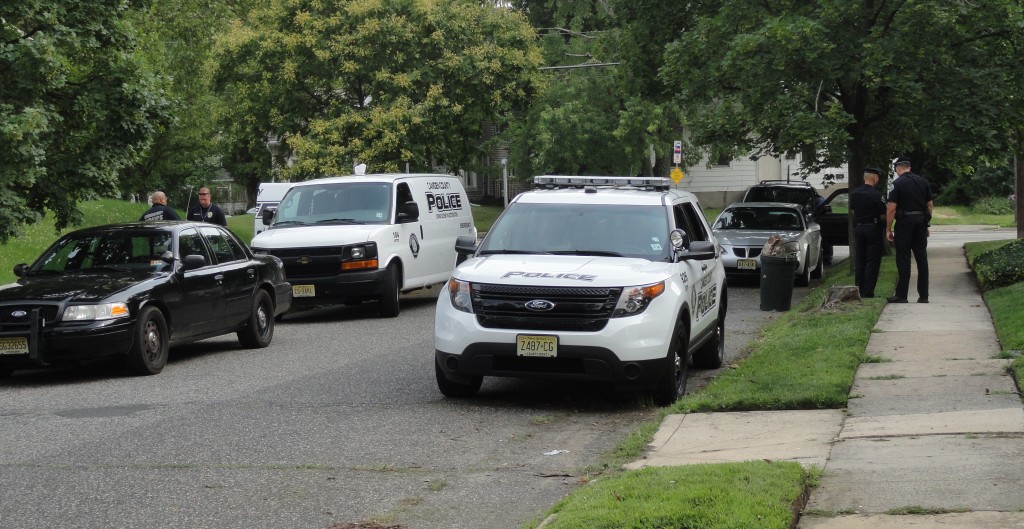 “All I saw was Camden County cops there and a couple of plainclothes people,” the neighbor said. “It looked like a raid.”

Both residents concurred: the multi-family house in the 200 block of Haddon Avenue has seen its share of unpleasantness in recent years.

“Before [the current tenants]moved in, some other dude got shot on that corner,” one neighbor said, referring to a 2011 incident (recapped here via Philly.com).

“They had cops there for a couple weeks after that,” he said.

Both neighbors also agreed that the area is generally quiet, “except for that house.”

“There’s a lot of people moving out of this neighborhood,” one said. “They all put their homes up.”

As if to underscore the point, a third resident, who declined to comment, was loading up a U-Haul on the block while investigators wrapped up their work at the scene.