The total number of cases in the county climbed to 3,108 and 127 related fatalities. The two most recently deceased are a Clementon man and a Camden City man. 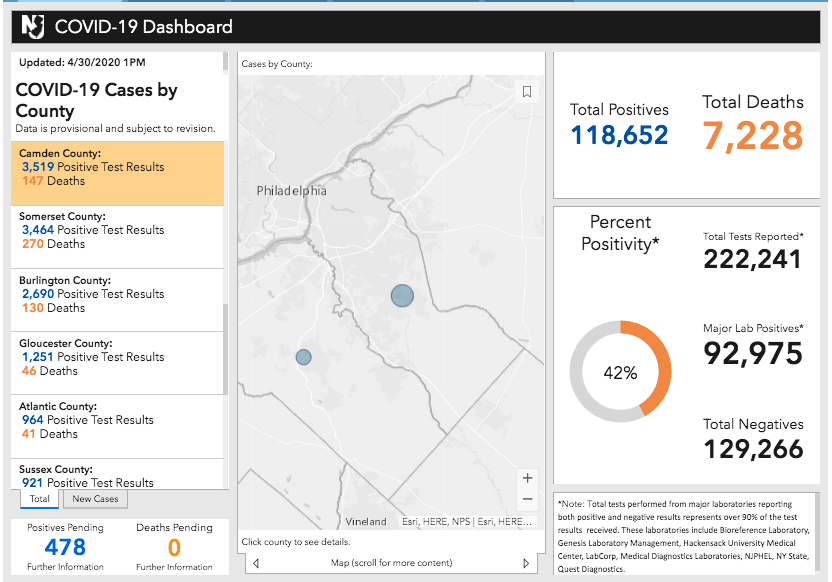 Sadly, two more residents passed from complications related to the virus—a Camden City man in his 70s and a Clementon man in his 60s—bringing the local death toll to 127.

Across the state, 460 more New Jerseyans lost their lives to COVID-19-related symptoms, bringing the total number of lives lost in the pandemic to 7,228, Governor Phil Murphy said Thursday.

“We are continuing to rapidly expand testing access throughout the county and are determined to break the back of this virus once and for all, so that we can end this period of extreme social distancing,” Freeholder-Director Lou Cappelli said in a statement.

“We are incredibly thankful for the sacrifices made by all Camden County residents, and especially those made by our front line workers and first responders,” Cappelli said.

The local cases from April 29 are:

The local cases from April 30 are: