Whether through a combination of additional revenues, federal borrowing, or cutting expenses, New Jersey needs as much as $20 to $30 billion in operating dollars, the governor says. 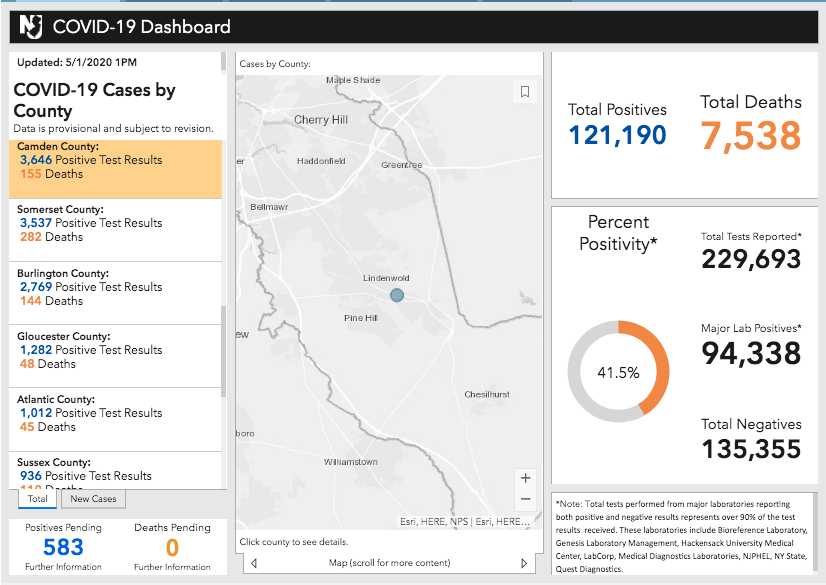 Sadly, 311 more residents perished from complications related to the virus, bringing the statewide death toll to 7,538 lives lost during the pandemic.

Throughout New Jersey, 5,972 people were hospitalized with a case of COVID-19, or while awaiting confirmation of their symptoms.

In the past 24 hours, hospitals admitted 532 new patients and discharged 571 others, either to a lower-acuity care setting or to their homes. Forty-six patients are presently receiving care at one of the state’s field medical stations, which have served 380 people in total.

Of 696 veterans residing in a state-run home, 327 residents have tested positive for the virus, as have 161 of 1,257 patients at state-run psychiatric facilities, where nine people have died. 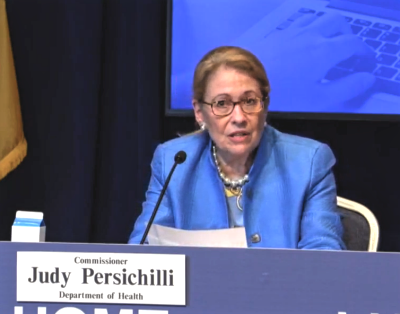 Persichilli said New Jersey will roll out COVID-19 testing in about 30 additional LTCs in the next week in collaboration with health systems.

COVID-19 cases in North and Central Jersey are trending downward, but continue to climb in South Jersey, in part due to expanded testing, Murphy said.

Recovering from ‘a punch in the face’

The governor also offered a breakdown of New Jersey’s fiscal needs going forward as a result of the pandemic. Murphy described the state’s financial position as being in “a hole of $20 to 30 billion” from increased expenses, foregone revenues, or a combination of both.

Until the state economy can be safely reopened, a few options remain, Murphy said. The first remains a loosening of the restrictions around the CARES Act stimulus funds, of which New Jersey has received some $3.4 billion for its state and county governments. The governor said additional guidance on that front can be expected early next week.

The second is the potential of a second round of federal recovery funds to infuse direct cash assistance to states; the third is a municipal bond program by which Murphy has previously said New Jersey could potentially secure as much as $9 billion.

The governor stressed that these funds are needed for operational purposes and not for addressing any prior debt obligations. Murphy cited back-to-back budgets of “record pension payments,” surplus allocations to the state “rainy day fund,” and paying down of its debts as evidence of efforts to right the financial ship of state.

Leaning on one of his favorite quotes from Mike Tyson—“Everybody has a plan until they get punched in the mouth”—the governor said New Jersey needs help recovering from that face-punch.

“The alternative is an awful result, not just for New Jersey, but for America,” Murphy said, which could include layoffs of public-sector workers like police, fire, EMS, teachers, and public works staffers.

“We don’t need the money for the legacy issues, but for the here-and-now,” he said. 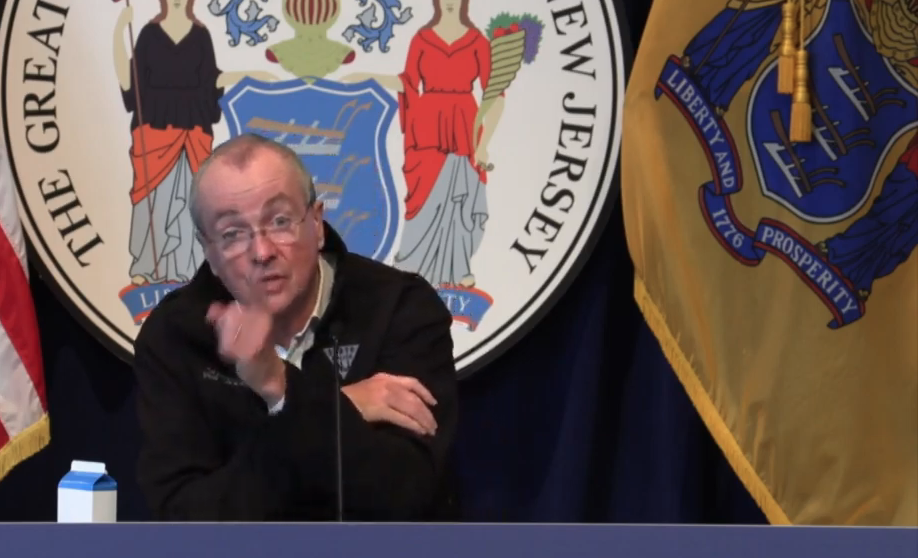 The governor said that weddings may be witnessed via video conferencing, and that in-person ceremonies may be held subject to social distancing guidance.

Similarly, working papers for minors, which normally require the signatures of school officials, are modified given the closure of physical campuses.

Murphy said he’d hope to issue an update on “what the balance of this school year looks like” on Monday, May 4. At issue is whether districts will continue to offer remote instruction or allow students to return to physical classrooms.

Finally, the governor pleaded with residents to do whatever they’re able to limit the spread of COVID-19 by their own behavior, including social distancing, mask-wearing in public, and staying at home, particularly amid this weekend’s reopening of state parks.

“Data determines dates,” Murphy said. “If we do well together, then we can most likely take other steps sooner than later, so let’s do this together, folks.”

With the exception of Island Beach State Park, Murphy also said that the reopening of beaches is a local decision for each municipality to pursue. Access to them cannot legally be restricted to residents alone.