Trending
You are at:Home»Government»Camden County Recycling Contract Tested in Court Amid Summer of Rejected Truckloads

Months after bidding on a 35-town recycling contract, ReCommunity was sold to Republic Services. The company has rejected truckloads of materials this summer while attempting to renegotiate its fees. 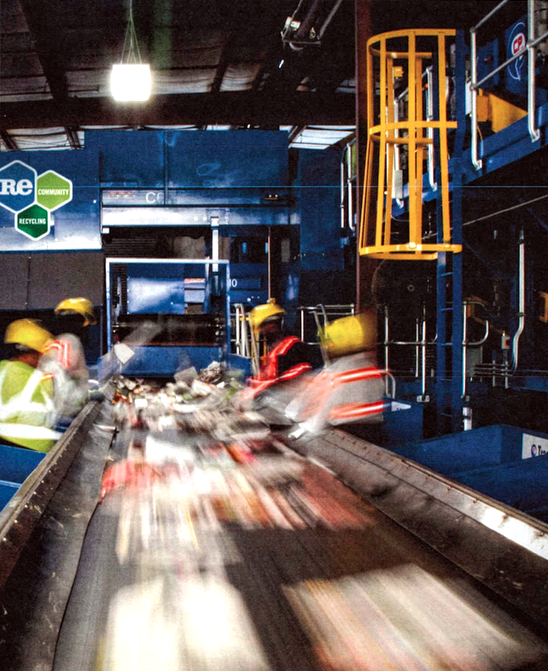 Camden County prides itself on being a leader in recycling.

In 1985, it was the first county government in New Jersey to mandate recycling, two years before a similar statewide law was enacted.

The county government was also an early adopter of single-stream recycling, a combined collection system that gathers papers, plastics, and metals in a single pass, rather than sending separate trucks out for different materials.

In addition to diverting reusable products from landfills, that groundwork laid a foundation for volumes that, in years past, have paid dividends for collection services.

Historically, the value of that tonnage lay in Asian secondary markets that have since begun to reject it. In an analysis of China’s new import policies, which set strict contamination limits upon any recyclable materials, industry watcher Waste Dive reported that “many service providers have taken this as an opportunity to reset pricing conditions, and local governments are struggling to adapt to this new reality.”

Those market conditions seem to be at play in Camden County this summer, as a changeover at recycling facility FCR Camden has resulted in truckloads of rejected municipal materials, while the company’s new owners seek to renegotiate the fees for their services.

FCR Camden had been operated by the Charlotte, North Carolina-based ReCommunity, a multi-state agency that billed itself as “the largest pure-play recycler in the U.S.” In August 2017, ReCommunity was bought by Republic Services of Phoenix, Arizona, which bills itself as the second-largest non-hazardous waste collection company in the country, by revenue.

The sale came just a few months after ReCommunity had entered into a joint purchasing agreement with Camden County to process the recyclables from 35 of its 37 towns (only Voorhees and Winslow do not participate in the contract).

Under terms of the deal with ReCommunity, which is a revenue-sharing agreement, the maximum cost to the county per ton of recyclable materials is $5. When the average commodity revenue exceeds a $70-per-ton threshold, the county is entitled to a rebate for 70 percent of the difference.

More recently, however, Republic Services has begun rejecting truckloads of what it deems to be contaminated recyclables, diverting them into the more-expensive-to-process waste stream.

Beginning in August 2019, the company is charging $250, plus an additional 15 percent for transportation and disposal, of any load with a more-than 8-percent contamination rate.

If Republic Services disposes of these loads itself onsite, the county or its member municipalities must pay a $75-per-ton surcharge, a 1400-percent increase over the terms of the deal.

If three or more loads from the same town are rejected within 60 days, the company reserves the right to reject future loads “until it is satisfied” that they’re less than 8-percent contaminated.

Republic Services has simultaneously appealed to the county government to “change the compensation level” of the prior agreement “based on changes in the marketplace,” Keashen said.

“We’re saying they need to honor the contract that the predecessor manager of the facility signed with the county,” he said. “The stipulations are very clear; it’s transparent and the contract is sound.”

The issue is presently being litigated in Superior Court, where Camden County is seeking a declaratory judgment in its favor. (Waste Dive has more on the suit and copies of the filings from both parties.)

Republic Services provided a copy of its court documents, but declined to answer specific questions about the case from NJ Pen. The company claims it has tried unsuccessfully, since February 2018, “to work with the County and its municipalities to reduce the levels of contamination in their recycling loads, and to otherwise partner with them to adapt to the changed [economic]  environment.”

In its filing, the company states that it “is simply offering the County and its municipalities an additional service for rejected loads, and will only invoice those municipalities that request that service and agree in writing to pay for it.”

“FCR has strived to address a difficult situation caused by the changes in the global recycling market, and to do so in a deliberate and measured manner that is consistent with its legal responsibilities,” the company noted in its response to the county lawsuit.

“Its initial approach was to work to educate the County and the participating municipalities as to the new realities in the recycling market, and to attempt to work cooperatively towards a reasonable accommodation.” 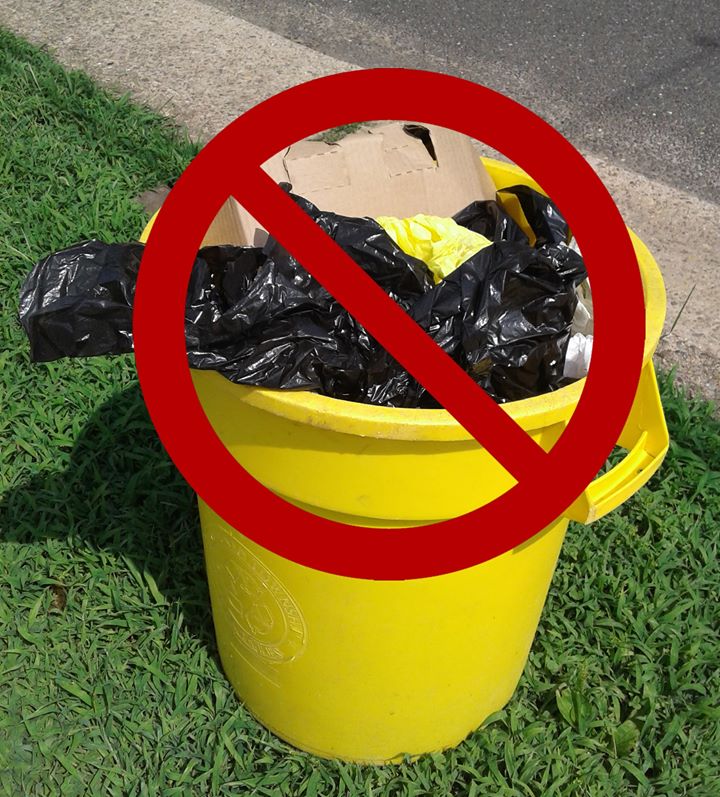 “Everybody’s been in a routine and they need to change it overnight.”

In the meantime, most Camden County communities are working to re-educate residents about how to limit the amount of recyclables that are rejected increasingly at the FCR site.

The most widespread concern seems to be with residents who bag their recyclables the same way they bag their trash.

Those plastic bags contaminate the recycling loads, resulting in truckloads being refused at the plant.

When recycling loads are diverted into the waste stream, the cost for their disposal skyrockets.

The financial impact of their disposal can throw municipal budgets into a tailspin, said Collingswood Mayor Jim Maley, whose community is part of the group purchasing agreement.

“Our budget is fixed for the year with expectations of cost,” Maley said. “When you start throwing the other costs into it, you’re pulling out of your surplus. If it gets bad, you have an emergency appropriation for it, and you start stepping up enforcement.”

Increased enforcement isn’t necessarily preferred either, Maley said, because it diverts public works staff away from other jobs. The alternative is for sanitation workers to refuse to collect recycling loads they believe would be rejected, and that rankles homeowners who don’t understand why their recycling hasn’t been taken away.

Ultimately, any relief must come from changes in human behavior, which Maley likened to turning a cargo vessel: no matter how hard you yank the wheel, any course correction takes time.

“It means changing how we’ve been doing things,” the mayor said. “Everybody’s been in a routine and they need to change it overnight.” 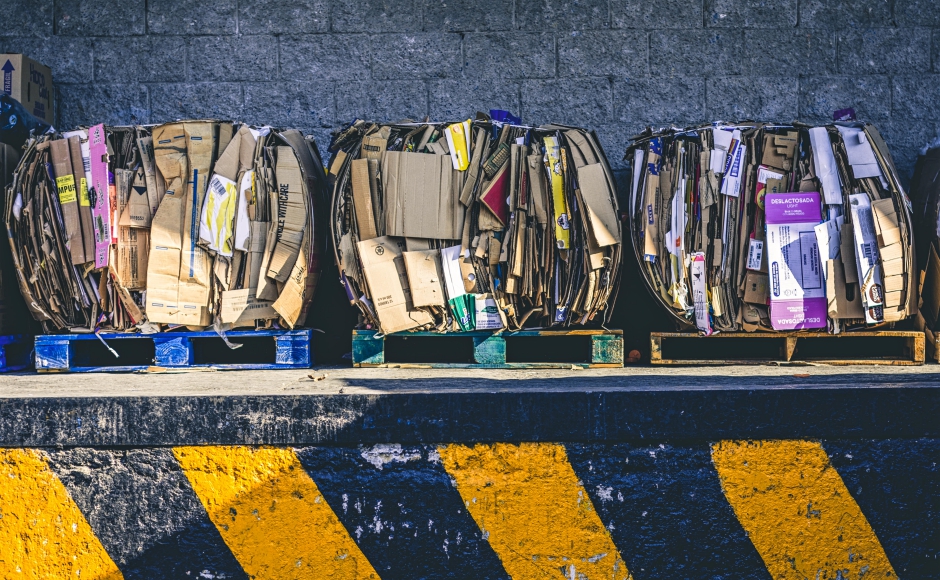 Starting in August, the department worked backwards from its rejected loads to identify those blocks with the highest rates of contaminated recyclables.

Ahead of the next collection date, a sanitation inspector previewed the route, tagged cans that would have been rejected at the facility, and left a letter with the property owners.

No fines have been issued for loads left uncollected.

Once again, the primary culprit has been recyclables stashed in plastic bags, Scavuzzo said. But since implementing its overview process, he estimated the percentage of contamination in recycling loads collected has fallen 5 to 7 percent per week.

“Pennsauken’s approach is to get everything that’s in our recycling bucket in there,” Scavuzzo said. “If we keep that drop every week, I’m thinking by the end of September, we’ll be at that 8-percent level with a little maintenance.

“It’s better for the environment, and will make it easier for the plant to operate and recycle our material,” he said.

Even as Pennsauken works to approach its compliance level, Scavuzzo said he believes FCR could achieve the same de-contamination effect by staffing an employee to tear open bagged recyclables instead of pushing the burden back on the communities.

“Most of the material they’re sending to the plant is good stuff, it’s just getting there in a plastic bag,” he said. “They’re taking the whole bag and throwing it in the trash pile. They’re looking at that bag in the wrong manner. The stuff inside the bags, 99-percent of it is perfectly fine.”

Part of the broader challenge involves educating county residents about which materials are accepted by Republic Services and which aren’t. (The company offers a location-based guidance document, but as of press time, the list of acceptable/unacceptable materials for Camden County addresses is blank.)

Camden County offers its own single-stream recycling information here, and also recommends residents download the Recycle Coach app. The software contains collection schedules based on address, a list of accepted materials, and a database for looking up a variety of items to determine their suitability for recycling.