A new online resource for Camden County families and service agencies is intended to help connect people with the organizations charged with uplifting them. 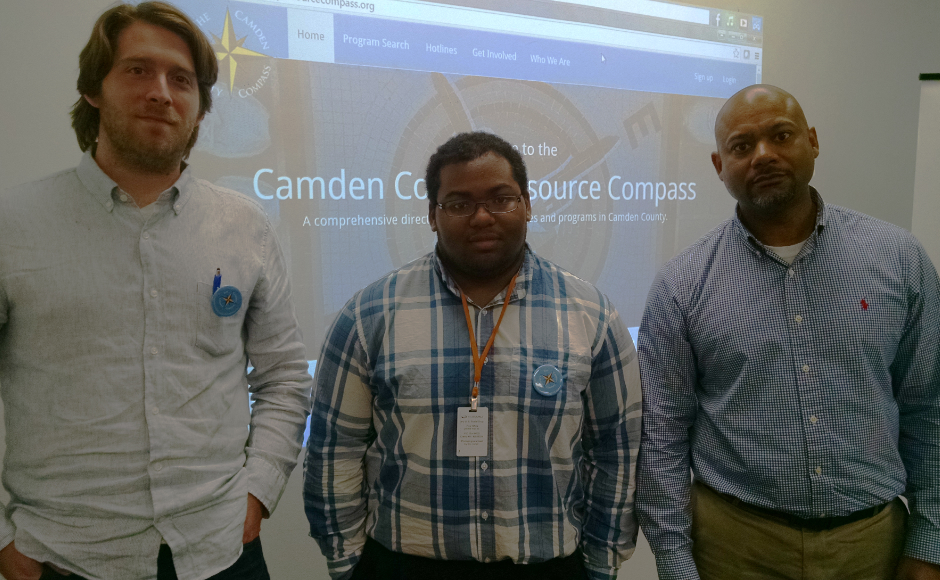 Last week marked the debut of the Camden County Resource Compass, an effort by the nonprofit Hopeworks N’ Camden to bring into the digital age social service information that is otherwise narrowly accessible and often overlooked in print form.

North Camden resident Justin Connor, who worked on database development for the site as a Hopeworks intern, said the project was geared towards improving quality of life for everyone in region.

“Everybody deserves a fair chance at life,” Connor, 19, said. “We need as many people as we can. We can’t just let people sit down [and give up].”

The limited availability of existing resources, or barriers to accessing them, can frustrate the people they are most intended to benefit, and can prevent them from getting help. One of the goals of the Resource Compass is to take information usually available only with the guidance of social service agencies and make it more broadly accessible.

“People need this within such a limited amount of time, they can’t be doing this forever trying to find a simple couple key words in a 500-page book,” Connor said. “[If people say] ‘I’m stuck, I want to give up,’ we’ve lost.

With the Resource Compass, “all you have to do is type in a couple letters and scroll down,” he said.

Camden County Freeholder Carmen Rodriguez described the project as helping realize the vision of the county Covenant for Children and Families, which she called “a vision of success for families, youth, and children.” To achieve those goals functionally requires greater coordination among the agencies that serve the most vulnerable communities.

“For us as a county, it’s by bringing organizations to work together to bring down those silos,” Rodriguez said. “[It’s] not [about the]duplication of services, but [the distribution of]services where they need to be given at the point that they are needed.” 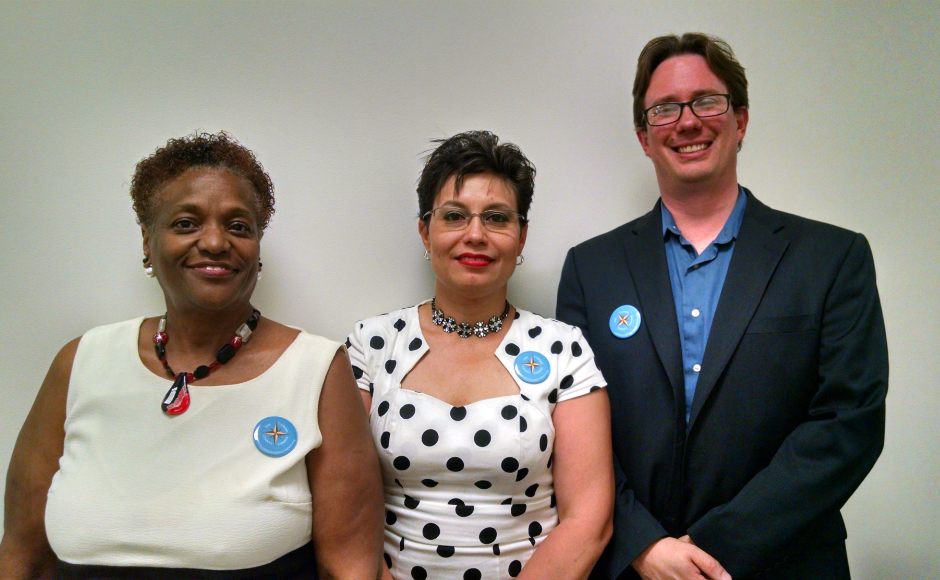 Hopeworks Web Director Shane Pisko said technology can be an equalizer for students like Connor, who has parlayed his work with the nonprofit into an internship with Subaru, which is relocating its headquarters to Camden City.

“You can’t really learn particle physics online,” Pisko said. “You can learn everything there is to learn about web development, software development, via online resources, and there is a huge community out there for you.”

Hopeworks can be a support mechanism to provide “the encouragement and the structure” that filters those opportunities into measurable progress, Pisko said. In addition to offering Connor a practical technical education, his Hopeworks internship also had a residential component that helped reinforce the gains of the program in a supportive environment.

“If you could do this on your own but no one was telling you, ‘This is going to help you,’ then all that resource is useless,” Pisko said. “The main part of Hopeworks is the support structures.”

Hopeworks Executive Director Dan Rhoton views the internship program as a critical component of economic development for the next generation of skilled labor in the city.

“If you just train youth in Camden you’re going to teach them to leave,” Rhoton said. “If you have jobs and youth that are trained to take them, that’s how you change a city. [Connor’s] going to have sustainable income, live in Camden, make a livable wage. That’s how you make a difference.”

On the back end, Rhoton believes the Resource Compass can help organizations who need staffing, as well.

“How many times do you hear young people say, ‘I need help,’ and programs say, ‘We’re looking for young people,’” he said. “This greases the wheels and makes sure that the resources we spend actually get used.”

Preston Beckley, Salesforce Director for Hopeworks, said the internships his organization offers provides a chance to scout local talent and nurture it.

“All [Justin]  needed was an opportunity, and then that intrinsic ability that he has can be developed,” Beckley said. “Young people have an innate ability for this type of technology. This overall project gives them the opportunity to be able to develop and hone those skills that they have.”

“We’re living proof that given the right tools, you’re almost going to come up with the right path and the right choices,” Connor said.