Camden County Police arrested Lewis Miller, 34, and Miguel Nunez, 39, both of Camden, amid the seizure of a drugs and weapons cache at a heroin mill in Whitman Park. 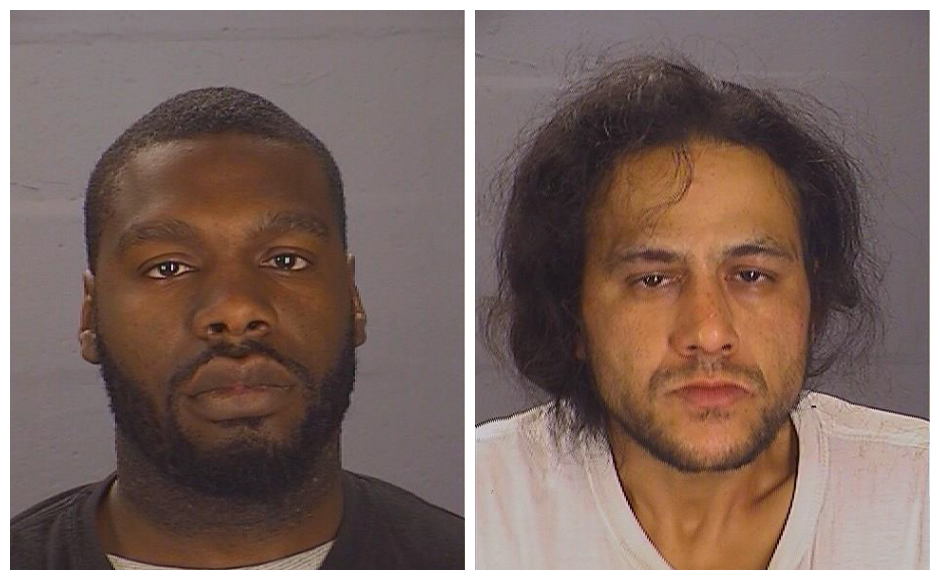 Lewis Miller (left) and Miguel Nunez were charged in a raid on an alleged Whitman Park heroin mill. Credit: CCPD.

Two Camden men that police allege were distributing as many as seven different stamps of heroin out of a Whitman Park drug mill were arrested Thursday.

Lewis Miller, 34, and Miguel Nunez, 39, both of Camden, were arrested by Camden County Police during the service of warrants at two residences in the 1100 block of Thurman Street and one in the 900 block of Jackson Street.

“We will maintain a relentless effort to target violent drug gangs and the poison they distribute on the streets,” said Camden County Police Chief Scott Thomson in a statement. “Overdoses in the region continue to rise, and the correlating gang violence must be stopped.”

The arrest comes on the heels of a major drug bust Thursday, in which 15 members of an alleged ring of top heroin and cocaine suppliers in Camden and North Philadelphia were charged.