Both redevelopment projects are related to the 2015 builder’s remedy settlement that preserved locally 1,000 affordable housing units and 160 acres of open space, including Woodcrest Country Club. About 100 Cherry Hill residents jammed the township council chambers Monday to protest a redevelopment project that would bring 300 apartments to Hampton Road.

Nearly 30 of them spoke for the better part of three hours, airing objections over housing density, property value, and perceived loss of quality of life if the project advances.

Many of those who voiced their opinions hailed from the Still Park neighborhood, which is tucked between the Merchantville Country Club and Chapel Avenue, and which would border the Hampton Road project.

In the end, the government tabled any decision on that plan until its next meeting July 24.

It did approve a related redevelopment agreement for a comparable parcel on Park Boulevard. Both projects are the result of a builder’s remedy lawsuit that was settled in 2015 with an entity backed by the First Montgomery Group, the details of which are outlined by Philly.com here.

Those agreements seemed to matter very little to township residents who feared their community was being divided along socioeconomic lines by the projects.

Resident Patty Magnus worried that the Hampton Road proposal would unduly burden the surrounding neighborhood with traffic concerns, and asked the governing body to throw its support behind a stronger public transit system.

“Dense projects should only be located near the Hi-Speedline or alternative light rail,” Magnus said.

She also urged the local government to concentrate its efforts on developing a transit hub at the Garden State Park, where dense housing could be concentrated around a true town center project.

“I implore council to vote no to the Hampton Road project, and any dense development, pending an update of Cherry Hill’s master plan and tie-in to public transit,” Magnus said. 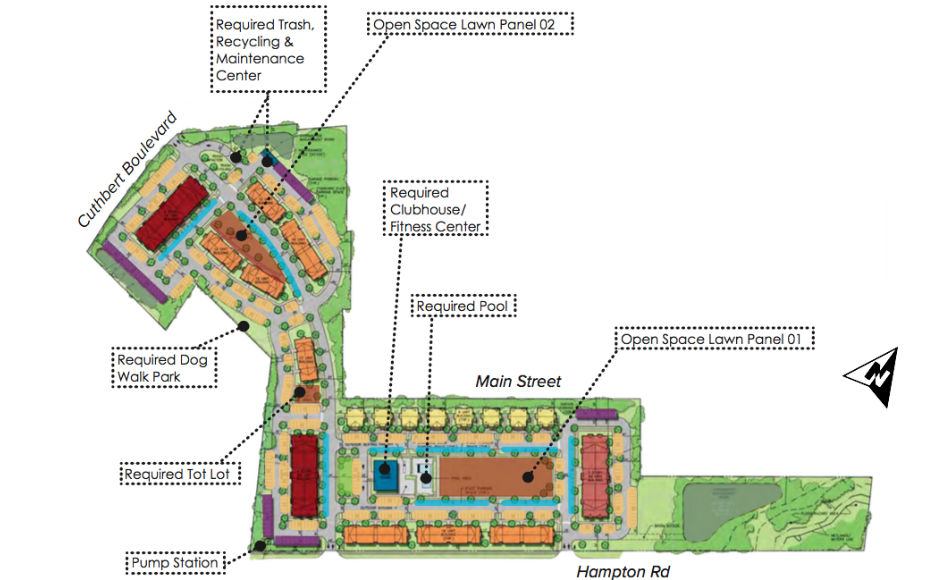 Resident Wendy Kates worried that homeowners in Still Park would see their property values fall if their land backed up to “a dense housing project, which she called “a slippery slope to bankruptcy.

“Homeowners are having their financial stability threatened for the benefit of low-income renters and high-income speculators,” Kates said. “Why should the homeowners in Still Park take the hit for saving Woodcrest?”

Kates and other of the 29 residents who offered comment expressed resentment for what they viewed as an East-West divide in the township. She and others cited the disparity of multi-family units in each of side as a product of political choice rather than decades of unplanned municipal development.

“Does it have to be four-story apartments?” asked Jesse Randolph. “We’re exceeding the height. The West side is loaded with apartments as it is.”

“We don’t want our property value to go down because it’s convenient for you to build it on our side of town,” said Still Park resident Linda Wilson. 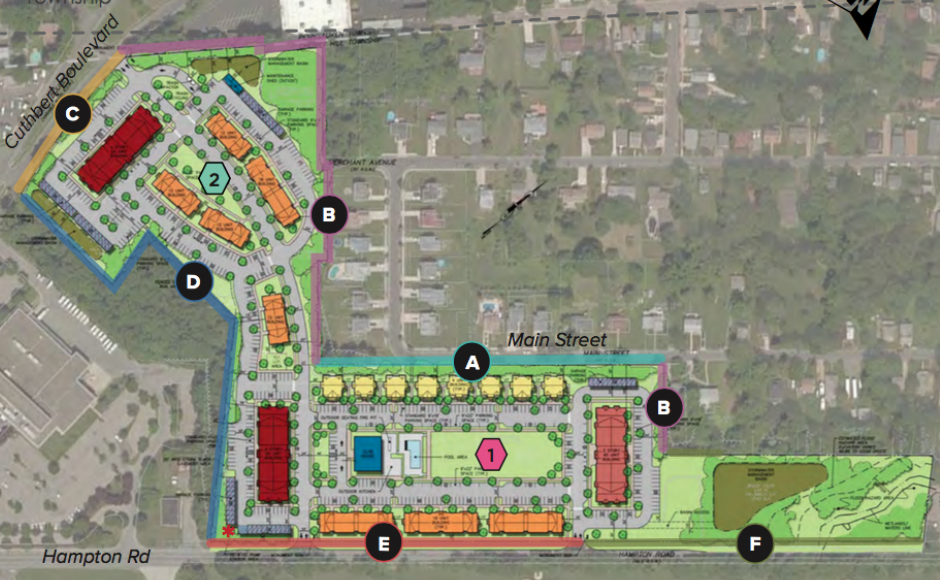 “We can’t take our community and have it be a nice community in one zip code, an okay community in another zip code, and the third zip code be something where you want to dump what you don’t want in your backyard.”

“Conservation of as much land as possible is crucial to our future,” Mikhael said. “Why is our 80-year-old, over-an-acre forest filled with natural wildlife not green enough to be protected?

“Those animals were not here from the beginning,” she said. “They came because they were already displaced. Where are they going to go when you take that forestry space?”

Resident Michael Quinn fumed at the thought that residents of a four-story apartment building would be watching his children in the pool in his backyard.

“It’s a personal safety concern for my family now,” Quinn said. “I don’t want to make any threats, but it’s going to be a big problem. If these apartments go up, I will be a problem.”

Mamon Bey, who moved into Still Park in 2005 “because we were coming into a neighborhood,” said the rental units would detract from that environment. 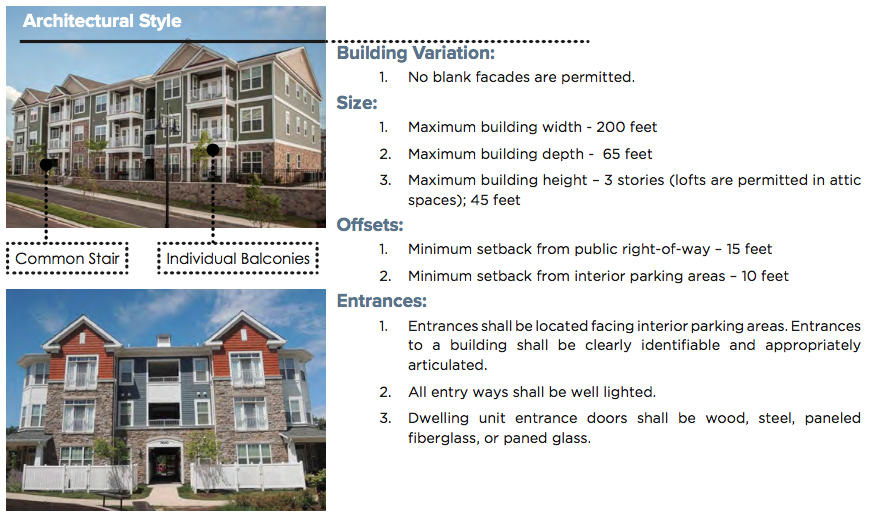 “I don’t care how you dress it up. I just don’t see that being the final result,” he said.

“As we all know, renters don’t have the same type of investment in value as owners. I don’t think we’re averse to development, but I do think the right type of development needs to be considered.”

Still Park resident Celestine Williams said her neighborhood is “second to none, first to all,” because its inhabitants care for one another and maintain their properties.

“I think it’s a very undeserving thing to want to disrupt our neighborhood,” Williams said. “We need our neighborhood just as it is, nothing added and nothing taken away.”

Pennsauken resident Kevin Frost, a schoolteacher who participates in Sustainable Cherry Hill, said he sympathized with residents as well as the position of the local government.

“These are really tough situations,” Frost said. “In this community, we’re going to see more of these issues as the township ages, and more of these properties become abandoned.”

Council President David Fleisher promised that the government would have more conversations with the residents and the developer about the details of the plan.

“We know that there’s a lot of anxiety and tension over it,” Fleisher said. “There’s going to be a regroup, which allows us to start dissecting and sharing information with the public, and it will be communicated when any future action will be.” 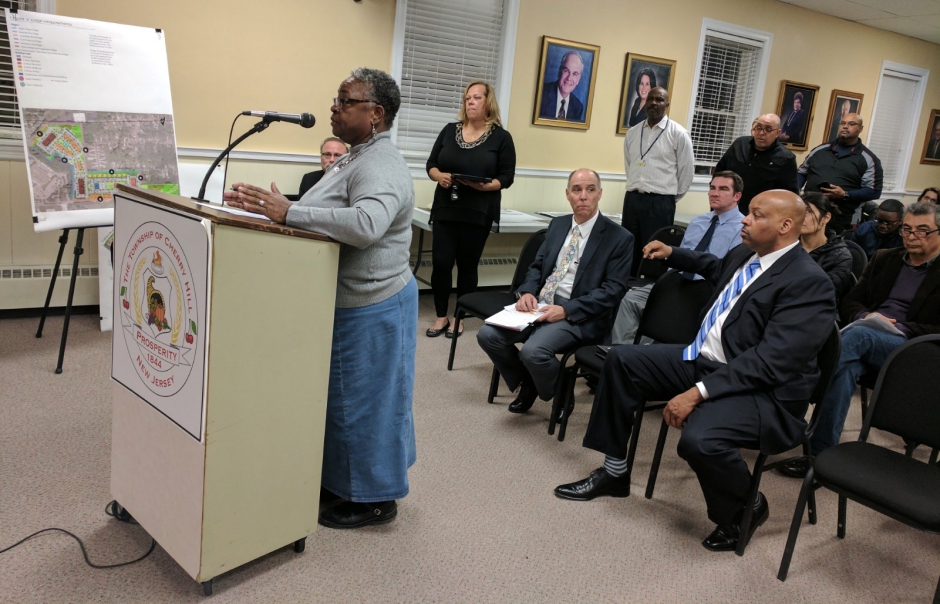 Other members of the council objected to residents’ characterizations of affordable housing and rental properties as detrimental to the community.

Councilwoman Carole Roskoph spoke about having raised her son in low-income housing.

“Those families want the same things for their kids that we want for ours,” Roskoph said.

“We’re talking about real people with real children with real lives, and those children and those families deserve the same things that we all want our kids to have.”

“A family’s a family whether you rent or pay a mortgage, and we should not make negative comments about those who live in apartments,” Kane said.

Councilman Jim Bannar, who said he’s lived on the west side of the township for 51 years, bristled at the suggestion that the governing body makes decisions along neighborhood lines.

“Before I make my decision, I look at my own family, I look at my own history,” Bannar said. “I base that decision not only on my neighborhood but on neighborhoods all over town. Don’t let that cloud of confusion think that we’re up here for any certain agenda based on living on the East side or the West side.”

Cherry Hill Mayor Chuck Cahn said the governing body will continue to meet with the developer based on neighbors’ feedback, and promised to explore new possibilities. He said the local government has met with Still Park residents multiple times already, and that their input already has helped shape changes to the plans.

“Residents spoke about traffic concerns on Hampton,” Cahn said. “We encouraged the developer to purchase extra parcels and get flow onto Cuthbert and Route 38.

“They have a responsibility to retain all the water onsite. With development, the water has to be managed onsite and filtered into the county stormwater management system.”

Cahn objected to the idea that his administration was trying to stash rental units on the West side of town. He pointed out that the parcel is zoned for industrial use and could be redeveloped for those alternative purposes as well.

“Older areas of Cherry Hill need redevelopment,” the mayor said. “The inner-ring suburb is the oldest and happens to be the most in need of redevelopment.

“It’s a big town,” Cahn said. “We have a responsibility to take the oldest sections and redevelop them. The flip side is, we do nothing, and then somebody looks and says, ‘Why don’t you redevelop the blighted areas?’”

Cahn also took exception to the characterization of the settlement brokered with the First Montgomery Group was preserving the Woodcrest Country Club rather than securing protections for open space throughout the township.

“We preserved it as open space forever,” Cahn said. “It doesn’t even have to be a golf course.”

Bridget Palmer, Cahn’s Director of Communications, said the protections of that settlement are greater than preserving any one block.

“It wasn’t to preserve the golf course, it was to make sure that 160 acres is preserved,” Palmer said. “Any parcel of open space was subject to development. It was bigger than one plot of land.”