Cherry Hill FD completed a three-year accreditation process to earn an ISO-1 classification, just the third department in the state to do so. It could mean lower insurance rates for residents and businesses. 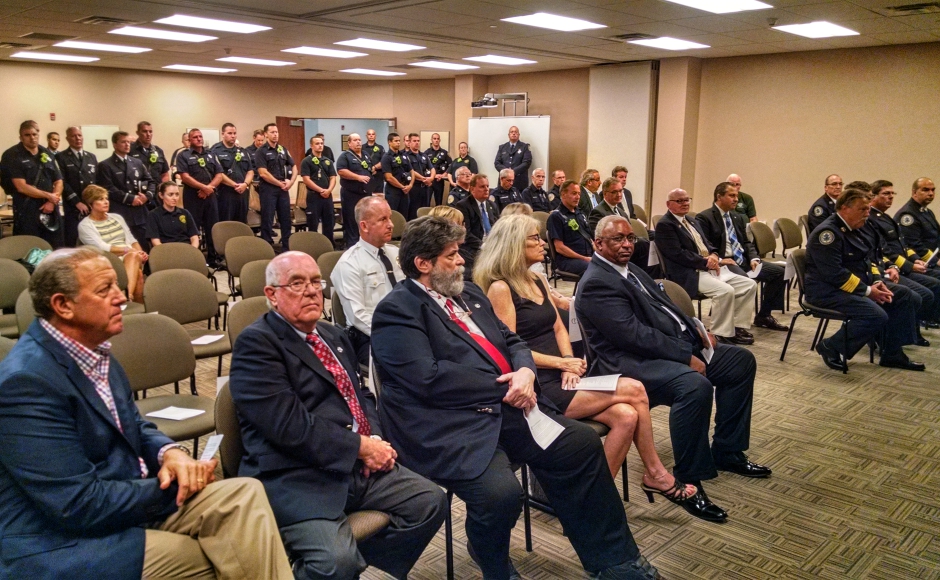 After an intensive, three-year evaluation process, the Cherry Hill Fire Department was awarded an ISO-1 classification, a rare, international accreditation that few of the nation’s 30,000 fire departments have ever attempted to achieve.

The certification, which is the highest available from the International Organization for Standardization, is good for five years.

It was verified through the Center for Public Safety Excellence (CPSE) and the Commission on Fire Accreditation International (CFAI), and comes in a year in which the department has also received an Aa1 bond rating upgrade by Moody’s Investors Service.

“This didn’t just happen because we decided a few years ago to pursue accreditation,” said Hugh H. “Skip” Gibson, IV, Chairman of the Cherry Hill Board of Fire Commissioners.

“It’s the summation of all the work that’s gone on for the past 23 years,” he said. “Hard work has gotten us to this point.”

The ISO certification reflects the ability of the community to protect itself from fire losses, said Cherry Hill Fire Chief Thomas Kolbe. It could lead to lower insurance premiums, particularly for businesses, because the designation reflects the level of fire protection and prevention services provided by the township.

Certifications are earned on the strength of infrastructure components, such as emergency communications and reporting; telecommunication; dispatch, deployment, and response; number of firefighters on duty and their levels of training; available water supply; and overall community risk reduction.

“These achievements didn’t happen overnight,” Kolbe said. “They represent a lot of hard work with the Cherry Hill Fire Department since 1994. A strong fire department is only as strong as a strong, vibrant, diverse, and progressive community.

The department was first certified as an ISO Class II department in 1999 under Chief Jerry Grover, and was re-evaluated in 2009 under Chief Robert Giorgio, and during the intervening years, “we were looking at ways to make the changes necessary to get to this level,” Kolbe said.

“They’re grading you on your response model, your experiences, the way you do business,” the chief said.

Among the new components of the evaluation is a community risk reduction assessment for fire code enforcement, which Kolbe said involves fire prevention services from code enforcement to hazard definitions to public education. 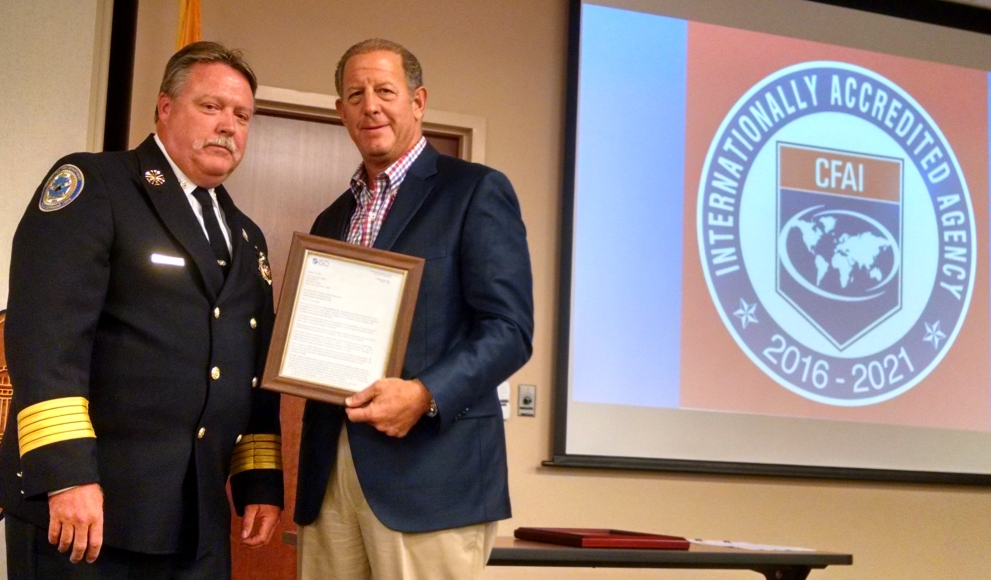 The chief said Cherry Hill residents should understand that “their fire department is serious about providing them quality.

“We’re all hazards, not just fire and EMS,” Kolbe said. “We have technical rescue; hazardous materials.”

“They shouldn’t be afraid to call us,” Kolbe said. “We work for them. We’re here to respond to their request for help, no matter what it is.”

Cherry Hill Mayor Chuck Cahn said the certifications have a direct commercial impact to the community through potentially improved insurance rates. He praised the department for opening itself to the criticism and scrutiny that comes with the accreditation process.

“It’s really been almost a three-year process,” Cahn said. “More departments in the United States aren’t reaching these goals because it’s onerous. It’s inward-focused, and you uncover a lot of your deficiencies. We see what we’re doing right.”

Cahn said that police departments are exploring ways to become similarly accredited, and that the process allows first responders to compare their processes “against some of the best in the country.”

The cost of fire services in Cherry Hill amounts to 28 cents of every $100 of assessed value in property taxes, or about $626 annually for a home assessed at the township average of $223,500.